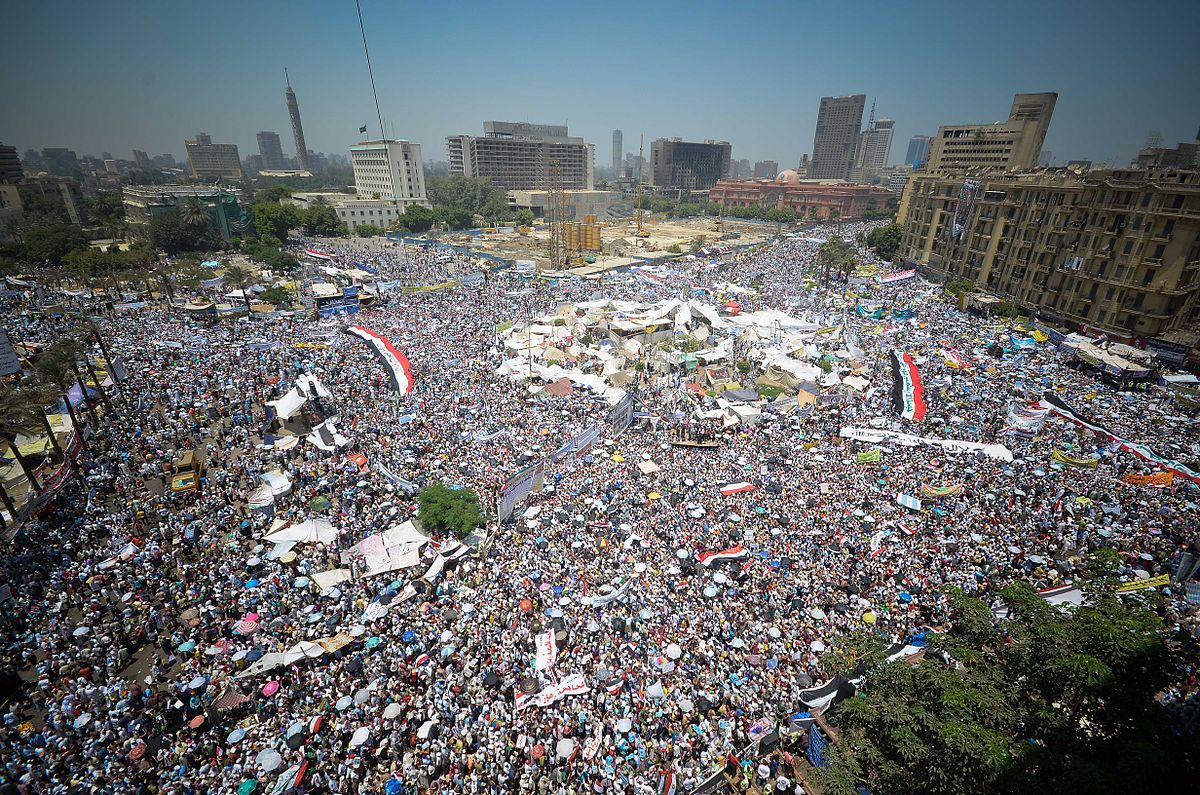 The Generation first launched in January 2010, over a decade ago. Over the past ten years, our articles have followed world events from the outbreak of the Occupy Wall Street protests and the assassination of Osama Bin Laden, to the Mexican War on Drugs, Edward Snowden’s leaks about NSA surveillance, the outbreak of Hong Kong’s Umbrella Movement, the Syrian Civil War and refugee crisis, and the advent of the Trump era.

But the Arab Spring holds a special place in The Generation’s memory.

We had just started writing when mass protests threatened the regime of Libyan dictator Muammar Gaddafi in 2011. Before regime change occurred, we argued, in keeping with the naiveté of the era, that “a plan to oust leader Muammar Gaddafi while preventing a potential coup by terrorist organizations seems a step in the right direction.” When Gaddafi was killed by opposition forces, we optimistically described the event as Libya “enter[ing] a new era,” greeted by the Libyan people in a “spirit of celebration.” We, like many other international observers during the Arab Spring, were caught up in the giddiness and seemingly endless potential of the moment.

We were even more enthused by the parallel outbreak of mass demonstrations in Mubarak’s Egypt. In 2011, we published personal narratives from an Egyptian-American immigrant student whose family proudly took part in the protests and a fourth-year student studying abroad at the American University in Cairo amidst the unrest who contemplated the potential boons and dangers of the regime transition after Mubarak’s ouster.

By 2012, we reflected more cautiously on Egypt’s unclear future. We noted that the underlying socio-economic causes of the initial unrest had been left unresolved by the change in leadership and that the ruling Military Council continued to resist a complete transition to civilian self-rule. Egypt’s street children, who had turned to the streets with their countrymen in protest of their poverty and marginalization, still suffered repression, denial of government services, and exclusion from the public sphere. Still, hope remained that Egypt’s newfound revolutionary “pride, as well as the memory of apathy, [would] sustain Egypt through a long, complicated and sometimes controversial transitional process.”

Since 2011, neither Libya nor Egypt has democratized, as many hoped that they would. Libya today is paralyzed by civil war. In Egypt, Abdel al-Sisi, who removed his predecessor Mohammad Morsi as president of Egypt by military coup in 2013, remains atop an authoritarian regime. The initial exuberance of the protesters and sympathetic Western observers has faded into cynicism.

In Libya, Gaddafi was successfully pushed out of power by mass unrest and violence, but not by a unified political movement that could step into the power vacuum and restore a semblance of order. Armed militias, weak state institutions, and a fractured national identity did not bode well for a peaceful and orderly transition to democracy. This was especially true given the fraught political situation at the time — Gaddafi was not removed peacefully, but instead through a bloody civil war in which opposition forces received NATO backing. In the absence of a single post-Gaddafi movement or group with a wide-ranging mandate, the General National Council, the Libyan transitional government which lasted for only two years, failed to sufficiently legitimize itself and tamp down on disorder. Today, Libya is a war-torn proxy battleground for regional powers including the United State, Turkey, Russia, the UAE and Qatar, each intervening to protect their own economic and strategic interests.

Egypt’s revolution died in 2013, when Sisi’s military coup ousted Morsi and thwarted the country’s ongoing democratic transition. Morsi, Mubarak’s successor, was confronted in 2013 with mass protests accusing him of authoritarianism and Islamism, contrary to the Egyptian peoples’ desire for secular democracy. After Morsi failed to quell these protests, Sisi stepped in, removed Morsi from power, and suspended the Egyptian constitution. Why did this happen? Despite the population’s aspirations for Western-style democracy, Egypt lacked a political tradition of democracy, which severely hampered its ability to realize democratic government. Islamist groups like the Muslim Brotherhood dominated electoral politics, which caused non-Islamists to distrust the vote. The Egyptian state was so accustomed to authoritarian governance that each successive regime similarly repressed its opposition by, for example, brutalizing peaceful protesters, harassing the media, and purging judges. Ultimately, many Egyptians became disillusioned with the promise of democracy, finding themselves angered by a political process which went through the shallow motions of democratic elections and politics but was deeply tainted by authoritarian political culture. Today, Sisi continues to rule as Egypt’s dictator.

Our writers were not wrong when they described and embodied the Arab Spring’s hope for peaceful revolution across the Middle East. Unfortunately, they had simply not yet seen events play out. Despite the initial success of the Arab revolutions, most were crushed by dictators or, after toppling one autocratic regime, saw the rise of a new autocrat or the outbreak of ruinous civil disorder. Only one country, Tunisia, managed to steer a course from dictatorship to healthy democracy.

Despite its unrealized promise, the Arab Spring was a defining moment in modern political history. Thousands of young people rose up spontaneously to demand an end to corruption and dictatorship, putting their bodies on the line in the hope of a better tomorrow. And as they marched for their rights, we were inspired by their passion and conviction.

In many ways, The Generation found its voice covering the Arab Spring. We saw firsthand that when young people speak, the world listens. And even though the world remains beset with problems, we maintain that writing about those problems is an act of optimism. Our generation isn’t resigned to the world as it is. We’re eager to make a better world real.