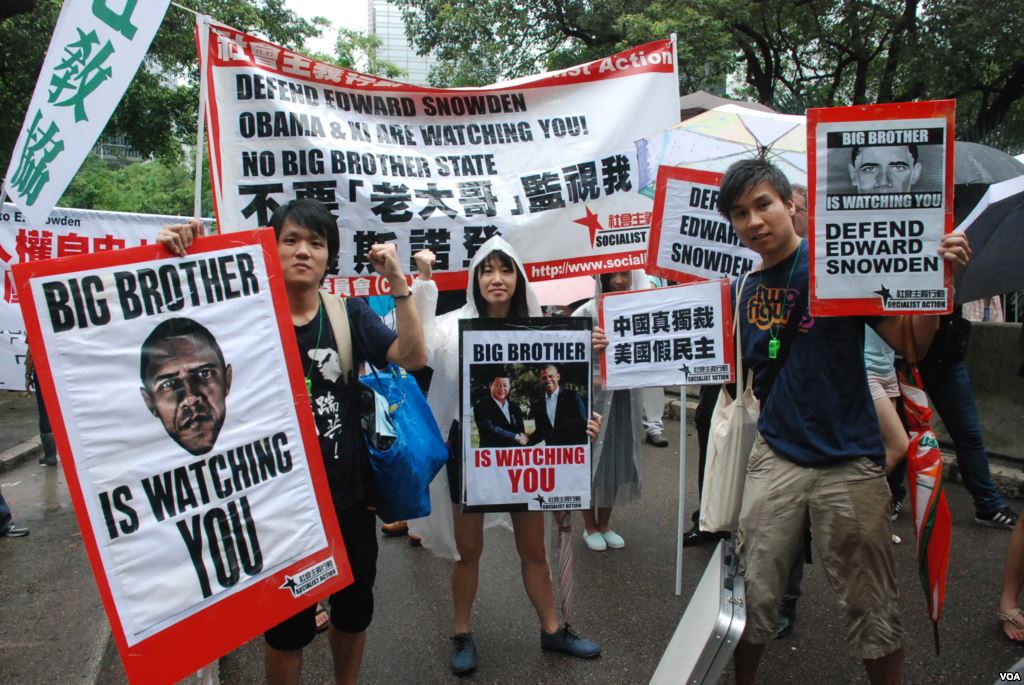 Edward Snowden’s exposure of the National Security Agency’s PRISM surveillance program in early June made sure that the media had an eventful summer. Shortly after Snowden revealed his identity as the source behind the leaks, every major newspaper published a legion of online opinion pieces that analyzed anything from the dualistic “Hero or Traitor?” question, to deeper commentaries about the appropriate balance between state security, right to privacy, and the freedom of speech. The Internet became a platform for debate for both journalists and readers around the globe alike; over 90,000 comments have been written on the over 40 articles Snowden interviewer Glenn Greenwald has published on the NSA and Snowden since June.

In some cases however, the ripples Snowden sent across the globe sparked up much more than just online debate. In Hong Kong, where Snowden was initially interviewed, hundreds of enraged protesters took to the streets to voice their disapproval of the U.S. surveillance program and oppose the charges against Snowden for espionage and theft of government property in mid-June. “Obama is reading your email,” placards read, along with “Free Speech” and “Respect Human Rights Support Snowden.” The protesters marched to the offices of C.Y. Leung, Hong Kong’s chief executive, where they asked that he extend all legal protections to Snowden due under the territory’s law. Although Leung failed to do so and Snowden eventually left the territory when it became evident that he would be detained if he remained, the Hong Kong residents’ fierce advocacy for the freedom of speech is undeniable.

The liberties allowed in Hong Kong, surprisingly or not, juxtapose greatly with the policies of the nation to which it belongs. Hong Kong’s status as one of the two Special Administrative Regions of China allows its citizens freedoms to protest, publish, and speak what they want. This would be unthinkable in Mainland China, where Internet usage is notoriously censored. The Communist government has set up a system called the Great Firewall that blocks foreign social media websites such as Facebook, Wikipedia and YouTube, and created its own versions of Facebook and microblogging networks, Renren and Weibo, respectively. Government-funded censors can maneuver these websites and delete posts that are deemed inappropriate; the most popular Weibo sites are said to have censorship teams made up of up to 1,000 people. Google searches for key phrases such as “Tibetan independence,” “Tiananmen Square protests of 1989” and “democracy”—all of which are controversial topics to the Communist government—yield few or no results. A Snowden-inspired debate on acceptable government limits to the freedom of speech would certainly not be allowed.

Consequences for criticizing the government online are severe, and seem to be getting worse. Arrests are frequent; widely followed blogger Charles Xue was most recently imprisoned in late August under prostitution solicitation charges. Xue had 12 million followers on Sina Weibo and blogged about topics such as child beggars and his own experiences with cancer. The arrest was widely covered by state newspapers, which led some to speculate that officials were cracking down and trying to send a message. This did not seem to be too far off the mark—on September 9th, China’s Supreme People’s Court and Procuratorate issued a judicial interpretation stating that spreading rumors on the Internet could result in three years in prison, with increasingly heavy consequences if the “rumors” are reposted over 500 times or viewed by more than 5,000 people. This is the first time existing laws against defamation in China have been officially extended to the Internet.

While online restrictions tighten, protests in China continue to increase. The number of reported “mass incidents” in China grew from 8,700 in 1993 to more than 90,000 in 2006, and up to 180,000 in 2010, according to the Chinese Police Academy. People protested anything from official corruption and government land grabs to Tibetan autonomy and environmental problems. Arrests were common at these protests, as might be expected. Jiangmen city in Guangdong province, however, made news in July when officials scrapped plans to build a nuclear facility in response to hundreds of protestors that took to the streets against its construction. The success of the public rally was unprecedented, and doubly significant in light of the tightening controls placed over the summer. The people of China seem to know that the government can’t possibly manage to keep them all quiet forever.

Whatever our opinion is of Snowden, it is clear that the debate that ignited the media this summer is unfortunately still sorely relevant to the world today. The strong reactions that Snowden inspired in the U.S. and Hong Kong can only stand as testimony to the fact that the freedom of speech is a human right people in every corner of the world are willing to risk going to jail for. Governments should be careful not to overstep their limits. If people persist, perhaps the day we can see online debates about the government in China will come soon enough.

All facts and figures taken from The Guardian, The Los Angeles Times, The Economist, and the MIT Technology Review.

Amber is a fourth-year Comparative Literature major at UCLA with minors in Global Studies and East Asian Languages, and an editor for the Generation.