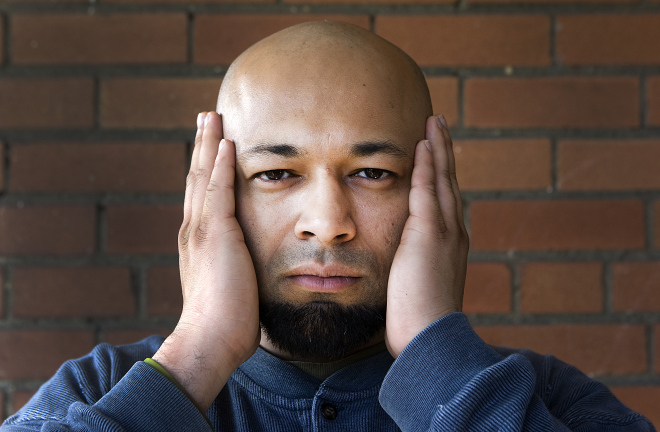 In light of recent radical Islamic terrorist attacks worldwide, individuals everywhere are feeling uneasy and unsafe. The topic of national security has moved to the forefront of political agendas and has become an integral part of international discussions. In the United States, 49% of citizens are worried that they, or someone in their family, will become a victim of terrorism. This percentage is the highest it has been since the year following 9/11. According to a new Washington Post-ABC News poll, “Over three-quarters of Americans doubt the nation’s ability to stop ‘lone wolf’ terrorist attacks by individuals acting on their own.” Additionally, 59% of Republicans, 38% of Independents, and 15% of Democrats support a ban on all Muslims wishing to enter the United States. For a nation that prides itself on freedom and equal opportunity for all, these are surprising numbers, which reveal the success of radical extremists in their ability to create widespread fear and anti-Muslim sentiment.

In an effort to learn more about the goals and recruitment strategies of ISIS, a colleague and I recently interviewed Mubin Shaikh—an ex-extremist turned counter-terrorism operative, and author of the book Undercover Jihadi. Born in Canada, Shaikh was raised Muslim and became influenced by the radical ideas of the Taliban and al-Qaeda. He began actively recruiting other young Muslims for the cause of jihad. After the events of 9/11, however, he questioned Islamic extremism and travelled to Syria, where he underwent deradicalization—a process he defines in his interview as “a full cognitive shift away from extremist thinking.” Upon his return home, he began working undercover with the Canadian Security Intelligence Service in the “Toronto 18” case, in an effort to prevent extremist attacks.  Today, he works to stop radicalization using social media to directly engage Islamic State sympathizers, while also speaking out against Islamophobia, which he believes only fuels and encourages radicalization.

What many people do not understand is that the fulfillment of ISIS’ agenda is actually dependent upon worldwide discrimination against Muslims—all Muslims, even moderate, peaceful, law-abiding Muslims. According to Shaikh, “It would be laughable if it wasn’t so serious how easily people are falling into that trap. ISIS has actually written a document in which they wrote and said ‘we will commit these attacks so as to create retaliation on Muslims to make them feel so isolated and marginalized that they will be pushed into our waiting arms.’”

Shaikh is referring to both a manifesto called “The Black Flags from Rome,” as well as the February edition of ISIS’ online magazine, Dabiq, in which the Islamic State warned, “Muslims in the West will soon find themselves between one of two choices.” This statement was published in the weeks following the massacre at the Charlie Hebdo offices in Paris—an abhorrent act that only heightened the pre-existing tension between French Muslims and their fellow citizens. The group boasted that the attack had “further [brought] division to the world,” and “eliminated the grayzone,” representing the coexistence between Muslims and their non-Muslim neighbors. The text further explains that Muslims living in the West will soon feel so isolated and marginalized, they will be forced to “either apostatize … or [migrate] to the Islamic State, and thereby escape persecution from the crusader governments and citizens.” The term “crusader” is the title given by ISIS to every Western soldier, civilian, and politician, regardless of party or nation.

In the weeks following the most recent attacks in Paris and San Bernardino, California, ISIS has seen their goal come to fruition—innocent Muslims everywhere have been experiencing acts of violence, hatred, and discrimination at the hands of angry, fearful Western citizens. Many in the West believe that Islam is a religion that promotes violence, without understanding that the majority of Muslims are peaceful. Shaikh explained that ISIS manipulates the Quran, “cherry-picks” verses, and uses phrases out of context in order to piece together an outline for their violent mission.

In a more recent interview with VICE, Shaikh reemphasizes that widespread Islamophobia provides a major advantage to ISIS recruiters: “The sad reality is, you have people on the right who might as well directly take the marching orders from ISIS because they’re doing the work for them.” ISIS targets individuals who feel isolated and rejected. Youths are an easy target given their desire to formulate their own identity and find a community to which they belong. Shaikh comments, “Your brains are still developing until your mid-twenties. That’s a time when you’re susceptible to influences from adults, community members, and religious members.” ISIS preys on the vulnerability of ostracized youths, reaching out to them via social media platforms such as Facebook, Skype, Twitter, Instagram, etc. “They’ll take screenshots and continue to engage you until they feel like they can successfully recruit you,” says Shaikh. He also solemnly discusses the impossibility of quitting ISIS once an individual has been recruited: “Their lives are destroyed. And it will be very, very difficult for them to leave that place. Some of them have been executed because they were creating ‘too many problems’ because they wanted to go home.”

While widespread fear and anger might seem inevitable in light of current events, Shaikh encourages individuals to educate themselves on the goals and strategies of extremists, and to resist the temptation to perpetuate the anti-Muslim sentiment which only further fuels radicalization and polarization.