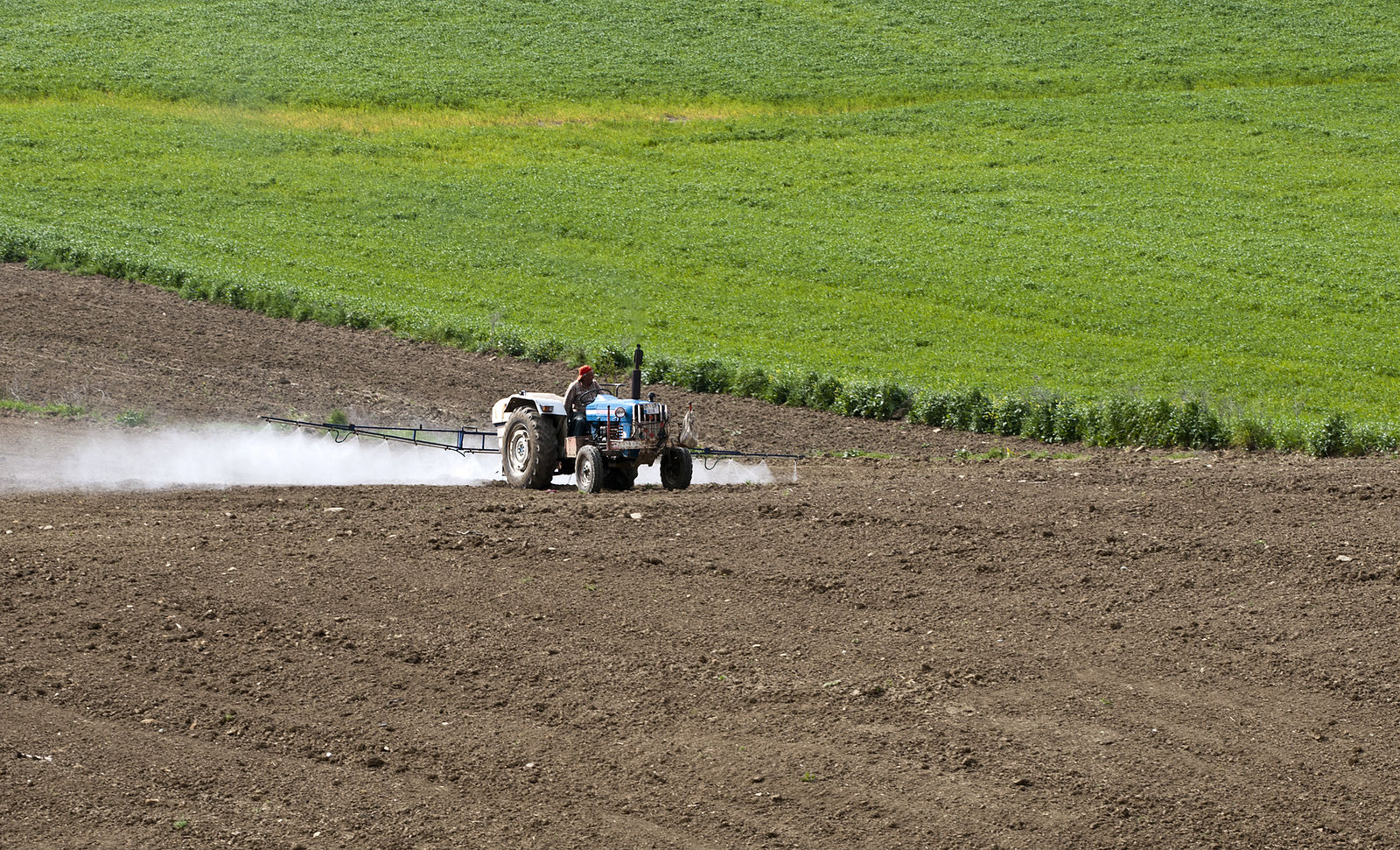 Following two years of negotiations and approval seeking from various governmental bodies, the  acquisition of the American agricultural biotechnology company known as Monsanto by the German pharmaceutical and life sciences giant Bayer was approved in spring 2018. Less than half a year later in August, Dewayne Johnson of the Bay Area was awarded $289 million in a civil suit which charged Monsanto’s infamous Round-Up Ready herbicide–also known as glyphosate–with causing Mr. Johnson’s diagnosis of non-Hodgkin’s lymphoma.

For years, Monsanto has been decried by environmentalists and farmers alike for its pesticides, herbicides, genetically modified seeds, and seed policies. Additionally, with Bayer’s acquisition of Monsanto, there are concerns for monopolization of the global seed market, as Bayer itself is a highly important player in the field of agriculture. This article seeks to understand the implications of a potential monopolization of the global agriculture system. First, however, this article will provide a background with a brief overview of the various controversies associated with Monsanto.

Criticism of Monsanto has spanned decades. During the Vietnam War, Monsanto was the largest American manufacturer of Agent Orange, an herbicide and tool of warfare used by the American military. Research in this area suggests that exposure to Agent Orange is associated with negative health effects. Vietnamese people and American veterans who were exposed to Agent Orange have been found to have higher cancer incidence rates than those who were not exposed. Meanwhile, the spraying of Agent Orange in Vietnam resulted in serious environmental problems, namely deforestation and reduction in the diversity of animal species.

Additionally, the seeds produced and patented by Monsanto have been a major source of controversy. One common charge involves cross-pollination lawsuits. For example, if a farm has planted the seeds of a patented GMO and, by way of cross-pollination, these seeds reach a neighboring farm and produce plants, it is often believed that Monsanto will sue, and has sued, the latter farm simply because of wind patterns affecting the movement of pollen. However, in reality, as one NPR article notes, there have been no such suits. But in 2013, the United States Supreme Court heard a seed saving case involving Monsanto. Based on patent law, the Court ruled in favor of Monsanto, which had sued a farmer from Indiana for saving seeds. Saving seeds refers to the practice whereby after harvest, seeds are saved and planted during the next year. Monsanto requires farmers who purchase their seeds to sign contracts in which they pledge not to save the patented Monsanto seeds they purchase in a given year. Still, this issue and the surrounding debate remain controversial as many question the practice of granting companies patents of living things. Arguably, patenting seeds is especially problematic as seeds are, both literally and symbolically, one of the most important living things on the Earth. Further, in India, over ninety percent of the cotton seed is controlled by Monsanto. In fact, some have even argued that increased suicide rates among Indian cotton-farmers is associated with Monsanto’s practices and patents of seeds. The evidence regarding a causal relationship is not conclusive, and many argue that a causal relationship does not exist; still, it is striking that Monsanto owns over ninety percent of the Indian cotton seed.

Additionally, the biotechnology of Monsanto has serious implications for agriculture and the environment. Round-Up Ready, also known as the chemical glyphosate, is the most popular herbicide used in agriculture. Glyphosate is a powerful chemical that is able to eliminate the growth of unwanted plants such as weeds. Yet glyphosate is also capable of killing valuable plants too. It is for this reason that Monsanto created genetically engineered crops that are resistant to glyphosate. The first of the company’s genetically engineered crop was the soybean in 1996. However, the use of glyphosate has the potential of developing so-called superweeds, which are resistant to glyphosate. Also, the development of such superweeds may induce the increased use of herbicides and pesticides by farmers attempting to contain such weeds. It is for these reasons that some protest Monsanto on environmental grounds.

Another issue is that there are concerns about the impact of glyphosate on human health. In 2015, the World Health Organization’s  International Agency for Research concluded that glyphosate is a possible carcinogen. And, as discussed, a recent court ruling in San Francisco ruled in favor of Mr. Johnson, who claimed that Monsanto’s Round-Up Ready herbicide caused him to develop cancer. Monsanto, now considered a ‘unit’ of Bayer, faces thousands of other similar lawsuits, with many dying individuals in Northern California being given expedited trials. Still, Bayer is arguing that Mr. Johnson and the court ignored certain pieces of scientific evidence which claim that their is no link between cancer and glyphosate, and are seeking a mistrial.

However, it ought to be noted that the link between glyphosate and cancer is one that is under debate. For example, the National Institutes of Health and the Environmental Protection Agency have concluded that glyphosate is likely not carcinogenic. Monsanto has also been accused both of attempts to suppress scientific research reports which offer a negative assessment of Monsanto pesticides, and also instances of ‘ghostwriting’ scientific research findings which hold that glyphosate is safe for human health. For example, The New York Times notes of one 2015 article posted on the Forbes website that is believed to be ghostwritten by Monsanto but is credited to an academic named Henry I. Miller. Still, however, a study published in Scientific Reports found a link between glyphosate and fatty liver disease. Along with the recent court ruling, the possibly carcinogenic nature of glyphosate has been particularly salient in the last several weeks following a report that found traces of glyphosate in cereal such as Cheerios. The environmental research and advocacy group that published this report, Environmental Working Group, claim that such traces of glyphosate can says could “increase cancer risk for children.” However, as stated, findings about the nature of glyphosate remain inconclusive.

Amid the debate on the health and safety of glyphosate, there has been much talk in the European Union on the question of whether or not glyphosate should be a banned chemical. Many contend that glyphosate should be banned across all EU member states. While states such as Belgium voted against re-licensing glyphosate in the European Union in 2017, the vote ultimately ended in Monsanto’s favor with glyphosate’s license being extended for an additional five years. It will be interesting to see whether the acquisition of Monsanto by Bayer, a German company, will have any effect on the use of glyphosate in the EU.

Further, Bayer’s acquisition of Monsanto suggests that alterations in the agricultural arena await. First, it should be noted that there has been a recent trend of consolidation in the agriculture industry. For example, before the Bayer-Monsanto merger, the companies Dow and DuPont merged, as did Syngenta and ChemChina. As Mark Connelly, an agriculture analyst notes, Bayer’s acquisition of Monsanto indicates that “$1 out of every $3” that farmers spend on seeds, pesticides, and herbicides will go to Bayer. In other words, a third of the world’s agriculture supply is now controlled by one company–Bayer. This consolidation has farmers across the globe concerned. For many, the increased trend of monopolization means increased prices. This is supported by data and research from the Farmers Business Network. In research that focused on the price of corn seeds and chemicals, this group found that greater market share was associated with higher market prices for products. As mentioned, Bayer now controls a third of the market share. Dow-Dupont and Syngenta-ChemChina are not far behind.

Monsanto has historically been associated with a variety of controversial products and practices. Despite all this, it is undeniable that the science and innovation of Monsanto has been remarkable. For instance, in the 1990s, the ringspot virus threatened to destroy the papaya industry in Hawaii. However, Monsanto, which had a patent on transgenic technology, allowed for this technology to be used to create the Rainbow Papaya, a genetically modified papaya that is resistant to the ringspot virus. This saved the Hawaiian papaya industry. However, there is the the fact that Monsanto manufactured Agent Orange, a biochemical weapon with possible long-term health effects, that was used in Vietnam. But Monsanto was not the only company contracted by the American government to produce this war chemical. There is also the fact that Monsanto’s patents over biological entities, such as seeds, has also received considerable attention. However, sensational claims of Monsanto suing small farmers because of wind patterns and pollen drift appear unsubstantiated. Also, the health and safety of Round-Up Ready is a current and hotly-debated topic. Thus, while Monsanto has been a topic of debate for decades, it is not clear whether Monsanto has done more harm than good, especially with regard to the agriculture industry, human health, and the environment.
Finally, while the acquisition of Monsanto by Bayer means that, legally, the name Monsanto refers to a company of the past, doubtless, the issues associated with (what was) Monsanto will continue to persist. Further, this recent acquisition marks a highly significant moment for the global agricultural sector. It is especially important to see how all of this will unfold in the coming years.