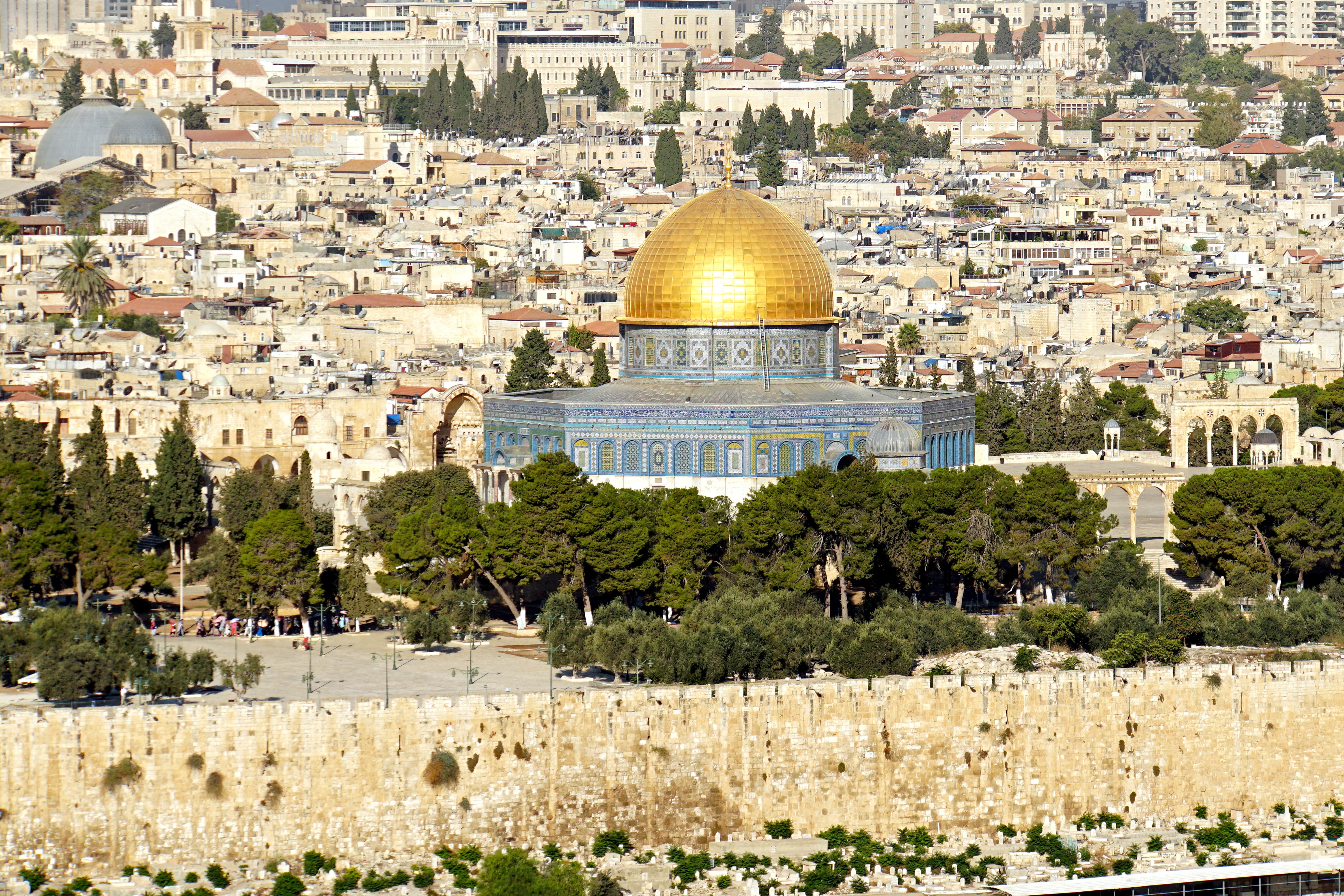 In one of the more contentious decisions in a presidency already packed with controversy, President Trump’s announcement in December of 2017 to recognize Jerusalem as Israel’s capital and move the U.S Embassy there remains one of the more diplomatically significant choices he has made so far. Yet not for the reasons most would think. While many express fear over disrupting the potential for peace between Israel and the Palestinians, it is rather America’s broader goals in the Middle East that are threatened by the decision.

Despite near-unanimous passage of the Jerusalem Embassy Act of 1995 mandating the move of the American Embassy from Tel Aviv to Jerusalem, Trump’s predecessors have continuously delayed the decision citing fears of disrupting peace negotiations with the Palestinians. Unsurprisingly, in the wake of Trump’s precedent-breaking announcement, similar concerns were raised. The New York Times called the move “destabilizing,” saying that it “would make achieving peace even more difficult.” German Chancellor Angela Merkel and British Foreign Secretary Boris Johnson echoed that concern by claiming that recognition would further disrupt peace talks. Moreover, other allies and editorials alike expressed fear that the decision would jeopardize American credibility as an honest peace broker between the two parties.

Although these desires for peace- and therefore the concerns about endangering its success- are genuine, the fear that recognition of Jerusalem’s status will be the decision that triggers a breakdown in the peace process are naïve. Rather, negotiations are at a standstill and have been for years. Ever since the 2000 Camp David Summit between President Bill Clinton, former Israeli Prime Minister Ehud Barak, and Palestinian leader Yasser Arafat ended without an agreement, there has been little to no meaningful discussion of peace between the parties. Trump’s decision will do little to change that. Israeli Prime Minister Benjamin Netanyahu and Palestinian National Authority President Mahmoud Abbas have rarely met during their lengthy tenures and the leaders never developed a framework for furthering the peace process. Negotiators on both sides, such as former Israeli foreign minister Shlomo Ben-Ami and former Palestinian Prime Minister Ahmed Qurei, have said the peace process is “ended” and “dead”. As Israeli society continues to move to the right and the last bastion of Palestinian officials involved in genuine peace talks have aged, both sides seem to be losing the political will to make the necessary sacrifices for peace. As both peoples are increasingly tolerant of the deadliness of the status quo, peace is becoming impossible.

Thus, while recognition of Jerusalem as Israel’s capital will have little impact on an already moribund peace process, America’s broader goals in the Middle East are seriously threatened by the decision, specifically the U.S’s objective of building a Sunni Muslim alliance to confront an budding Iranian menace. With a centuries-old religious rivalry between the two main Muslim denominations– Sunnis and Shi’ites– construction of a Sunni alliance to limit Shi’a-led Iran’s power would seem to appeal to the region’s majority-Sunni states such as Egypt, Saudi Arabia, and the United Arab Emirates. In the eyes of the State Department, such an alliance would ideally be led by these nations, with the goal of luring other Middle Eastern states such as Qatar, Oman, and majority-Shi’a Iraq away from Iran’s grip. The objective would be to construct a military, economic, and diplomatic coalition that isolates the Iranians by locking them out of the region’s affairs, and in the process, effectively reduces their regional power and influence.

The goal of a Sunni bloc to confront Iran is an admirable one on the part of the U.S given Tehran’s growing influence in the Middle East over the last two decades. Prior to the American invasion of Iraq in 2003, Tehran’s sole ally in the region was fellow Shi’ite Bashar al-Assad’s Alawite government in Syria. Yet after the invasion, dominoes began to fall in Iran’s favor. The first was the election of a Shi’ite-led government in Iraq in 2006 following the overthrow of Saddam Hussein, once an Iranian adversary. Additionally, the political power of Hezbollah- the influential and militantly anti-Israel political party- and its Shi’a allies in Lebanon has grown since the 2008 Doha Agreement granted the Iranian-proxy veto power in the Lebanese national legislature. These two changes, while seemingly small, have left Iran with a crescent of control from Tehran, through Baghdad and Damascus, to the Mediterranean.

Furthermore, relations have warmed between the Iranians and several Sunni states as well. In April of 2017, joint-military exercises were conducted between Iran and Oman, an American and Saudi ally. Likewise, Qatar has signaled intentions to increase ties with Tehran following a falling out with Saudi Arabia and the Gulf monarchies due to its support for Islamist groups such as Hamas, Hezbollah, and the Muslim Brotherhood. The Qataris announced in August of 2017 that they would be returning an ambassador to Tehran while also expressing interest in improving bilateral ties. Therefore, as Iran’s diplomatic power in the region has grown, U.S officials increasingly view a Sunni coalition as essential to curbing Tehran’s influence and protecting American allies and regional interests.

Yet as the U.S. pulls its military and economic resources from the Middle East, it is clear that many of these nations see more opportunity in aligning themselves with a regional player who’s power and influence seem to be growing– such as Iran– as opposed to waning. Additionally, the religious citizenry that makes up a vast majority of the Sunni states will undoubtedly question allying with the outwardly pro-Israel Americans to confront a fellow Muslim state.

Thus, even as construction of an alliance is already tenuous, Trump’s recognition of Jerusalem will only serve to make a difficult job more challenging. As both The Washington Post and The New York Times noted, the embassy move dealt a blow to the U.S’s credibility of being a fair mediator in the Israeli-Palestinian peace process as it outwardly showed America’s bias in the negotiations. This bias will not be lost on the Sunni allies that Trump seeks to persuade to join him in confronting Iran. For the Saudis and Emiratis, among others, actively associating and cooperating with the Americans to work against a Muslim nation is already politically risky. Doing so in the wake of American recognition of the third holiest city for Muslims as Jewish in nature however, will not only prove to be an even tougher case to sell to their respective populaces, but also damaging to their credibility within the anti-Israel Arab world.

Additionally, a country such as Qatar, whose support is crucial for any anti-Iran coalition, will be harder pressed to align with the Americans following the Jerusalem decision. Given Qatari aversion to Israel’s very existence and its financial support for groups such as Hamas and Hezbollah which openly seek the state’s destruction, the embassy move will only hinder American attempts to win Qatar’s support. Similarly, Iraq– another nation whose backing is critical– will be further discouraged from supporting any coalition as well. Having to maintain support from a majority Shi’a population, Iraqi President Haider al-Abadi will find few reasons to challenge Iran and ally himself with the Americans as doing so would threaten political credibility with his constituency. On the contrary, abandoning an alliance with the “American imperialists” in favor of aligning with a Muslim country like Iran that strongly supports the Palestinian crusade and is increasing its military and diplomatic role in the region will be a safer bet for countries such as Qatar and Iraq.

If Trump is truly committed to an American-led alliance of Sunni states to lock Iran out of the Middle East, he must provide every incentive for these countries to align themselves with the U.S. Recognition of Jerusalem as Israel’s capital however only serves to show where America’s real interests lie, and thus the decision jeopardizes American attempts to gain the support of countries whose backing is essential for the coalition’s success. While U.S officials may debate the consequences of the embassy move on the peace process, Trump’s decision on Jerusalem unquestionably threatens the larger and fundamentally more important American objective in the region. In a Middle East fraught with civil wars, failed states, and shifting power dynamics, a unified stance against Iran is more important than a unified capital in Israel.