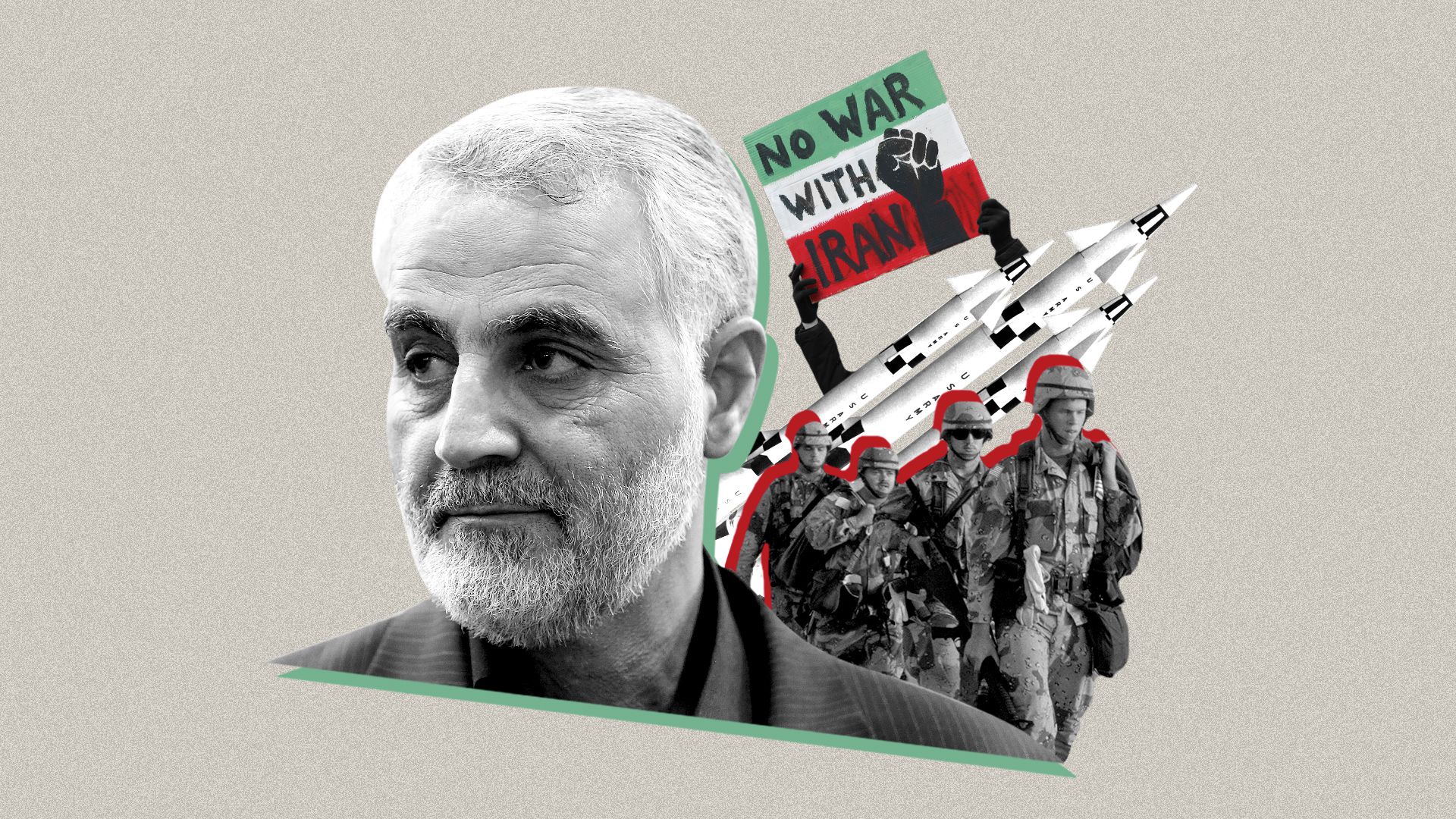 Its been four months since the United States ordered a drone strike that killed Iranian General Qasem Soleimani of the Islamic Revolutionary Guard Corps (IRGC) near Baghdad, an act that conjured rising fears of a severe Iranian retaliation. America prepared its troops for an assured attack, waiting steadily, all for what turned out to be an incredibly weak Iranian response. What came as a surprise to many top officials, it seemed like Iran yielded in the aftermath of the attack, leaving many to wonder . . . was that it?

Recent events have given reason to believe that this battle is far from over. With America’s attention on the coronavirus and the weakening of Iran’s regional enemies due to the pandemic, could this prove to be the perfect scenario for an Iranian retaliation?

“He’s probably the most powerful figure that is generally unknown outside Iran and the Middle East. He’s essentially Iran’s viceroy for Iraq.”

Jim Phillips, Middle East analyst for conservative think tank the Heritage Foundation, was quoted as saying this about Soleimani in 2015

Who is Soleimani, and why is he important? The Iranian General rose rapidly through the ranks of Iran’s military forces at just 20 years old. During the Iran-Iraq war, his fierce tactics made him a war hero, and he emerged as a commander of his squad. Within a few years, he became the head of the IRGC’S elite Quds force —  a unit that specializes in unconventional warfare and military intelligence operations.

Following America’s invasion of Iraq in 2003, Soleimani channeled money to Iran’s proxies to fund the creation of highly destructive weapons, including Improvised Explosive Devices. These would be used to kill over 300 American soldiers. The next decade would see war in Syria, where Soleimani was the lifeline that kept Bashar al-Assad’s power alive. “Tehran’s overseas visionary” propelled Iran’s expansionist agenda by directing deadly proxy forces in Iraq, Syria, Yemen, and Lebanon, where he took control of Hezbollah forces. By 2013, he was believed to be one of Iran’s most important figures, and a pressing threat for American officials.

At home, Soleimani was enigmatic and well-cherished, even by critics who acknowledged his dedication to fighting for the Islamic Republic for almost five decades. In the aftermath of his death, violent protests erupted across the Middle East, reaching Palestinians in Gaza and Pakistanis in Lahore.

“Soleimani’s martyrdom will make Iran more decisive to resist America’s expansionism and to defend our Islamic values…with no doubt, Iran and other freedom-seeking countries in the region will take his revenge.”

Killed alongside Soleimani was Iraqi politician and highly influential military commander Abu Mahdi al-Muhandis who served with the General against the Saddam regime. With the death of two of Iran’s chief military figures and a precarious replacement, Iranian officials are fuming.

Making matters worse, many Iraqis believed this strike at Baghdad was a myopic move by America that caused severe strains to their relations. An Iraqi official told Newsweekly back in March that “America is supposed to be our ally, they are supposed to be different from Iran, that strike showed that they are no different than the Iranians.”

Iran responded to the murder by firing 15 ballistic missiles at a US Air Base station in Iraq, the long time battle ground for the two forces. No one was killed, but more than 100 American service members suffered head injury. Tehran framed the rather poor attack as the “conclusion” to their retaliation.

But, more recently, this proved to be false.

On March 11, IRGC proxies sent off a volley of rockets that killed American and British service members near Baghdad. The US responded by striking five Iranian militia logistical and military hubs. Foreign policy expert Philip H. Gordon wrote for the New York Times that Washington’s maximum pressure could pave a path to war with Iran, especially following their decision to no longer observe the nuclear restrictions outlined in the 2015 Joint Comprehensive Plan of Action.

But, the change in global atmosphere due to the coronavirus has opened up new possibilities for Iran.

Despite burgeoning tensions, American officials are now seriously considering lifting sanctions made against Iran in light of the Covid-19 crisis, which could open the doors for a renewal of Iranian strength down the line. America’s incentive for lifting sanctions include providing greater health protection for American forces stationed nearby in Iraq and showing a sense of morality in light of a cataclysmic virus, something that could fortify international and domestic favorability for the Trump administration. American officials state there is little appetite in the White House for an escalation with Iran whose population is coping with the virus amid sanctions that limit their import of medical supplies.

What would this mean for the Iranian government if the sanctions are lifted? General Kenneth Mcenzie, head of the US Central Command and now at the top of Iran’s “hit list,” said last month that Iranian leadership has become fractured because of the virus, “and they’re having difficulty dealing with a number of things. So I think it probably makes them, in terms of decision-making, more dangerous.” He went on to state that Iran is prepared to use their emissaries in Iraq against American targets and targets in the Gulf.

Indeed, Iranian militia groups have been escalating tensions with the United States in hopes of extracting the remaining 5,000 American troops from Iraq, a prominent goal of theirs.

If Iran’s vengeful mindset persists among a lift of sanctions, it could possibly mean that they could carry out an attack after gathering more resources that had once been denied to them. At that point, what would stop Tehran, in its sensitive and unstable posture, from seeking further retaliation for the murder of Soleimani? And, would America’s distractions over reinvigorating their economy prove to be perfect timing?

It doesn’t seem to be outside the realm of possibility. And now, Iran has a new figure to admire, Soleimani’s own daughter, Zeinab Soleimani, who has become the public face for consolidating national unity and openly calling for Iran to avenge her father.

With an unstable government and new public figure, the risk of an emotionally-driven attack seems more and more likely in the wake of the virus. This environment can prove to play into the political hands of the Iranian government and their proxies by opening up a new channel for strength and recuperation from the sanctions and pandemic. There is now a gamble that Washington has to play. Should the Trump administration show diplomacy and shuffle aid to Iran’s hard-hit country which could prove to lessen tensions between Washington and Tehran, or should strengthen their threats and continue imposing sanctions?

It seems like a hybrid of the two choices, that is, providing temporary relief with strings attached that would prevent Iran from manipulating the circumstances, such as renewed negotiations for the 2015 nuclear deal, would seem best. This could project an image of peace and rationale for the Trump administration, perhaps resolve some tensions with Tehran, and it would help to contain the virus in the Middle East which is also risking the lives of American troops stationed there. All of this could be done while still maintaining a heavy-hand with Iran. We will have to wait and see, but given the rapidly changing and hypersensitive environment, an answer should not be long-awaited.