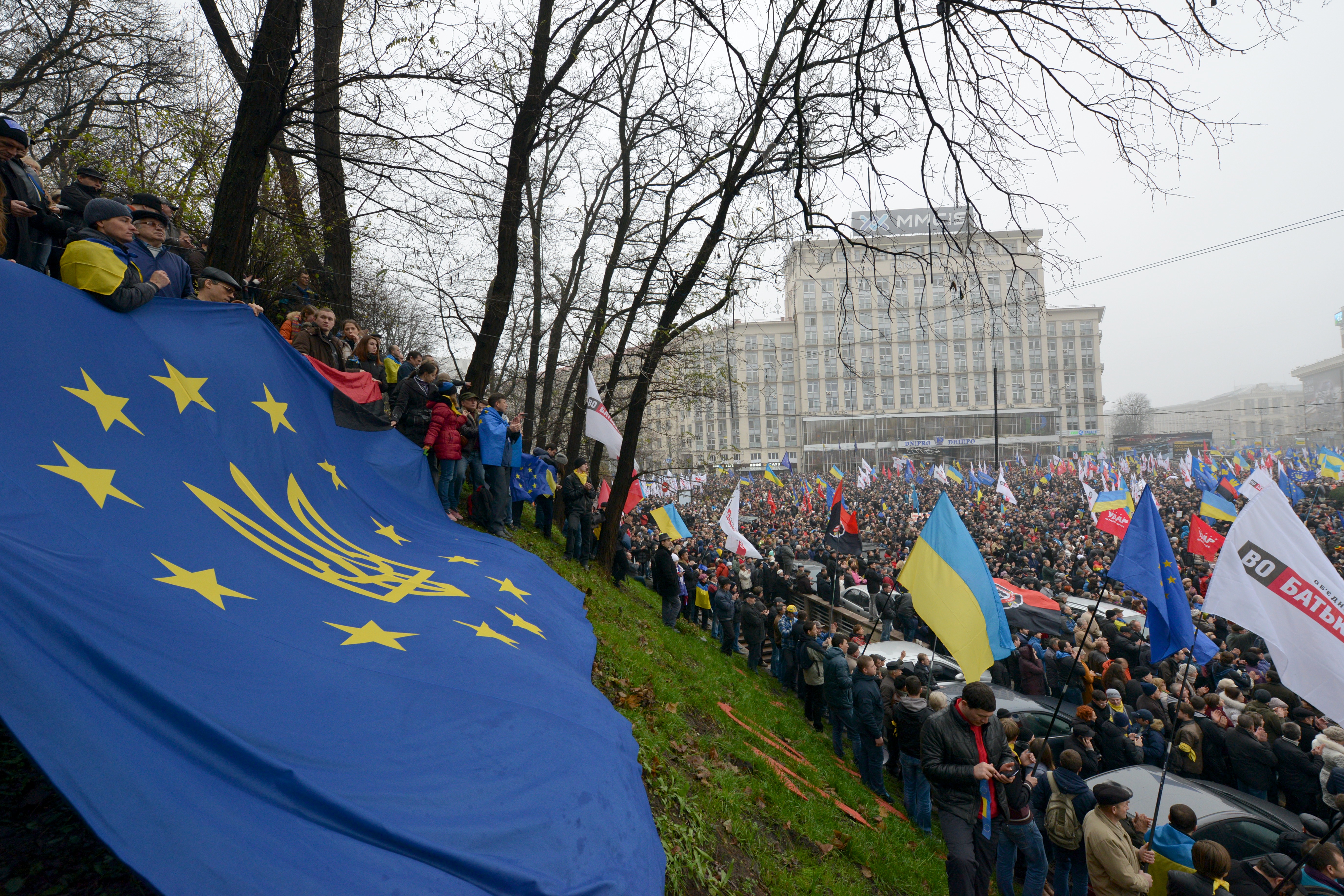 Since November of last year, mounting tensions within Ukraine have made divisions between Russia, the European Union (EU), and the United States (US) increasingly evident. In an effort to establish stronger trade relations with Western Europe, Ukraine’s then-President Viktor Yanukovych initially sought to broker a deal in which his country would join the EU. However, come decision time and ongoing pressure from Moscow, Yanukovych backed out of the EU deal in favor of strengthening economic and political ties with his country’s border neighbor Russia, resulting in the rapid escalation of tensions between pro-Western Ukrainians and eastern pro-Russian Ukrainians. Consequently, pro-Western Ukrainians voiced their frustrations and ousted Yanukovych, while pro-Russian Ukrainians retaliated by seizing government buildings and showing their support for Russian military assistance.

Despite the existence of East versus West divisions within Ukraine prior to the controversy surrounding the failed EU deal, following the tense situation in November, countries both near and far have sought to make their stance known in an effort to fulfill personal political and/or economic goals. For example, frustrated with the country’s former president’s decision to vacate from an EU agreement, the EU quickly reacted to Ukraine’s political instability by approving the provision of 1 billion euros of economic assistance to the new pro-Western Ukrainian government. Additionally, the EU issued tariff cuts to the country in order to make exporting goods to the EU cheaper and to reiterate why an economic partnership with the EU is worth pursuing.

Furthermore, the United States, who just so happens to be a strong ally of the EU, has voiced its disapproval of pro-Russian Ukrainian factions by demanding the end of Russian participation and by the apparent orchestration of eastern Ukraine’s ongoing separatist violence. It has even gone so far as to continuously label Russia’s presence in the region as a carefully planned, “full-scale invasions,” causing a stark division between the US and Russia reminiscent of the Cold War. However bold, this language appears to be appropriate. After Russia’s occupation and annexation of Ukraine’s Black Sea peninsula of Crimea and its continued presence on the country’s eastern border, it is hardly surprising that a global power like the United States would distrust Russian actions and intentions. It is in the US’s political and economic interest, therefore, to protect Ukraine’s sovereignty and promote Ukraine becoming a member of the EU.

Russia, however, views the situation differently. Because Ukraine and Georgia are the only territories separating Russia from NATO member-states (with the exception of the Russian port city of Kaliningrad), allowing Ukraine to join the EU and potentially join NATO is a scenario Russia cannot entertain. After all, NATO’s creation and ongoing expansion were centered around containing the Soviet Union politically and militarily. Understandably, Russia sees proximity to NATO as a direct threat to its national security, and therefore refuses to let Ukraine stray without a fight. That said, supporting a separatist movement is also not in Russia’s interest, for it will still lessen the physical divide between NATO members and Russia as a result of the incorporation of part of Ukraine into its borders, resulting in the expansion of Russia’s borders and the partial dissolving of its buffer from NATO. Russia, therefore, is walking a fine line; it must support pro-Russian Ukrainian factions without encouraging them to split away from Ukraine in order to create a new, united, pro-Russia Ukraine that Russia can depend on in its quest to maintain political security and distance from NATO.

Until tensions are quelled within Ukraine and so long as Ukraine remains a global political, security, and economic interest, hostilities between the West and East will remain especially high. For such a small country, playing up its strategic value is the primary source of power it possesses. Consequently, maintaining ties with all parties best serves the country’s interests, and will likely mean a decision about whether or not to join the EU will be prolonged as long as the West permits. Only time will tell what Ukraine will do and which region will succeed most at wooing the fragile state.