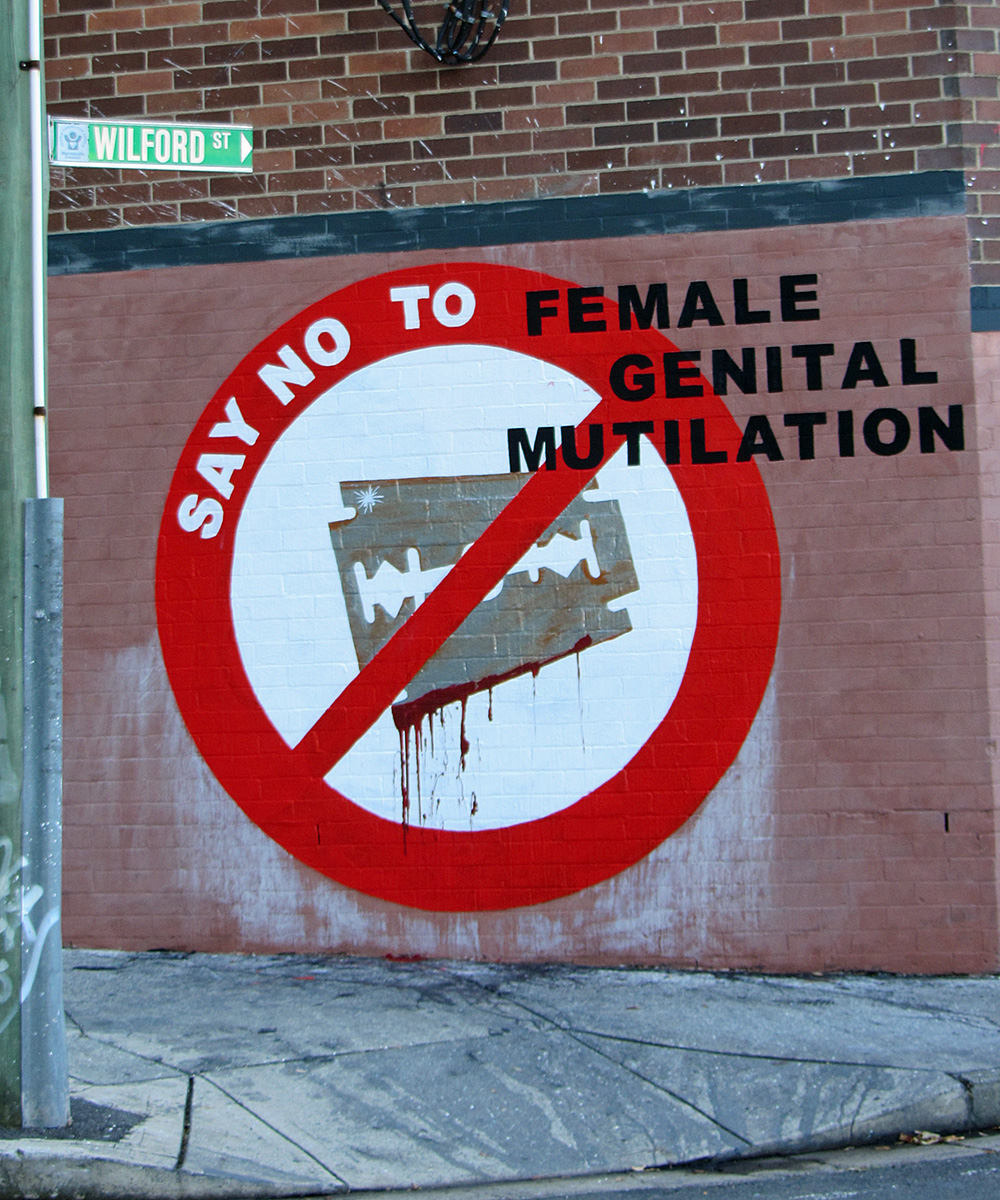 A few months ago, I read the heartbreaking story of Mariya Karimjee, an American girl of South Asian origin who underwent a female genital mutilation (FGM) procedure when she was four years of age. She had very faint memories of being pinned down with her legs apart while a group of ladies hovered around her. She remembered the pain, and the special treatment she received for a while, as if it made up for this heinous crime. Only years later, upon reaching sexual maturity, did she actually understand the magnitude of the events of that day, and the fact that her body and life had been irreversibly damaged.

FGM is defined by the United Nations Population Fund as the “partial or total removal of the external female genitalia or other injury to the female genital organs for non-medical reasons”. Its inception is rooted in gender inequality, as it marks an attempt to curb a woman’s sexual desire and ensure she remains pure, modest, faithful and loyal. A cut woman’s genitalia is also seen as aesthetically pleasing by the men in the communities where cutting is the norm. Modifications to the female genitalia are often carried out by midwives–women with some medical experience who have taken on the role of cutter–or male barbers who lack medical expertise entirely. Their tools are varied and range from knives, razors, scissors, sharpened rocks, and glass to fingernails. These tools are often reused on multiple girls, tremendously increasing the chances of disease transmittance. If the hole left behind is too large according to the girl’s family, the procedure might have to be repeated. Usually, the hole is just big enough to allow the passage of urine or menstrual blood. Sometimes general anesthesia is used, sometimes local, sometimes none at all.

FGM causes permanent damage to the female sex organ. Apart from excruciating pain during intercourse, childbirth, and menstruation, it can be responsible for chronic complications to women’s sexual and reproductive health. Also, it is important to note that the whole purpose of FGM is based on the status of women as second class citizens. It revolves around their subjugation, ensuring that pleasure is removed from a woman’s sexual activity, thus keeping her desires ‘in control’. Female chastity is the goal, while the negative physical and mental outcomes are overlooked. For the purpose of sexual intercourse after marriage, typically a midwife cuts the opening with a knife, or the work is left to the husband. To be able to fully make the opening through the latter process may take up to days, the hole opening up little at a time, causing tremendous pain to the woman throughout. There are no known health benefits of FGM.

The number of women who are at risk of undergoing FGM procedures in the United States has doubled in the last ten years. Part of this could be attributed to increased immigration from countries where FGM is widely practiced. It is estimated that over 300,000 women and girls in the US have undergone the procedure or are at risk. Some parents take their daughters out of the country for “vacation cutting” to complete the procedure in their home countries before coming back to the US. Vacation cutting is illegal in the US at the federal level, but many states do not have any laws that criminalize it. There have been attempts by politicians trying to push for stricter regulations, and adopt some policies commonly used in other countries. One example of such a country is the United Kingdom, where law enforcement agencies at airports are constantly on the lookout for parents trying to send or take their daughters abroad for cutting. Travellers to certain countries are given passport inserts informing them that cutting British citizens, even if they are abroad, is illegal. In the US, things are quite different. For instance, the United States Citizenship and Immigration Services website has a page detailing what FGM is, and advises anyone at risk to call a hotline number listed there. However, this hotline number is that of the Office of Women’s Health, within the Department of Health and Human Services. It is not a line dedicated to FGM. This is important because a girl will typically call this number when she is tremendously fearful of what might be coming, and is in imminent danger. Also, if the victim happens to be abroad at the time of the incident, the US State Department can help in transporting her back to the US, but would have to seek help from local law enforcement.

It is clear that having laws is not enough to stop FGM. An enormous amount of change in thoughts and ideologies is required. Victims are almost always shamed into silence. The thought of going to the police against your own parents’ wishes can loom heavy on a child. Also, it is difficult to charge the perpetrator in the absence of a witness, as it is possible that the crime may have been committed by relatives and against the wishes of the parents. Also, many teachers, healthcare providers and social workers do not always understand the enormity of the crime, especially because it is coupled with foreign cultural beliefs. Besides, parents, the perpetrators in this case, are otherwise extremely caring, in all other aspects just like how parents should be. These are usually the only exceptions to their behaviour, steeped in their inability to break through the shackles of blind traditions forced upon them.

While legislative action is welcome, countries showing the fastest progress have seen tremendous initiative from community leaders and organizations, such as in Burkina Faso and Senegal. In Tanzania, traditional cutters stopped practicing this trade after being educated in the dangers of FGM and the impact it has on women. To ensure they had another source of income, they were trained in other vocations, for example, batik making. Social grassroot movements have had the strongest impact on cultural beliefs and traditions, primarily because activists are most aware of how these communities think and which arguments are most effective. Sensitivity towards local cultures and traditions is important. Emphasis should be on educating people about the harm caused by FGM, as opposed to attacking it as a cultural malpractice. Bringing in powerful figures well known in the community to advocate against these practices will be helpful. Since there is often a belief that not getting circumcised is haram (religiously immoral), community outreach and advocacy by religious leaders and community elders would be especially beneficial.

Dahabo Musa, a Somalian poet, beautifully articulates the emotional trauma of FGM in a poem called Feminine Pains, part of which is presented below:

As the birth bursts, I cry for help, when the battered flesh tears.

No mercy, push! They say.

It is only feminine pain!

And now I appeal:

I appeal for love lost, for dreams broken,

For the right to live as a whole human being.

If anything, this poignant piece of writing should be reason enough to stop this practice.