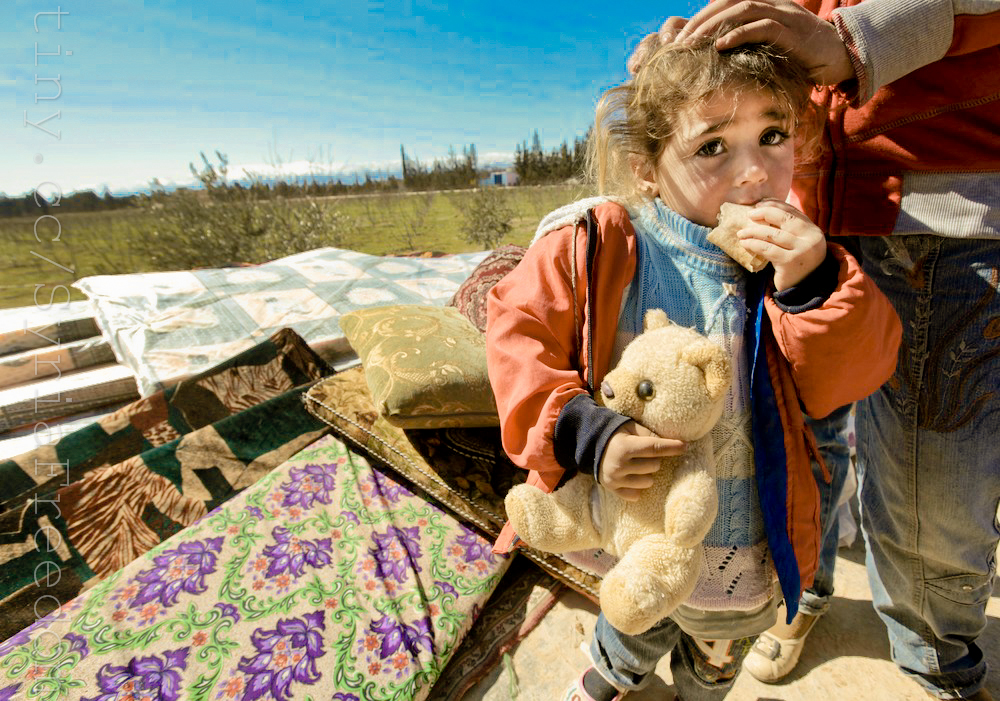 Since the outbreak of the Syrian conflict that began over five years ago in 2011, 2.6 million children are no longer in school. Another 2.5 million are either living in squalid conditions as refugees in neighboring countries or are on the continuous run towards Europe, searching for a way to survive in the increasingly xenophobic continent. Unfortunately, recent media coverage has focused mainly on this year’s U.S presidential elections, often times with attention-grabbing headlines on Republican candidate and now President-elect Donald Trump’s most recent controversial statement, or Democratic candidate Hillary Clinton’s latest exposed scandal. As post-election protests, logistics and details about the presidential transition team take over news media, the loss of media coverage and interest in Syria’s “lost-generation” of child refugees threatens opportunities to support them, all while the U.S moves towards a more isolationist policy with the incoming Trump administration.

Jordan and Lebanon are amongst the top countries in the world for accepting most refugees over the past years. These two countries, along with France, are also are signatories of the Convention on the Rights of the Child (CRC). Despite the Convention, Syrian child refugees are exploited illegally as child laborers by farmers and human trafficking rings in these countries. One of the major reasons for why such prevalent child refugee exploitation exists across these countries is because of weak and ineffective governmental oversight. In Jordan, the legal working age is sixteen. However, according to Tamkeen, a Jordan-based child development charity, approximately 46% of Syrian boys and 14% of Syrian girls at or below the age of fourteen are working more than 44 hours per week. As these children and their families are crowded into refugee camps across Jordan, they are often found selling vegetables on the streets and picking up litter from the sidewalks for very little to no pay at all. Similarly, in Lebanon, between 60-70% of Syrian refugee children below the age of eighteen are shining shoes, cleaning cars, working in construction industries, and providing “survival sex” in return for food, shelter, and employment. Across France’s refugee camps in Calais and Dunkirk, unaccompanied minors are forced to perform sexual services, often times for the hollow promise of a guaranteed passage to the UK. Others are trafficked into prostitution rings in Europe.

The common thread running through these various examples is vulnerability. These Syrian refugee children are often unaccompanied, do not have their rights as refugees clearly explained to them upon arrival to new countries, lack official guidance or supervision from camp officials, or remain separated from their families due to inefficient family reunion processes. Hence, they become exceptionally vulnerable and are at risk of exploitation. Thus, the international community, including NGOs, governments, and intergovernmental bodies urgently needs to modify current approaches and improve practices to create multi-dimensional mechanisms that ensure the full protection and accommodation of these child refugees.

Countries in Europe should alter policies surrounding the management of refugee influx near their borders. At the moment, as thousands of refugees wait in transit at borders for a few days to sometimes months, they become dangerously exposed to human traffickers who often prowl the borders. These traffickers regard frustrated and vulnerable refugees as prime sources of cheap physical and sexual labor. These refugees, especially unaccompanied children, may naively feel inclined to oblige to their demands and directions, in hopes of swifter solutions for their situations. Should these European countries alter their policies to allow quicker and more efficient processing of refugee statuses and smoother integration into societies, then refugees will no longer remain packed along borders. This will likely reduce their risk of becoming exploited by preying human traffickers. Furthermore, NGOs and local refugee camp officials must enhance their efforts to help refugee children understand the process of seeking asylum by clearly elaborating to them the process of seeking refugee status, the likely timeframes and criteria used throughout the decision-making process, as well as family reunion procedures. All of this information needs to be explained to these children in an understandable manner, preferably within the first few days of their arrival. By receiving a thorough briefing as early as possible, these child refugees will be equipped with all the vital pieces of information regarding their cases from the very beginning and will be less inclined to resort to human traffickers for supposedly swifter solutions.

In addition, countries such as Jordan, Lebanon, and Turkey should extend their child protection and labor laws to Syrian refugee children as well. For instance, Lebanon’s child employment laws prohibit the employment of children below the age of thirteen, and requires medical documentation indicating the physical capabilities of a child above thirteen years old, prior to his or her hiring process. Furthermore, no child shall work more than six hours a day, and must be given at least one hour of break time should they work more than four hours a day. In countries where the exploitation of child refugees is highly prevalent, refugee children should also benefit from the countries’ rules concerning child protection services, children’s access to education and healthcare, and working regulations. After all, there is a difference between accepting these children by herding them in the nation’s camps, and accepting these children by fully integrating them into society and placing them under equal protection of child laws.

Furthermore, the international community should establish a financial institution, similar to the International Monetary Fund (IMF) or the World Bank, but exclusively for educational purposes.  This institution should work with existing international organizations such as the United Nations International Children’s Emergency Fund (UNICEF) to provide the finances that will focus on these organization’s projects concerning educational services for child refugees. In Lebanon this year, UNICEF has exceeded its goal of enrolling 87,150 child refugees in formal education and has enrolled 155,153. This success came directly from 73% of the $624.3 million appeal UNICEF received in 2014 and 2015. With the establishment of a financial institution that will provide funding specifically for refugee access to education, organizations like UNICEF will be able to receive the full amount of their appeals. After all, such an institution will help cover the remaining appeals that have not been fully met. This would thus enroll even more child refugees into schools and ensure increased access to other learning opportunities and resources. Moreover, such an institution should also provide financial grants to Syria’s neighboring countries to monetarily incentivise them to educate these displaced children in their own schools.

Lastly, governments should allocate inspectors to identify and halt crimes against child refugees occurring in refugee camps, on the streets, in the fields, and across borders. Frequent audits and statistics need to be released to inform the host societies on the progress being made regarding the accommodation of these child refugees in their countries. In addition, labor ministries of host countries should consider implementing harsher penalties on individuals or businesses found exploiting child refugees.

As the conflict in Syria rages on into its sixth year, the least the international community can do is shoulder the responsibility of protecting children fleeing the nation. These refugees may have no choice at the moment, but the rest of the world does. This includes altering repressive or lax policies to prevent these children from becoming more vulnerable and exposed to the risks of exploitation. After all, what is ultimately at stake is the survival of a mass generation of innocents who may soon become a lost one, should the world continue idly standing by.