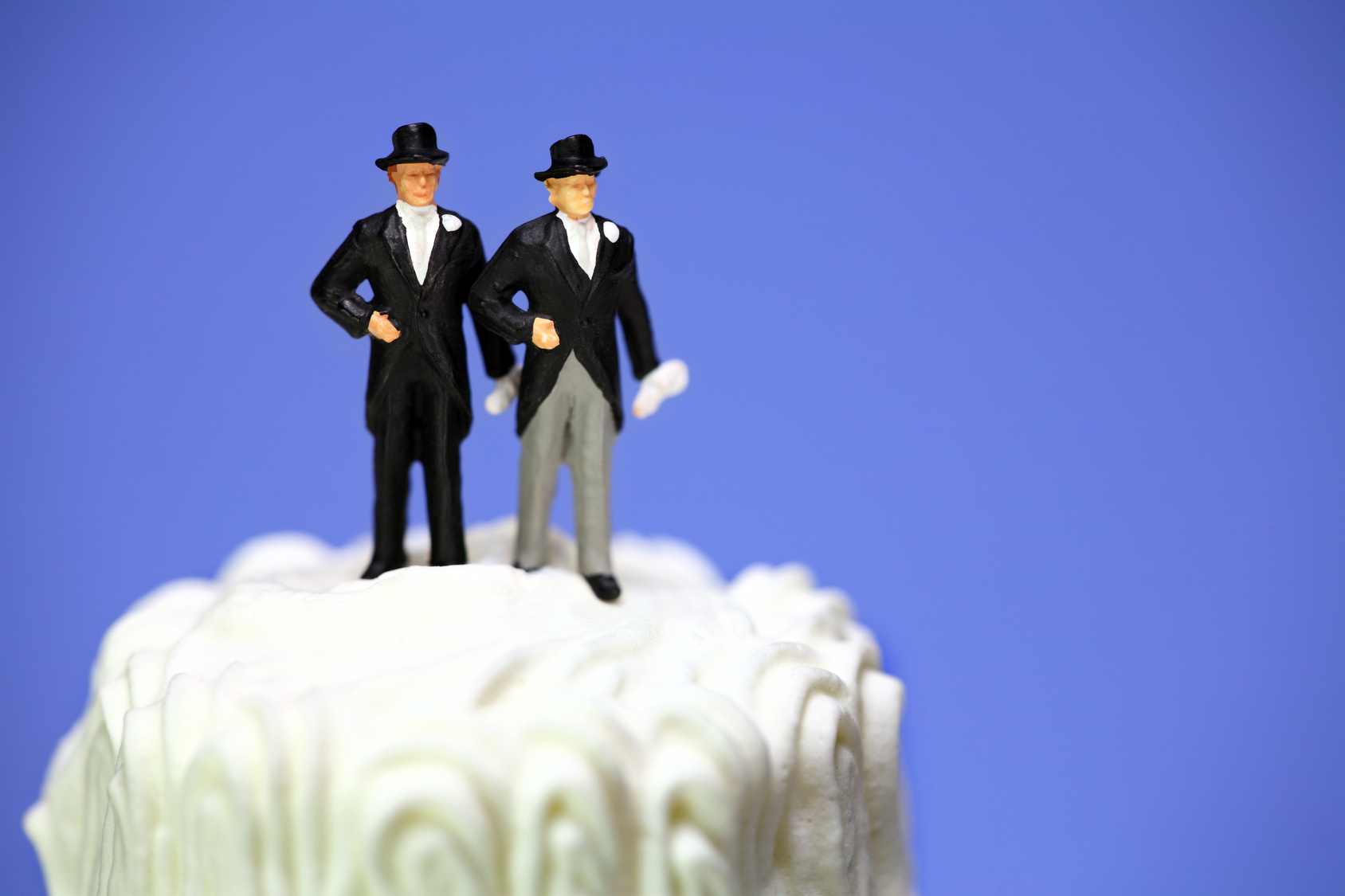 Twelve years ago in the Netherlands, the first same-sex couples walked down the aisle to consummate their marriages. Since 2001, almost twelve other countries have followed suit by passing national laws allowing same-sex marriage and domestic partnerships, including Spain, Canada, South Africa, Portugal, Iceland (where no members of the legislature voted against it), and Argentina.

Meanwhile, a 2011 report by the International Lesbian, Gay, Bisexual, Trans and Intersex Association found that same-sex relationships are still criminalized in 76 countries—five of those countries reserve the death penalty as punishment for homosexuality (Iran, Saudi Arabia, Yemen, Mauritania and Sudan). While some parts of the world progress marriage equality, others fall deeper into traditionalism, theocratic justifications, and violence as a backlash to Western progress for the rights of women and gays.

Last month, the Russian parliament approved a draft law banning the dissemination of “homosexual propaganda” to minors. The legislation, strongly backed by the Russian Orthodox Church, would forbid public events endorsing homosexual rights, block websites deemed inappropriate for youth, and charge fines up to $16,000 for any public demonstrations of “homosexual propaganda.” The draft will go to Russian President Vladimir Putin (who is in support of the ban) after two more readings, but hope for anything but the implementation of this ban seems futile in light of the 388-1 vote in favor of the law. “We live in Russia, not Sodom and Gomorrah,” United Russia Deputy Dmitry Sablin commented before the Russian parliament passed the bill. Despite the overwhelming intolerance, gay activists still staged a “kiss-in” protest outside the chamber, which ended with the detention of 20 activists.

Since his return to the presidency, Putin has made a series of strategic political moves to stifle dissent and consolidate power through oppressive authoritarian tactics. His rhetoric constantly reflects on a return to conservative Russian traditionalism: “God, Tsar, and Country.”, Putin has tactically strengthened his ties to the Russian Orthodox Church, hoping the support of one of Russia’s most influential institutions will fortify his political power. Hence, the backwards legislation first and foremost serves to establish an anti-Western liberalism while unsubtly signaling a shift towards an Orthodox Russia. More importantly, at the core of Putin’s call for a more traditional Russia lies a far more dangerous vision for homogenization. “We either become a tolerant Western state where everything is allowed—and lose our Christianity and moral foundations—or we will be a Christian people who live in our God-protected land in purity and godliness,” said Reverend Sergiy Rybko, a priest in the Orthodox Church. In partnering with the Russian Orthodox Church, Putin allies with the Church’s religious positions on Russia’s domestic policies. Putin’s plans echo the Reverend’s visions, which begin by politically ostracizing gays as a tabooed immoral minority. But homosexuals are not the only minorities in Russia—next come the Jews, the Central Asian Muslims, the atheists etc., until the Orthodox Russian leadership use “traditional values” as a warrant to politically and socially exclude every non-“Russian” minority.

In protest of the ban, a Russian television host disclosed his homosexuality on the air and was subsequently fired from the channel he had co-founded. Reported beatings of gay men have boomed. Same-sex European couples will be banned from adopting Russian orphans. The real-word impact of Russia’s ban on “homosexual propaganda” transcends an innocent plea for traditional values: homophobic legislation under the false guise of morality sends a dangerous message to the Russian public, who as it is are not the most emphatic towards gay citizens. According to Levada Center’s opinion polls last year, almost two-thirds of Russians find homosexuality “morally unacceptable and worth condemning. About half opposed gay rallies and same-sex marriage, while almost a third thought homosexuality was the result of ‘a sickness or a psychological trauma.’”

In light of the strong prejudices against homosexuals, Putin’s recent escalation of security forces on opposition—jailing and harassing gay activists—sets a critically dangerous example for the nation. Russian leadership’s treatment of a socially vulnerable population tells society that crimes against gays are not considered crimes; that violence against and oppression of some citizens are warranted; and that hate crimes are to be equated with patriotism. Gays in Russia already face tremendous intolerance and the state-sanctioning of homophobia will only serve to escalate violence against innocent Russian citizens, as witnessed by the recent escalation of gay beatings.

The European Union’s foreign policy chief Catherin Ashton expressed concern with the ban, stating, “The implementation of this law could reinforce discrimination against lesbians, gays, bisexuals […] as well as all those who support them and their choices, in particular by limiting their freedom of expression and their freedom of association and assembly.” European cities, including Venice and Milan, have also taken action against the bill by canceling their sister-city status with St. Petersburg.

While Russia’s president dismembers any real opposition in an effort to re-direct his country towards medieval times, other countries are facing a more legitimate debate on the issue of same-sex marriage.

On Tuesday, February 8, the British House of Commons voted overwhelmingly in favor of a bill legalizing same-sex marriage in Britain (the bill is essentially assured passage through its next legislative stages). Unlike Russia, the bill resulted in a six-hour debate, which ultimately ended with a 400-175 vote in favor of legalizing same-sex marriage. Despite this victory, however, more than half of the Conservative Party’s legislators voted against the bill (or abstained). Right-wing Parliament member Edward Leigh stated, “We should be in the business of protecting cherished institutions and our cultural heritage.”

Sadly, lawmakers like Leigh do not realize the fundamental duty bestowed upon them: to protect people, not institutions, to protect human rights, not a subjective sense of cultural heritage. Lawmakers should be in the business of providing a secure political and social environment for each and every citizen without the fear of exclusion or victimization—despite whom they choose to love.

Even further divided than Britain, France also recently introduced a similar measure on same-sex marriage, backed by President Francois Hollande. On February 12, the French National Assembly passed a bill legalizing same-sex marriage (the bill still needs to pass through the French Senate and be signed by President Hollande, but it is predicted to become law as soon as May 2013). Despite the measure’s overwhelming projected victory in the Senate (or perhaps in spite of), the legislation has triggered recent demonstrations in Paris with tens of thousands protestors taking to the streets to protect traditional definitions of marriage. The French Parliament has been equally heated, with an extended debate on same-sex marriage now in its second week. The bill has drawn angry insults across the National Assembly floor and has undergone more than 5,300 amendments. Similar to Russia, the Insee poll in 2012 indicates that French citizens “do not overwhelmingly embrace legalizing same-sex marriage (70%), with many French citizens joining with the church, as well as some secular conservative groups, in expressing their strong opposition.” As recently as January, a crowd of roughly 500,000 French protestors demonstrated outside the Eiffel Tower in Paris in opposition to same-sex marriage. As both a secular republic defending individual rights and a largely religious Catholic nation with deeply-rooted (and outdated) notions of family structure, France’s debate on same-sex marriage reflects a far deeper paradox in French civil society.

While French Prime Minister Jean-Marc Ayrault explained that “contrary to what those who vociferate against [the bill] say — fortunately they’re in the minority — this law is going to strengthen the institution of marriage,” mass protests continued. As a democratic country, the passage of the same-sex marriage law will extenuate the divide between conservative and progressive members of French Parliament (as it has done in Britain) rather than resulting in a major political crisis. Ultimately, further polarization will more likely be neutralized with younger more progressive political leadership, as opposed to political consolidation through a democratic process.

As the world slowly turns towards the acceptance of same-sex marriage, some countries struggle more than others to adopt progressive policies. While Russian leadership and the Orthodox Church strategically condemn Western influences of marriage equality, France slowly finds its way towards legalizing same-sex marriage, despite strong political opposition and polarization. On a more unanimous path, Britain forges forward in the battle for equality, symbolizing the growing influence of a global social revolution that began over a decade ago. The actions of two of the world’s most influential countries set a brave example for the rest of the indecisive world: despite staunch and sometimes offensive opposition, the essential obligation of national legislators is the protection of their people, not their institutions.

Facts and figures from Reuters, The New York Times, CNN, and The Pew Forum.

Shadee Ashtari is a senior at UCLA majoring in Communications with a minor in Political Science. At the Burkle Center, Shadee is the Editor-in-Chief of The Generation. Her current research focuses on student homelessness in the U.S. and the rise and decline of religiosity in industrialized nations.