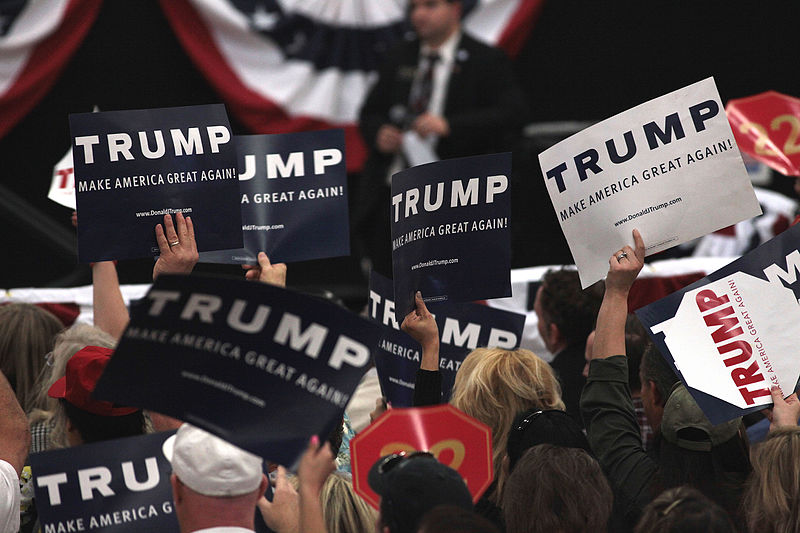 The outcome of the European Union (EU) referendum in the United Kingdom (UK) has ushered in a period of geopolitical and economic uncertainty. As the UK grapples with the transition, the Obama administration has vowed to uphold the “special relationship” between the two countries. Maintaining strong ties with the UK is imperative to preserving a stable international system, and it is only appropriate for the United States (US) to respect the democratic processes that led to the Brexit victory. However, the implications of its success must not be ignored. Brexit serves as definitive proof that fears and frustrations resulting from new trends in globalization are a powerful force. Propelled by those same forces, Donald Trump’s campaign has a real shot at securing him a spot in the oval office.

UK involvement in the EU is a multi-faceted issue deserving of debate, however the anti-immigration misinformation spread by Leave campaigners undermined efforts to engage in informed dialogue. The core of the campaign was an appeal to xenophobic sentiment and the belief that EU immigration is harmful to the economic prospects of UK nationals. However, studies indicate there is no correlation at either the national or local level between immigration and unemployment or lower wages. Furthermore, there is no guarantee leaving the EU will curb immigration. The UK will likely maintain relatively unrestricted immigration policies within the EU in order to negotiate favorable trade deals, much like Norway and Switzerland. By shifting the focus of the campaign to an argument with a shaky factual basis, the success of the referendum hinged on cultivating a climate of fear in which facts were eclipsed by impassioned rhetoric. The anger which fueled Brexit has not dissipated after the vote, and as time goes on, the Leave leaders’ inability to deliver on their promises will only exacerbate social and political tensions.

The events in the UK may seem inconsequential to the US electorate, but the parallels between the rise of Donald Trump and the success of Brexit are important to consider as the presidential election approaches. Trump’s movement shares a reliance on nostalgia and intense nationalism, as well as the tendency to blame outsiders—both foreign powers and immigrants—for the troubles of the nation. His no-nonsense stance on immigration has become one of his strongest selling points, but poses the same problems as Brexit by oversimplifying and manipulating facts. Trump claims that immigrants usurp US jobs. However, this idea relies on the assumption that there is a finite supply of jobs in the country. In reality, the economy is more complex than that. A growing immigrant population not only creates a larger labor force, it also creates a larger consumer base, which stimulates economic growth. Studies show that immigrants do not displace native workers, rather they allow for labor specialization. Unskilled immigrants fill less desirable manual-labor jobs and create opportunities for native-born workers to take up more managerial level positions where strong English skills are required. Furthermore, some sectors of the economy are heavily dependent on immigrant labor, such as agriculture where nearly half of those employed are undocumented immigrants. Trump’s proposed deportation of 11 million undocumented immigrants would result in the loss of many jobs for US citizens whose industries are reliant on immigrant labor and lead to a private-sector decline amounting to billions of dollars.

Trump’s movement is rooted in the same conditions that propelled the success of Brexit: an environment where fear and anger cloud judgement. He exploited fear during the Republican National Convention, in which the night’s theme was “make America safe again.” The nation’s insecurity was blamed in part on undocumented immigrants with criminal histories who “roam free to threaten peaceful citizens”. Trump failed to mention that the national crime rate has been dropping steadily over the years and that undocumented immigrants are no more likely to commit crimes than native born citizens. The lack of context offered by his claims fuels hostility towards all undocumented immigrants, including the vast majority who hold no criminal record. By demonizing immigrants, Trump is promoting divisive rhetoric and intensifying cultural and ethnic schisms at a time when the US is already polarized. The consequences of this campaign tactic are evident in the UK, which has experienced an uptick in hate crimes towards immigrants since the referendum. Similarly, the prevalence of violence at Trump’s rallies will likely escalate as the election continues. His failure to adequately address the hostility surrounding his campaign and his active encouragement of violence should be a red flag; he is a candidate that thrives on chaos.

Of course, challenging the visions of Trump and the Leave campaigners should not be confused with an attempt to dismiss the concerns of their supporters. We must acknowledge that the anger they have stirred up is legitimate, but misdirected. The troubles of the working class should not be blamed on one specific country or group of people, but rather on the ubiquitous force of globalization. While virtually all economists would agree that an increasingly integrated global economy is beneficial overall, it inevitably creates distinct winners and losers. In wealthy and technology-rich countries like the US and UK, the winners are skilled workers employed in the service and tech sectors, while the losers are the blue-collar manufacturing workers. As a result, many in the working class want to turn back the clock to a time when manufacturing was strong by implementing strict immigration reform and protectionist trade policies. Unfortunately, the costs of an attempt to halt globalization and free trade would outweigh any benefits. It would slow economic growth, raise the price of consumer goods, and likely cause other countries to retaliate by putting tariffs on our exports. Therefore, we should be approaching the concerns of the working class in other ways; perhaps by expanding social welfare programs or promoting subsidized job training programs, like Trade Adjustment Assistance, that aim to get trade-affected workers back on their feet in a more prosperous industry.

Overall, the phenomenon of different classes of people pitted against each other is not a new one. However, globalization has heightened class tensions to a point where demagogues like Trump and Boris Johnson are able to gain influence by capitalizing on these frustrations. The reality is, while Trump’s movement has given a voice to people who need it, his angry vows to “make America great again” are hollow. Devoid of an acceptance of reality, his proposed policies would do more harm than good. We must tread carefully in the upcoming election. No matter what the outcome is, the divisions in US society that Trump has exploited will not go away and should be approached with pragmatism and empathy.