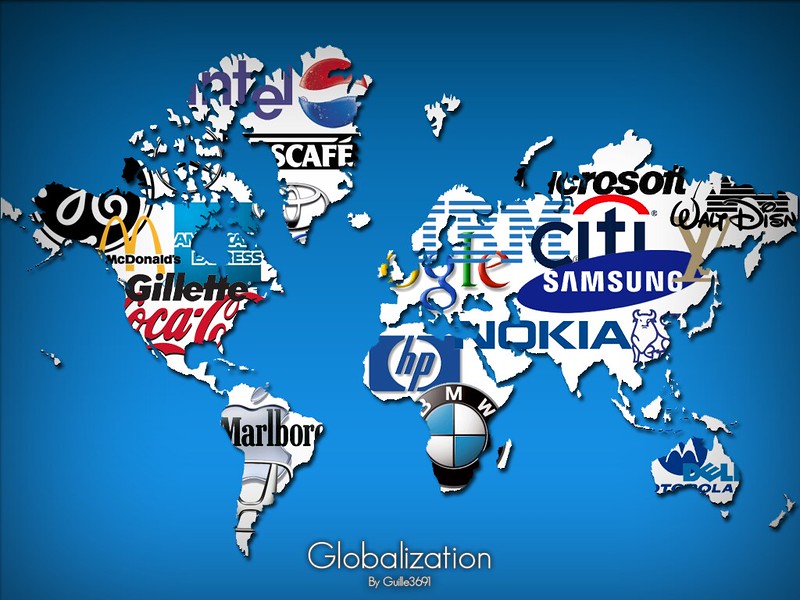 The world continues to change in ways that make turning inwards and shutting the door virtually impossible, as is often said, we are more connected than ever. After World War Two, a consensus was formed that a convergence on liberal democracy would lead to a stable international political order. As the Soviet Union withered and the Cold War ended, U.S. President George H. W. Bush called for a “new world order,” a “Pax Universalis” founded on liberal values, democratic governance, and free markets. Pax Universalis or more accurately, Pax Americana brought staggering development, wealth and prosperity…relatively. In a panel titled Governing Globalisation, the economist Dambisa Moyo, otherwise a well-known supporter of free trade, forthrightly asked the audience to accept that “there have been significant losses” from globalisation. The integration of several billion workers into the global economy has pushed down labor’s share of income and pushed up the share flowing to company profits. The latter has provided an important prop to global equity markets, but the former has sparked the emergence of far-right political movements. Brexit, and the emerging Trumpism reiteration of isolationist policies are rallying the resurgence of economic nationalism. Now we stand at a crossroads, shaped by a tug of war between economic fundamentals and policy threats, with individual livelihoods and growing inequity the continuous fallout. Globalization, which champions open markets and democratic governance has instead suppressed the global south and replaced democratic governance with corporatism. Corporatism in turn has normalized the outsourcing of jobs from countries such as the United States, destabilizing those entering and fighting to maintain a modest way of life.

How did globalization come to this?

It all begins with the concept of economic nationalism. Economic nationalism should be understood as a set of practices to create, bolster and protect national economies in the context of world markets. The rise and institutionalisation (globalization) of economic nationalism in the 20th century was a product of economic crisis, nationalist movements and enlarged states. Globalization in essence was to ensure that the integration, complexity and extent of the world’s economy meant that a reversal of global trade policies would entail an economic Armageddon. Globalization sought to rid the global socio-economic model of protectionism by introducing open market flow, foreign investment, and integrated development policies through organizations and multilateral agreements. The United States, the global hegemon at the helm, espoused the idea that all countries should unequivocally move towards democracy as it would be the only way to benefit from this “new world order” of globalization. Nations of the “developed world”, irrespective of their governance ideology all took part in this system. As China, the EU, Russia and other regional powers integrated these policies, embolden corporations outsourced their producing capacity to “lesser developed” parts of the world. This hybrid of corporatism and capitalism was packaged in a politique commonly referred to as neo-liberalism. Globalization, relatively, increased trade and the standard of living, and resulted in national capital markets becoming increasingly integrated. The establishment of factories, plants, and offices by corporations in emerging countries brought significant numbers of people out of poverty.In large part globalization during Pax Americana, seemed to be unblemished and positioned to define socio-economics for years to come, until 2008.

The global financial crisis was a turning point, as it struck at Pax-Americana’s twin foundations of liberal democracy and free-market capitalism. The 2008 global financial crisis exposed the danger of financialization or the creation of massive fictitious financial wealth, and of the hegemony of neoliberalism, based on self-regulated and efficient markets.  Slow economic recovery, failing states, wealth inequality and rising unemployment provided a perfect platform for political leaders to appeal for nationalism as the solution to political and economic ills.  With the onset of Covid-19, the fragility and flaws of global supply chains further placed focus upon the extractive trade policies of developed markets, leaving emerging markets in perpetual servitude. Frankly, globalization has made the rich richer while making the poor poorer. As of 2019, OXFAM reported that the world’s 2,153 billionaires have more wealth than the 4.6 billion people who make up 60 percent of the world’s population. The multinational corporations borne from globalization have a growing list of offenses from social injustice, unfair working conditions (including slave labour wages, living and working conditions). Yet globalization posits that we should lay our trust in corporatism as the solution to emerging global issues. Ironically, the current administration is amongst the main proponents of economic nationalism to salvage the crumbling globalist institutions it helped build.

Given its enormous potential for economic gains, it would be a waste to categorically repudiate the phenomena of globalization. However, it must be acknowledged that globalization under Pax Americana has been a projection of the corporatism that has perpetuated the socio-economic inequities present in the West. We are already too connected with the rest of the world to just shutter our doors. Looking back at how we got here can provide us lessons to globalize in a way where the world benefits, not just a handful of big companies.

Jakarta is an illuminative case for understanding urban resilience towards the tide of globalization. The Kampungs (urban villages) are slums within the megacity with disproportionate rates of poverty and hardships in comparison to the rest of the capital. The Indonesian capital began to undergo reconfiguration for the socio-ecological project of ‘urban resilience’ to flooding through large urban infrastructures, land reclamation projects, and notably, forcible eviction of kampungs. Thus, kampung residents endured associated transformations such as eviction, land reclamation, and uneven access to basic and flood mitigation infrastructure. With development being a central tenet of globalization, a program established by the Jakarta governor, Anes Baswedan married urban development with effective community investment. The Community Action Plan (CAP) was a program of the governor to organize the Kampungs in Jakarta and ensure community involvement in the development of these areas as part of the greater cosmopolitan development efforts. As Jarkata endeavors to develop its cosmopolitan center as it becomes greater integrated in regional and global trade, the dynamics of the slum transition correlated with the uncontrolled growth of urbanization. However, Through the program, the principles of accessibility, freedom, and participation are prioritized in managing the villages while empowering the community to stay in proximity to the benefits of urban development and the influx of global connectedness.The veil of globalization has been lifted and we have seen its ugly truth, but at least we are connected enough now to build a better world. The CAP program in Jakarta offers optimism as how to flip the paradigm that defines the flow of capital from the bottom to the top. Globalization has opened up our world in ways that ensure we can all benefit and thrive. Community based development of infrastructure and economic activity will provide millions of people with the capital to benefit in global markets. Governance that invests in people more important than investment in corporations will enjoy dividends sparsely enjoyed by a great majority of the world. We should see globalization as the exposure to a world of opportunity, not for the few already successful but for the many that have the means to push globalization to its full potential.