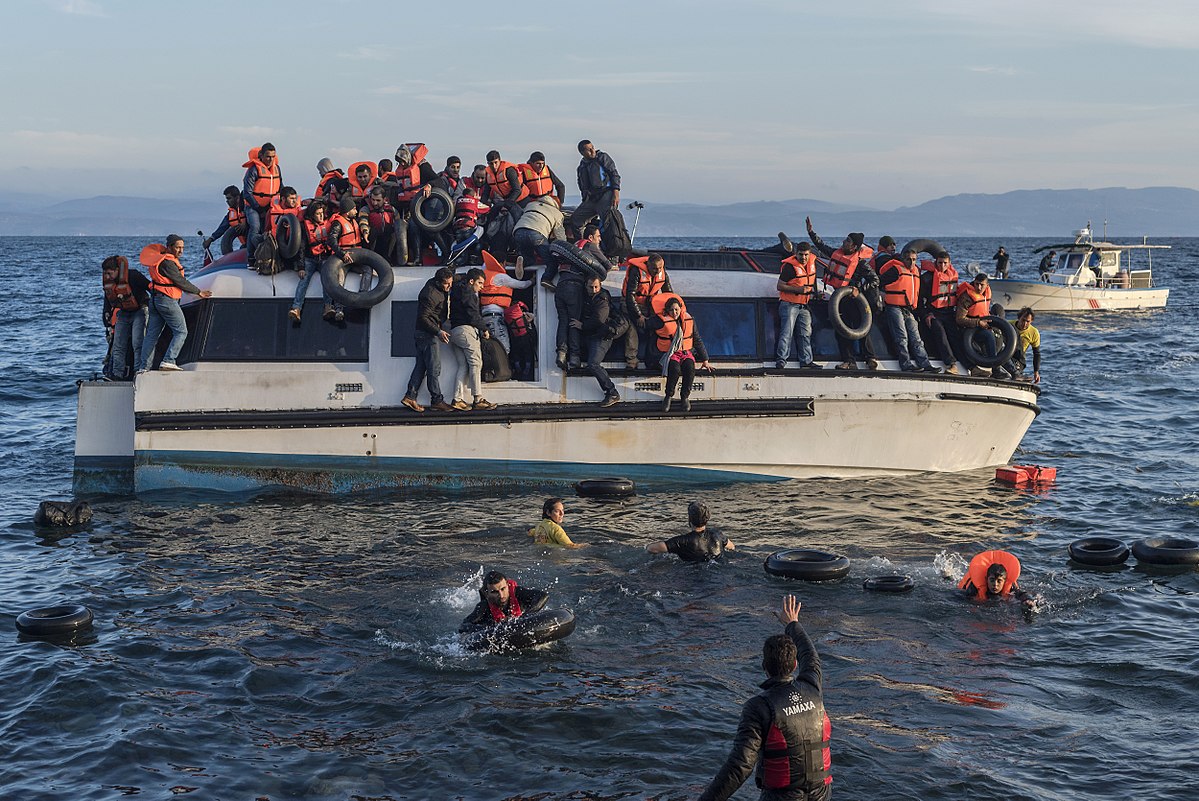 On September 8, Moria, a refugee camp on the Greek island of Lesbos, was engulfed in flames that burned down a majority of the camp and left more than 12,000 Syrian refugees sleeping on the streets of Greece. Although the destruction of the camp initiated promises from European Union officials for new measures to prevent refugee influxes in Greece, it also sparked conversation around the EU’s ineffective policies and Europe’s increase in populist sentiment.

While Syria’s civil war has raged on since 2011, the over 5.6 million refugees that have fled the country exist in a state of limbo between the jurisdiction of multiple countries, perhaps most notably Greece and Turkey. In 2015, the EU experienced a mass influx of close to 100,000 refugees fleeing predominately from Syria, Afghanistan, and Iraq, prompting the bloc to form the 2016 EU-Turkey deal- to prevent the entrance of refugees at Greece’s shores, the EU bargained with neighboring Turkey to provide monetary aid in return for Turkey accepting all refugees attempting to seek asylum in Greece. Turkey received 6 billion Euros (6.7 billion USD) to aid the now 3.6 million Syrian refugees registered in the nation.

While the deal worked in Greece’s favor for several years succeeding its conception, recent dynamics have changed- Turkey has expressed that the monetary support from the EU is insufficient compared to the burden of millions of Syrian refugees as well as migrants from Afghanistan. In March 2020, Turkey opened its borders with Greece and openly bused refugees to the nations’ shared northwestern border as a means of exerting pressure on Greece and showcasing the threat of additional refugees. Many have accused Turkey of utilizing the struggling refugees as political pawns, prompting the EU to reassert that the bloc would not be “blackmailed” into exacerbating the migrant crisis for Greece.

While the current situation remains politically fragile and is only heightened with the threat of COVID-19, the challenges Greece is facing as its camps crowd with thousands of desperate migrants are reflective of the EU’s overall structural issues and policies on asylum-seekers. The EU’s Dublin Regulations, which mandates that the first nation an asylum seeker enters must process the asylum seeker’s registration, disproportionately places large responsibilities on Mediterranean states whose borders are common points of entry for those leaving North Africa and the Middle East. While the Regulations were originally conceived to ensure that those registering do not apply to multiple member states, nations, including Italy and Greece, have led the growing opposition to the Dublin Regulations.

In an attempt to create responsibility-sharing and ease pressures off of Italy and Greece, the EU initiated yet another lacking migration policy 一 the EU’s relocation scheme, devised after the 2015 influx of asylum seekers, planned to relocate over 160,000 asylum seekers across member states over two years. By the time 2017 arrived, a mere 29,144 people had been relocated.

In an attempt to remedy this, the EU released a new plan to improve its handling of Greece’s refugees following the incineration of Moria. The EU’s most recent migration pact will expedite pre-entry screening at borders by taking a maximum of five days while increasing responsibility sharing amongst member states by having nations contribute based on their populations and GDPs. Poland, Austria, Hungary, and the Czech Republic, however, expressed a staunch opposition to the plan in stating that the borders of the EU should remain “perfectly sealed.”

While the EU’s policymaking and failure to prioritize the rights of asylum seekers are to blame for situations like Moria, the EU’s member states have experienced a recent rise in populism that hinder the success of any relocation or migration plans. Poland, Austria, Hungary, and the Czech Republic’s anti-immigrant stance is a trend across western Europe. In Denmark, the Danish People’s Party has introduced multiple policies to cut back on welfare for migrants- one law requires that migrant children, or those of a “non-Western” background, take Danish language classes for their families to receive welfare. In the Netherlands, a burqa ban was put in place in August 2019 that restricts face-covering clothing from being worn in areas including public transport, government facilities, and healthcare centers. Similar laws exist in Denmark, Austria, Bulgaria, Belgium, and France, and are representative of xenophobic and discriminatory policymaking implemented to highlight migrants as “outsiders.”

A similar sentiment was also seen in many “Brexiteers”一 for members of the UK’s conservative party, an incentive to leave the EU was that the UK would no longer be part of the EU’s “free movement of persons” right, which allows individuals to move and reside freely amongst the EU member states. The conservative argument promoted leaving the EU to prevent refugees who entered through eastern Europe from residing in the UK. Now that Brexit has passed, the UK has already begun implementing policies to prevent immigrants from entering. A new set of laws will close the UK’s borders to immigrants who do not speak English and are unskilled laborers.

While the EU itself has a history of failed migration plans, there is only so much the commission can do; with raging anti-immigrant sentiment and an increase in European populism, member states are increasingly unwilling to welcome any new migrants, much less carry out responsibility-sharing plans released by the EU. Close to 12,000 asylum seekers will be left on the shoulders of Greece and perhaps exacerbate the already tense relations with Turkey. As the European Commission has already begun financing the construction of new camps to replace Moria, the futures of many refugees may be in cramped, under-resourced camps while the EU attempts to persuade nativist leaders and member states or bribe neighboring states to ease some of Greece’s burdens. Either way, the EU has much work to be done to handle this migrant crisis adequately and humanely, perhaps starting with urgency for more tolerant and inclusive policies in its own member states.