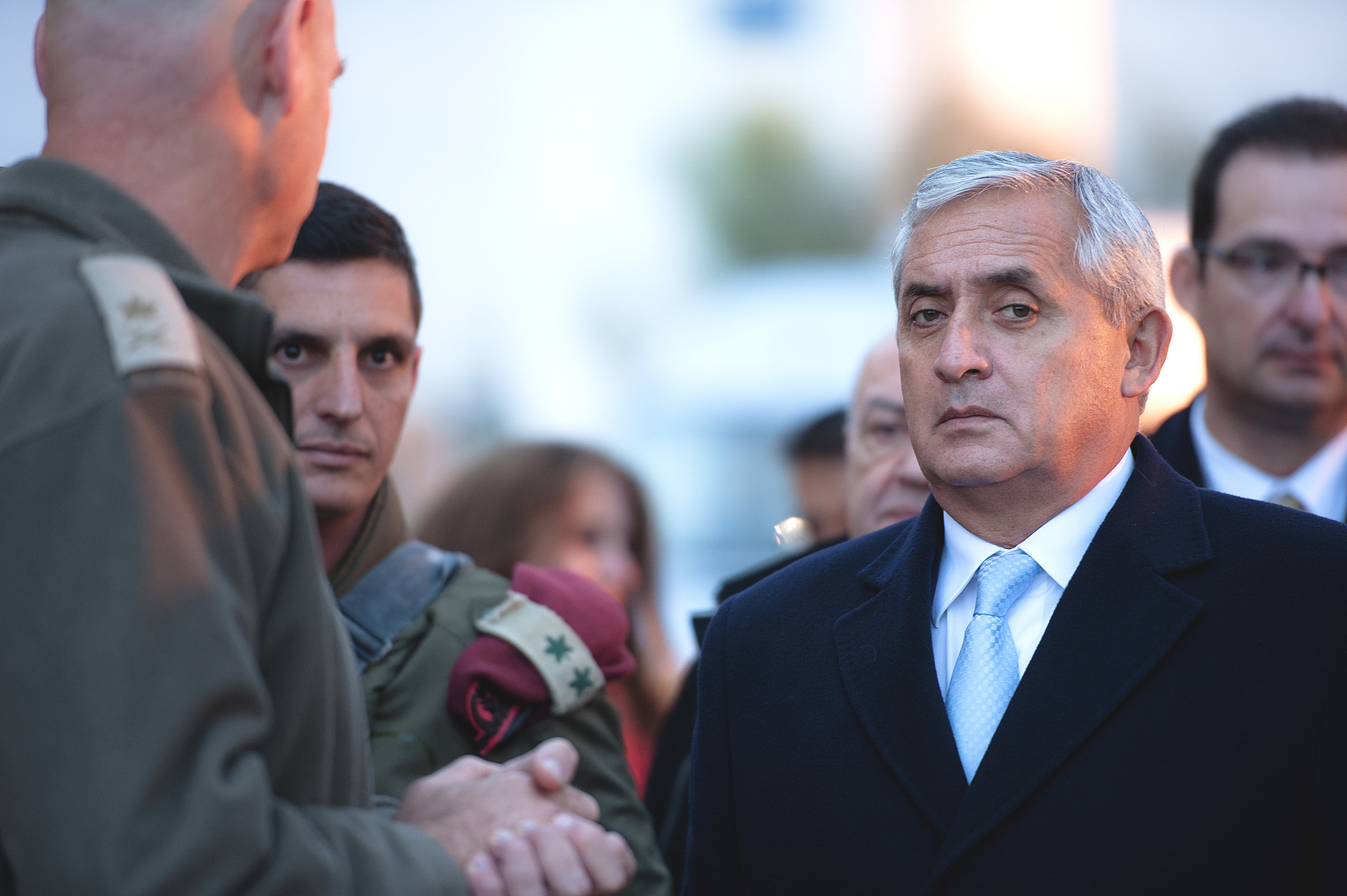 In the past few months most international news has focused on conflicts throughout the Middle East, while little has been said about the incredible transformation the Guatemalan justice system is currently undergoing. The International Commission Against Impunity in Guatemala (CICIG) is an independent UN body that has stabilized and rebuilt Guatemala’s previously failing justice system. CICIG has helped Guatemala reduce its impunity rate, democratically elect a new president and prosecute various high-level officials for corruption in “La Línea,” or “The Line,” kick-back scandal.

Guatemala has lacked a legitimate justice system since its civil war ended nearly twenty years ago. Today unpunished crime is the status quo. The Human Rights Watch released a report in 2012 that announced homicides had 95% percent impunity in 2010 (that is, 95% of homicides went unpunished) and previously, a UN-sponsored commission found the Guatemalan federal government responsible for 93% of the human rights abuses that occurred during its 36 year civil war. CICIG has made great strides towards ending the impunity that destabilizes the country, an immense accomplishment considering the violence and lack of legitimate justice that has been constant for nearly half a century. Working closely with the Attorney General’s office, CICIG arrested thirty-eight government officials tied to La Línea scandal earlier this year, including ex-President Otto Molina and former Vice-President Roxana Baldetti. The body has also successfully prosecuted other corruption scandals since 2007, actions that were non-existent before CICIG’s inception.

The most pressing questions regarding the recent success of CICIG reach across national borders: Can the commission be reproduced in other countries, such as El Salvador and Honduras? If so, under what circumstances can the commission be successful and long-lasting? Although CICIG is less than 10 years old and the long-term viability of the Guatemalan justice system remains in doubt, a progressive national leader, committed commissioner and overwhelming domestic support can effectively fight impunity within other Latin American countries.

Three main factors are responsible for the recent arrests of Guatemalan government officials that brought CICIG to the forefront of international news. The first was the willingness of Guatemalan President Óscar Berger and the Guatemalan Congress in 2007 to approve an agreement with the UN to establish CICIG. A previous attempt at creating a commission to support domestic investigations failed due to the Guatemalan Constitution’s specific declarations regarding the delegation of justice. The Guatemalan government made it a priority to work around the constitutional issue and reach an agreement on CICIG, accomplishing the most difficult step towards ending impunity. The importance of the Guatemalan state’s support of CICIG cannot be understated; this initial barrier will be the hardest to overcome in other Latin American countries due to corrupt government officials having no interest in an international body investigating their own wrongdoing.

The second factor was the appointment of Commissioner Iván Velásquez by UN Secretary-General Ban Ki-moon in 2013, a full six years after the body was created. Although the previous commissioner of CICIG was quietly successful— the impunity rate dropped from 95% to 70% under his term— he lacked a celebrity presence and the body’s accomplishments were not widely covered by the media. On the other hand, Velásquez is currently a domestic superstar, symbolizing hope and justice while carrying the informal label of most popular man in Guatemala. His investigation and arrests in La Línea scandal have shown Guatemalans that nobody in their government is above justice. The UN Secretary-General did not appoint Velásquez as the first commissioner of CICIG; it may take time to find the perfect leaders of future commissions against impunity in other countries. Therefore the focus must be on domestic governments’ continual support of independent commissions in order to keep renewing their short mandates (CICIG has a two-year mandate that must be renewed by the Guatemalan government).

The third factor, and perhaps the most complex of the three, is the Guatemalan domestic support for CICIG. The Guatemalan public is currently vocal in their support of CICIG, especially with the recent arrests of top government officials. The two candidates that ran for President last month both promised to keep CICIG intact, which shows the enormous value the public places in the commission. If the successful trend of CICIG investigations and arrests continue, no presidential campaigns will be successful without voicing support, which assures future extensions of the commission. The first two factors listed, agreeing to create the commission and allowing enough time for it to become effective, are reliant upon the domestic and international support of CICIG as public pressure can force other states to agree to similar independent commissions and ensure the extension of its mandate when necessary.

Those in the region and the international public sphere must also be loud in their support for such commissions in other Latin American countries, as is the case in Guatemala. The most recent CICIG arrests have thrust the commission into the public spotlight within Latin America and Commissioner Velásquez’s current popularity adds to the CICIG’s domestic support, marking the perfect time to pressure other governments into installing their own commission. That being said, creating financial incentives for the federal government may be the most effective way to incentivize states’ acceptance of anti-impunity institutions.

So far there have been some calls for implementation in El Salvador and Honduras but each state’s government has opposed a commission that replicates the mandate of CICIG. One way to overcome the reluctance of these governments is to link the creation of a similar commissions to foreign aid programs, which the United States has attempted. El Salvador and Honduras both refused to agree to a commission with similar domestic power, even with these added financial incentives. The US government and others across the globe must be more demanding of these aid recipients and it is the job of the international community, including the American public, to raise awareness and support for the implementation of CICIG-like bodies in other Latin American countries marred by government corruption. If CICIG is to truly mark a turning point in the history of Latin American corruption there must be multilateral efforts by the US, the UN and other democratic nations that pressure states like El Salvador and Honduras into implementing similar independent institutions.