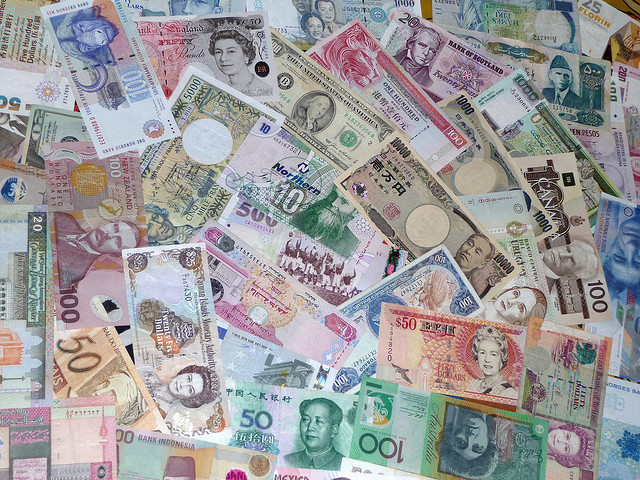 The United States has responded to China’s rapid growth as an economic power by taking a soft-line diplomatic approach. This is to ensure the U.S. access to China’s economic resources. While China holds a significant portion of Americans debt, the U.S. is one of the largest buyers of Chinese exports. Thus, the U.S. hopes to maintain friendly and productive economic relations with China so as to not disturb the symbiosis between them. While urging China to be responsible with its newfound economic power, the Obama administration simultaneously seeks to maintain a peaceful dialogue and build up strong bilateral cooperation. Notably, the Obama administration has enhanced the U.S.-China Strategic and Economic Dialogue forum. However, while the U.S. wants to ensure China continues to by up American debt, it is wary of China’s increasing influence over the both the U.S. and the international community.

The United States’ desire to support its own economy while preserving economic relations with China has driven U.S. encouragement of China to revalue its currency to market exchange rate values. China has kept its currency, the renminbi, below market-determined value to persuade other countries to buy Chinese goods. However, as China maintains a high economic growth rate in the globalized economy where most economies are all interdependent, the undervalued renminbi has thrown off the monetary balance between countries. It also means that investment in the Chinese economy is not worth as much as it should be.

Recently, Obama pressured China to revalue the renminbi at the G20 summit in Seoul. As NY Times writer discussed in his article “Obama Ends G-20 Summit With Criticism of China,” Obama strayed from his usual “longtime practice of speaking with diplomatic caution about China’s currency policy” and “accused Beijing of intervening aggressively to keep its currency, the renminbi, below its market value to promote exports.” Obama used harsh language in criticizing China’s continued currency devaluing, saying China needs to be responsible with its economic success. Given the interconnectedness of the U.S. economy with China’s, Obama wants to protect the American economy as a whole. Although it would make goods more expensive, raising the currency value to market rates would potentially increase the value of U.S. investments in China.

What effect will this have on China and its world position? China has recently increased its national interest rates to counter potential inflation of its already devalued currency due to its rapid economic growth, government currency printing, and increased bank loans. If the value of this flood of currency rises, so will China’s economic clout. It may, however, also cause China to lose export business and thus hurt its economy. This would ultimately damage the American economy, of which China holds increasing shares.

Many Americans depend on the flood of inexpensive Chinese-made products to remain afloat in this economy. The interconnectedness of the American and Chinese economies means Americans need to be concerned with the effects of Chinese currency on domestic businesses. The question they must ask themselves is what effect would creating a more global, market-driven currency balance have on American and Chinese citizens and their wallets?