Skip to content
The Generation > Europe > Security > Lampedusa: the Much-Needed Heart of Illegal Immigration in the Mediterranean
Europe Security 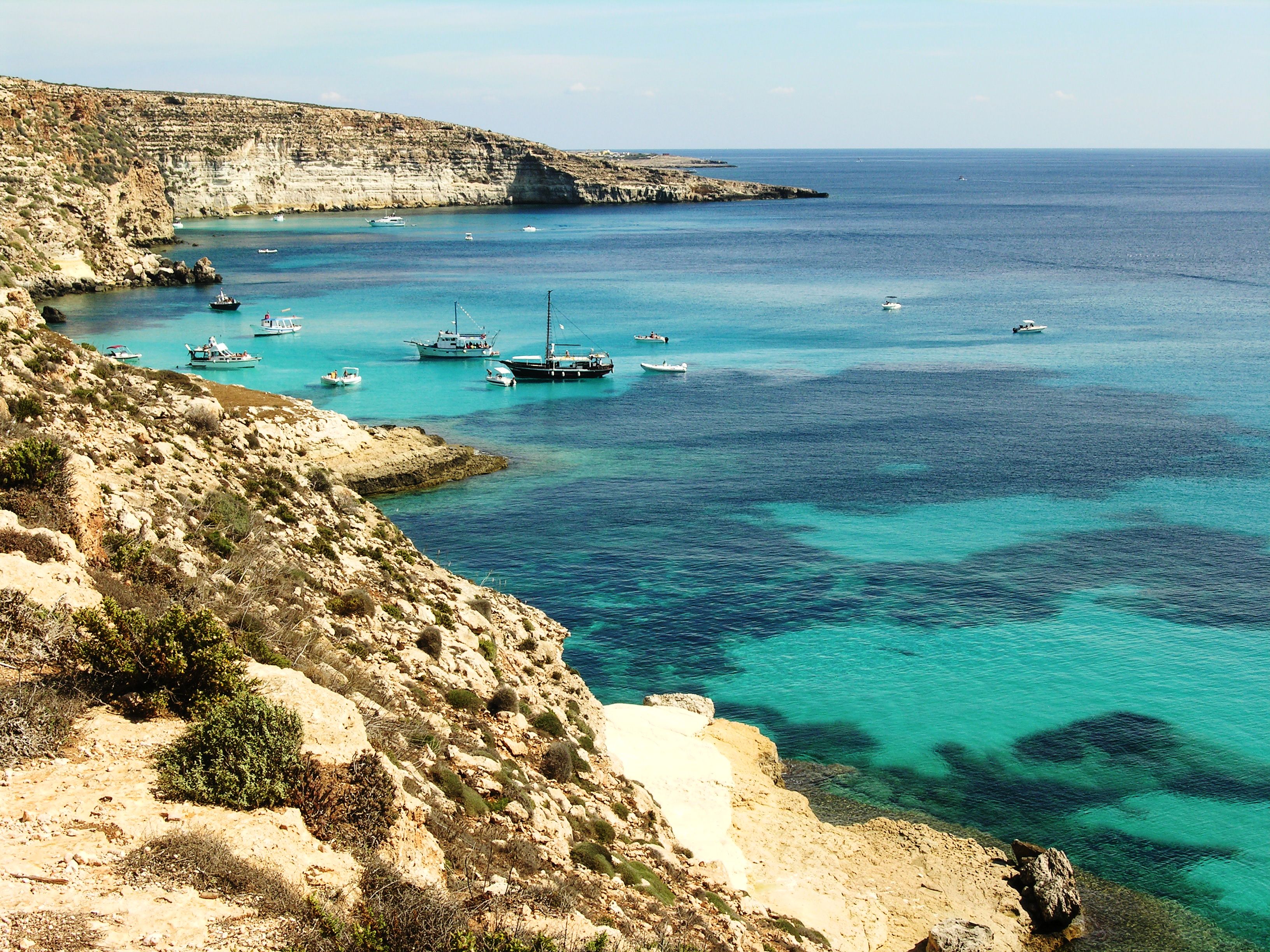 A shipwreck on Oct. 3 off the coast of Lampedusa, a small Italian island in the Mediterranean between Sicily and Tunisia, has reinvigorated an increasingly urgent discussion on illegal immigration into Italy and other European countries. Almost 340 of the more than 500 passengers aboard the ship drowned in the accident that occurred a half mile from the shore of the island. Most of the migrants were refugees from Eritrea and Somalia, where many face political persecution or economic hardships under unstable governments. Many of the migrants were also raped and tortured by traffickers before they even boarded the ship, according to the testimonies of numerous survivors. The incident, needless to say, has imbued the immigration debate with a humanitarian perspective that was largely lacking before.

Lampedusa has been a destination for asylum seekers from North Africa due to its proximity to Libya for over a decade despite the dangers of crossing the Mediterranean. The U.N. estimates that 6,000 people have drowned in the waters around Lampedusa from 1994 to 2012, and an estimated 500 people drowned in Mediterranean waters crossing from North Africa to Europe in 2012 alone. An incident as large as the Oct. 3 shipwreck, however, was unprecedented, and quickly catapulted Lampedusa into European headlines as a symbol of the immigration issues that have been swept under the rug in Italy and the rest of the European Union.

Illegal immigration is a relatively new phenomenon to European countries such as Italy and Greece, where immigration only became a significant issue in the late 1970s. Not much has been done politically to mirror shifting demographic changes since then, and what few political adjustments that have been implemented only seem to be exacerbating the current situation and avoiding a more stable resolution.

Anti-immigration sentiment is strong in Italy, and the legislation shows it. Illegal immigrants can be punished with incarceration per a law passed in 2009. The Italian government also struck a deal in 2009 with then-Libyan ruler Moammar Kadafi to repatriate all migrants caught at sea, without hearing claims for asylum. The heart of the legal controversy surrounding undocumented immigration in Italy, however, is the Bossi-Fini law passed in 2002, which outlaws any assistance of undocumented immigrants. Many Italians claim Bossi-Fini is liable for the number of lives lost in Lampedusa, saying that local fishermen were hesitant to help the drowning victims for fear of legal repercussions.

As anti-immigration laws remain stringent, voices of people enraged at the indifference of Italian politicians have grown louder since the October shipwreck. Angelino Alfani, a politician of the conservative People of Freedom party, was battered with shouts of “assassins” and “shame” at a ceremony held for the victims of the shipwreck. One local fisherman in Lampedusa lambasted the Italian coastguard, who he says refused to take rescued people off of his boat so that he could save other people because it was not their protocol to do so.

“I don’t know if you know what’s it’s like to see the sight I saw: a sea filled with people, all calling for help. It wouldn’t have been hard to save these people,” he said, according to the Guardian.

Even Pope Francis took a stance on immigration, criticizing the hostility of Europeans towards immigrants who come to the continent seeking a better life.

“We are a society which has forgotten how to weep, how to experience compassion,” he said in a July visit to Lampedusa after a previous shipwreck that killed dozens of victims. He addressed the migrants: “The church is with you in the search for a more dignified life for you and your families.”

The divide between supporters and opponents of immigration is not limited to Italy, and immigration proves to be a complex and sticky issue for politics across the Mediterranean.

Greece, which has the most immigrants of any Southern-European country and is seen as an entry point to Europe for many North African and Middle Eastern migrants, has witnessed growing xenophobic attitudes within its political structure. Golden Dawn, a neo-Nazi nationalist party, secured 21 seats in the Athens parliament in elections in 2012, a significant gain for what had previously been considered a fringe group. Its 6.97% representation makes Golden Dawn the third largest party in the Greek parliament, and is a clear indication of rising antagonistic sentiment towards immigrants. Greece, however, also opened its first fully functioning asylum center in June 2013. This significant step towards addressing the immigration problem reflects an acknowledgement of the pressing need to address migration to Greek shores despite increasing xenophobia.

France stands in a similar position. Hundreds of high school students in France took to the streets on Oct. 17, protesting the deportation of two immigrant minors. Although France’s new socialist government under Francois Hollande was expected to have a less confrontational approach in dealing with undocumented immigrants compared to the previous conservative government under Nicolas Sarkozy, little has changed. The protestors called for the resignation of interior minister Manuel Valls, an advocate for the deportation of Roma people. Although this may seem like the government is at odds with the wishes of the French people, polls say otherwise, as most French citizens agree that the Roma should be deported to their original countries, according to the New York Times. Speaking out for immigrant rights still seems limited to a minority in France.

The shipwreck off the coast of Lampedusa has brought a much-needed humanitarian eye to the immigration crisis in Europe. Although xenophobia and anti-immigration sentiment are still stronger than ever, Europe finds itself poised for an overhaul of immigration policies that may prevent future disasters as voices of dissent demand change. And as attitudes change, so legislation has as well—the European Parliament has since called for a revision of the Bossi-Fini law, and the Judiciary Commission of the Italian senate approved an amendment that would eliminate arrest as a punishment for undocumented immigrants.

It took a disaster that claimed the lives of several hundred people for Europe to confront the crisis at its doorstep. If Lampedusa has put the continent at a moral crossroads for immigration policies for years to come, we should hope that the human compassion Europe is starting to feel now is here to stay.

Amber is a fourth year student at UCLA, where she studies Japanese and Italian for her major in Comparative Literature.