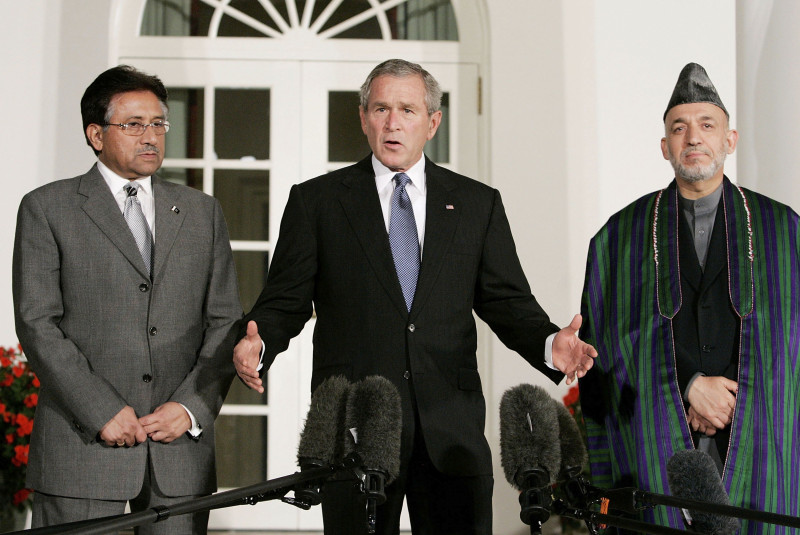 For years, Pakistan, a ‘shadowy hand’ in Central Asian politics, has covertly aided the Afghan Taliban while nominally maintaining its status as a US lynchpin in the Global War on Terror (GWOT). Obfuscated by bureaucratic red tape, Islamabad’s infidelity was only brought to the public eye after the raid on Usama bin Laden’s compound in Abbottabad, which was suspiciously just around the corner from the Pakistani Military Academy. It is clear that Pakistan suffers from its share of devastating terrorist attacks, and for those who adhere to the liberalist school of political thought, or the diametric Cold War perception of America and its allies versus all things evil, this begets the question: Why does Pakistan play both sides? Perhaps fatalistic to some, the answer lies within neorealism and its conception that states are primarily concerned with the balance of power, and will engage in self-help behavior to not only preserve the status quo but will exploit ‘allies’ to acquire it, as long as the cost-benefit calculus reports a favorable outcome.

Pakistani interest in Afghanistan is rooted in the Indian-Pakistani power struggle. Fearing encirclement by India and its allies, Islamabad has consistently sought to cultivate a friendly Kabul government. According to former Pakistani Ambassador to the United States Husain Haqqani, Pakistani Inter-Services Intelligence (ISI), sought to cultivate a post-Soviet Afghanistan “so beholden to Pakistan” that no Afghani “would ever question Pakistan’s right to dictate to Afghanistan.” An Afghanistan beholden to Pakistan would not only but would cease long-standing border disagreements, which originated with the 1893 Partition of Afghanistan and former British India, but would also provide strategic depth in the event of an Indian invasion. Therefore, as India ramped up support for more secular Tajik groups such as the Northern Alliance, Pakistan, fearing a potential Afghan-Indian ‘pincer’ that an Afghanistan beholden to India could achieve, countered Indian influence by creating and cultivating the Pashtun Afghan Taliban. Subsequently, by the late 1990’s, with the support of the ISI, the Northern Alliance had been virtually defeated and the Taliban were firmly rooted in Kabul.

On the surface, for Pakistani dictator Pervez Musharraf, 9/11 marked an opportunity to repair diplomatic relationships with the West that had deteriorated since his ascent to power by military coup, and Pakistan’s crossing of the nuclear threshold. As a result, with his fingers presumably crossed behind his back, Musharraf publicly pledged his country’s “unstinted cooperation in the fight against terrorism” and agreed to provide intelligence and logistical support for Coalition operations in Afghanistan in return for US aid and a normalization of relations. Reciprocally, at a joint press conference held in November 2001, President Bush called Musharraf a “strong leader” of a “strong ally.” However, under the surface, “the way [Musharraf and the ISI] saw 9/11 was that it disrupted their little plan” for altering the regional balance of power in their favor. Because the Afghan Taliban had been elevated to a US enemy on par with al Qaeda for harboring Usama bin Laden, and the Northern Alliance was now a US ally, 9/11 thwarted Pakistan’s ambitions to fill the post-Cold War Afghan power vacuum. As a result, Musharraf’s support for the GWOT would prove to be only nominal.

By November 2001, Musharraf was nervous, and revealed his true intentions regarding Afghanistan when he warned President Bush of the “anarchy and atrocities” that would follow Northern Alliance control of Kabul, insisting “that the Pashtuns … be involved in a postwar political settlement.” While Musharraf was not wrong regarding the negative implications of ‘thuggish’ Northern Alliance warlords, it is clear that his motivations for ‘warning’ the US laid not within helping win the GWOT, but in regional power politics. Consequently, when US SOF and Northern Alliance fighters captured Kabul and encircled the Taliban holdout of Kunduz, Musharraf realized that given the presence of the US, Afghanistan, at least for the time being, could not be beholden to Pakistan. Subsequently, the ISI evacuated hundreds of Taliban and al Qaeda leaders from Kunduz in an operation pejoratively termed: ‘The Airlift of Evil.’  As Coalition forces looked on helplessly from afar, what was sold to the Bush Administration by Musharraf as a “minor extraction [of Pakistani ISI personnel], turned into a major air bridge” of US adversaries. In a calculated gamble, Musharraf chose to bide his time.

Prior to the airlift, the Bush Administration was well aware of Pakistani support for terrorists. According to declassified State Department cables that predate 9/11, US foreign policy decision makers were aware that “large numbers of Pakistani nationals [had] recently moved into Afghanistan to fight for the Taliban … with the tacit acquiescence of the Pakistani Government.”   The existence of such documents raises the questions: Why didn’t the Bush Administration confront Pakistan? Why weren’t they more wary of Musharraf’s true intentions?  In reality, while the US was aware of Musharraf’s double-cross, it could not easily address the threat without jeopardizing Pakistan’s cooperation in other areas of greater geopolitical strategic interest, such as the security of Pakistan’s nuclear program or support for covert US operations in the Middle East and Central Asia. At the height of Operation Enduring Freedom (OEF), if the US were to have taken corrective action, a destabilized Pakistan with nuclear capabilities would have proved disastrous.

As a result, to avoid national embarrassment, the Bush Administration refused to placate Pakistan, and publicly denied any such evacuation. From that point on, Musharraf and the ISI were confident that they could ‘hedge their bets’ between US and terrorist demands, because President Bush did not “ask the hard questions, and frankly, neither did the people working for him.” For the duration of the Bush and Obama Administrations, it seems that despite intermittent demands that Pakistan cease and desist its assistance to the Afghan Taliban, the US accepted the relationship as a necessary evil. Subsequently, for the duration of OEF, the Afghan Taliban and al Qaeda insurgents were given sanctuary in Pakistan, as the nation itself, funded by US dollars, fought its own internal war on terror against an ‘unfriendly’ Taliban: the Tehrik-i-Taliban (TTP). For too long, the US has allowed Pakistan to have its cake and eat it too.

In 2018, the Trump Administration suspended 1.3 billion dollars in security assistance to Pakistan, citing its support for terrorists. In 2019, with the entrance of a new Pakistani government, led by Prime Minister Imran Khan, bilateral talks between the US and Pakistan were held in the Oval Office. When asked by a reporter if he would restore aid to Pakistan, President Trump replied: “The problem was Pakistan — this is before you [Khan] — Pakistan was not doing anything for us.  They were really … subversive.  They were going against us … To be honest, I think we have a better relationship with Pakistan right now than we did when we were paying that money.  But all of that can come back, depending on what we work out.” With a new rapport established, four days later, $125 million in military aid was re-pledged to Pakistan.

It is essential to recognize the actor-observer bias. While it is easy to simply denounce Pakistan as a state sponsor of terror, which it is, one must recognize the root causes of its actions. To reiterate: Pakistan supports the Afghan Taliban because it understands that a Kabul beholden to Islamabad shifts the balance of power in its favor, or at the very least, helps it maintain the status-quo against a much larger India. Therefore, winning the GWOT depends on relieving tensions between India and Pakistan as much as it does by preventing the Taliban from overthrowing the Government of Afghanistan (GIRoA). At the same bilateral talks, when asked by Prime Minister Khan if he would serve as a mediator between India and Pakistan, regarding territorial conflict in Kashmir, President Trump replied: “It’s impossible to believe two incredible countries … can’t solve a problem like that.  But if you want me to mediate … I would be willing to do that. In response, Prime Minister Khan thanked President Trump and expressed his sincere desire for triadic talks.

In retrospect, with the planned US withdrawal from Afghanistan, and recent peace talks with the Taliban, it is clear that by evacuating Taliban and al Qaeda leadership in 2001, Musharraf and the ISI were correct in their assertion of the US’s limited resolve, and have kept the Afghan Taliban on retainer, ready to pounce. One can only hope that for the sake of Afghanistan, the GIRoA can withstand a reinvigorated Taliban offensive, this time without direct help from Coalition ground forces. President Trump’s use of an unconventional mixed bag of carrots and sticks on a new Pakistani Government will hopefully be enough to exact a real change in Pakistani foreign policy towards Afghanistan; following a reduction in tensions between India and Pakistan. While India has since rejected offers of mediation, it is in the US’s interest to sell such offers, perhaps through linkage, with vigor.