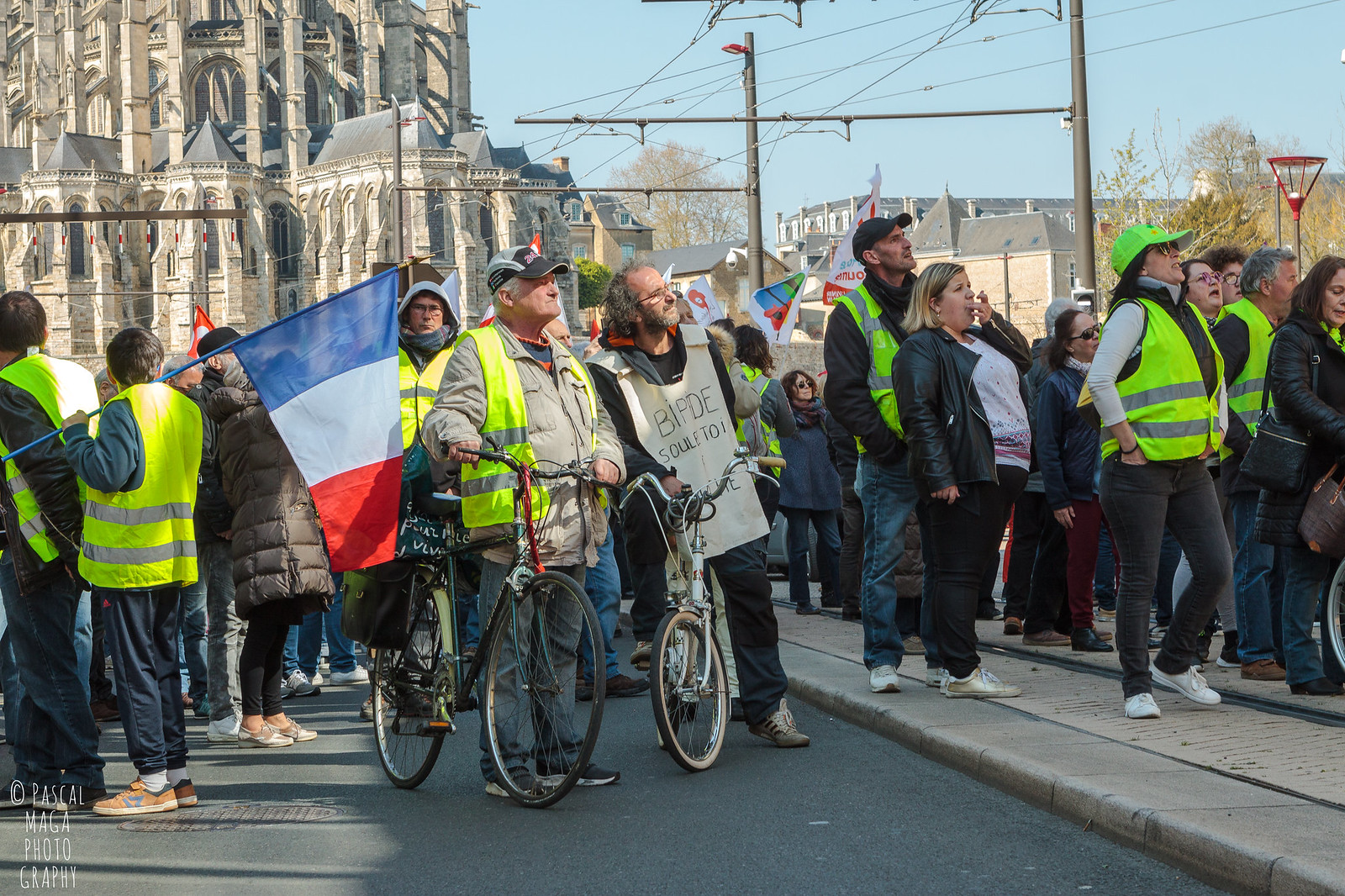 “There is no Planet B.”  In April 2018, French President Emmanuel Macron addressed1 a joint meeting of the U.S. Congress, staked out a hard-line position on climate leadership, and exhorted the United States to reaffirm its commitment to “make our planet great again.” Hopes2 were high that Macron would not only overhaul French domestic climate policy, but that he would also fill the void left by America’s apparent abdication of international climate leadership. However, a lack of recent progress in French policy, little international pressure, and dissatisfaction expressed by environmental advocacy organizations suggest that Macron is failing to follow through on both fronts. The Macron administration’s recent and highly public gilet jaune3 embarrassment – a series of mass street protests that garnered international press coverage – holds the answers for France’s sluggish progress on climate policy and serves as a stark warning of the populist pitfalls that can befall climate advocates whose policies may, even unintentionally, reinforce existing inequalities.

Since the Paris Climate Conference in 2017, Macron’s France has made little measurable progress in the fight against global warming. This past August, French Environment Minister Nicolas Hulot dramatically resigned4 on live television, claiming that Macron’s government was unwilling to push for real change in environmental policy. Hulot claimed that lobbyist influence and political cowardice had hamstrung decision-makers in the French government such that only “mini-steps,” not the sweeping changes Macron promised, had been achieved. Tellingly, the day before Hulot unexpectedly resigned, both he and President Macron met with the National Hunting Association, laying the groundwork for a liberalization of hunting laws despite opposition5 from bird conservation groups. Hulot’s resignation, apparently well-justified, was a red flag for environmental advocates.

Additionally, despite the Macron administration’s vocal push to lower carbon emissions, France has so far been unsuccessful6. In January 2018, France admitted that it had surpassed its emissions target by 3.6%, an embarrassing result for the French government. Ironically, despite the U.S.’s exit from the Paris Agreements, American GHG emissions declined7 more than those of any other country when measured in 2017. This unexpected result was likely caused by America’s increasing reliance on natural gas, which, although a fossil-fuel, produces fewer emissions than coal. The French Environment Ministry, meanwhile, blamed low oil prices for an increase in energy consumption and cited transportation and winter-time heating as the two top culprits.

Seeing the gulf between Macron’s tough talk on global warming and his failures to curb domestic emissions, one might have fairly assumed before November of 2018 that the French president’s words were hollow. This would, however, have been a mistake.

Following the Macron government’s decision to raise the fuel tax, a national sales tax on all gasoline purchases, in the new year, as had been done consistently in prior years, chaos broke out. Mass demonstrations by yellow-vested protesters broke out in major French cities such as Paris, Nice, and Lyon as well as overseas territories like the island Réunion east of Madagascar. The protests were named for the gilets jaunes (yellow safety vests) they wore, which all French motorists are required to keep in their cars and wear in the event of road emergencies. These yellow vests, ubiquitous and associated with emergency situations, became the uniform and symbol of the growing unrest.

The outbreak of violence between demonstrators and police led to thousands of injuries on both sides and the deaths8 of 10 civilians. After three weeks of escalating violence, President Macron backed down and suspended9 the fuel tax increase for six months.

What went wrong? It is worth examining the complexities of climate politics in the French context to understand why Macron’s fuel tax increase, which would have arguably reduced vehicle-based greenhouse gas emissions, provoked such a popular and violent response.

In effect, Macron’s fuel tax is a regressive policy which would have disproportionately punished an already economically disadvantaged population. Because the fuel tax is calculated on a cents-per-litre basis and does not take into account the socio-economic status of the individual taxed, it taxes a greater percentage of low-income and working-class individuals’ incomes and so disproportionately hurts those who are already struggling in a stagnant economy10 with a staggering unemployment rate of over 9%. For context, peak unemployment in the U.S. during the Great Recession of 2008 reached 10%11. It is understandable why the French people would react so angrily to a tax increase on those with little to give, especially as the Macron administration commits to lowering12 corporate tax rates. We can extrapolate an important lesson for other policy makers from Macron’s fuel tax failure.

In American politics and elsewhere, politicians, lobbyists, and climate activists must be careful that their commitment to environmental social engineering is not implemented in such a way that the financial burden of such policies falls on the most vulnerable. Without a doubt, a serious climate policy will force individuals to restructure their lives and consumption habits, but this must be done carefully. If, for instance, the United States were to institute a federal ban on the use of combustion-engine motor vehicles, that policy would no doubt benefit the environment and drastically reduce greenhouse gas emissions. But, those without the capital to purchase pricier electric cars and unable to use alternative transportation would be well within their rights to oppose such a measure. Instead of writing clumsily-designed laws that financially penalize vulnerable individuals who lack viable climate-friendly alternatives to their behavior, legislators should instead consider a corporate carbon tax or equivalent cap-and-trade system to incentivize industries to self-regulate their emissions and redirect this tax revenue into subsidies for renewable energy and invest in climate-friendly public infrastructure like urban mass transit and bike lanes, protect and expand government-funded nature reserves, and create job-training programs to transition workers away from dying fossil fuel industries like the American coal mines. It is therefore important that climate policies be not only effective but popular; after all, angry voters can always rebel against poorly-designed laws and, in doing so, set back the entire environmentalist movement.

Almost everyone agrees climate change is a real and existential threat to human society, but no one wants to foot the bill themselves. If world leaders are serious about preserving a habitable Earth for future generations, they must tread carefully when designing laws intended to reduce greenhouse gas emissions. Handing the bill to the already-marginalized is just bad policy.