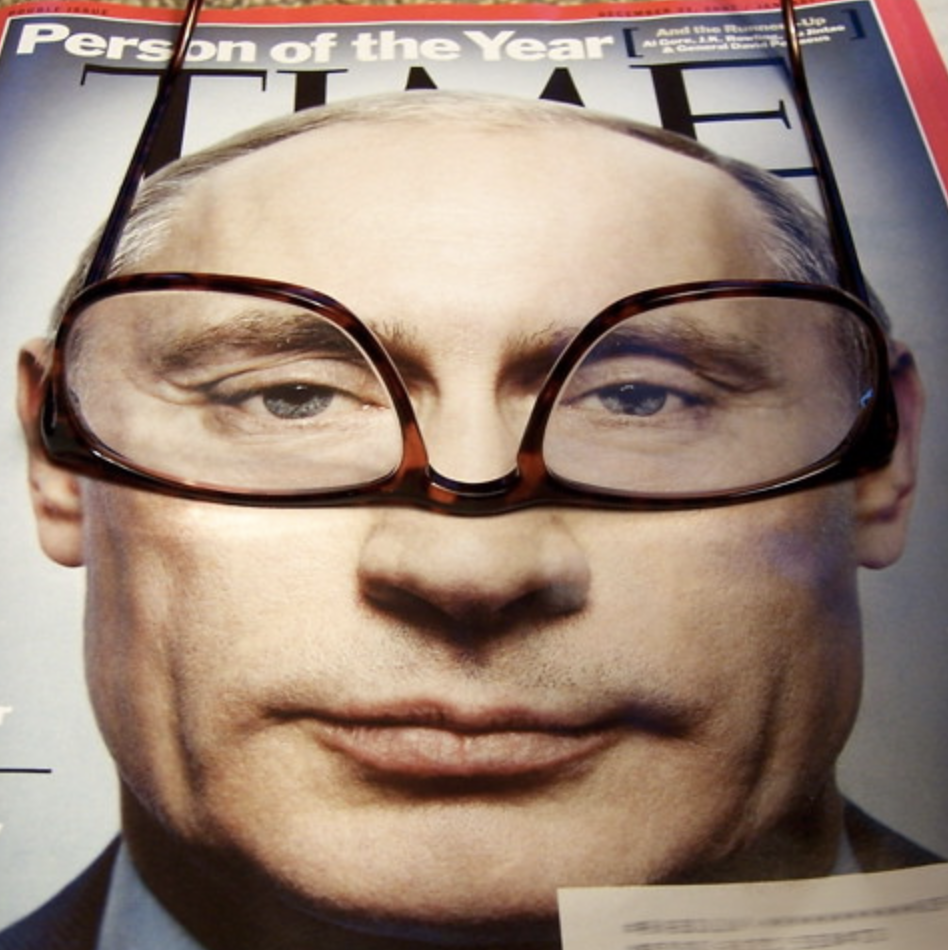 Surrounded by patriotic pomp and splendor, Russian President Vladimir Putin led thousands to chant “Russia” during a visit to the historic Crimean capital of Simferopol earlier this year. Putin’s visit marks the fifth anniversary of the Russian annexation of Crimea from Ukraine, an action which NATO has continued to strongly condemn, citing Russian actions to be a violation of Ukrainian sovereignty and a serious breach of international law. Recent Russian expansionism is directly correlated with Putin’s obsession with creating a Russiky Mir. This reflects a strategy Putin has utilized to leverage the soft power of self-identified and often hyper-nationalist ethnic Russian ‘compatriots abroad’ to undermine the sovereignty of former Soviet Bloc nations. Proclaiming that “in patriotism, [lies] the basis” for a consolidated Russian Eurasia, Putin’s Russiky Mir lays the groundwork for Russian hard power occupation.

While Putin continues to paint himself as a national hero, the jingoistic fervor that bolstered his popularity following Crimea’s “reunification” has since waned as Russia continues to suffer under Western sanctions. With his latest excursion into Crimea, it seems that Putin’s imperialistic aspirations have dug himself into a hole. Military expansion to “Make Russia Great Again,” while initially strategically promising, has proven to be both economically and politically unviable.

Since its annexation from the Ottoman Empire in 1783, Crimea has been at the forefront of Russian strategy. The peninsula’s deep sea port at Sevastopol, transferred to Ukraine in 1954 in a gesture of good faith by Soviet Premier Khrushchev, remained the headquarters of the Russian Black Sea Fleet post-Soviet dissolution, due to a (now defunct) 1997 treaty that permitted leasing of the port to Russia. While the treaty preserved Moscow’s ability to project regional power, Ukrainian participation was contingent on the rather vague Russian promise to “respect the sovereignty of Ukraine” while operating forces off base. Manifested by the continued presence of the Black Sea Fleet, Russia’s ability to fulfill its role as regional hegemon is dependent on maintaining a force in Crimea at all costs, since their port at Novorossiysk continues to lack the infrastructure required to support the full-scale naval operations that grant Russia access to the Mediterranean through the Turkish Straits.

Given the existential importance of power projection to Russia, it did not take a foreign affairs expert to register Putin’s feelings towards Viktor Yushchenko during the 2004 Ukrainian Presidential Race. In contrast to Putin’s marionette; the Russophile Yanukovych, Yushchenko was a pro-Western politician who ran on an anti-corruption platform. Understanding that victory for Yushchenko would mean closer ties to NATO and the possible abrogation of a Russian military presence in Sevastopol, Putin did his best to turn public opinion in favor of Yanukovych, vilifying Yushchenko on Russian State Television. In response, when it was announced that Yanukovych had won, massive protests erupted, denouncing the election’s legitimacy and calling for a rerun, where Yushchenko was ultimately found to be the victor. These “Color Revolutions,” which also occurred in other post-Soviet Republics, signaled a desire for autonomous and fair regional representation. To Putin however, they only reinforced his resolve to preserve Russian hegemony.

Efforts to maintain Russian preeminence, previously characterized by subtle political subversion, grew increasingly violent with a series of provocative land grabs; most notably during the 2008 Russo-Georgian War when Russia’s Sevastopol based forces were utilized to help separatist Georgian states gain their “independence,” before promptly subjugating them to de-facto Russian control. Fearing (correctly) that Putin’s blatant violation of Georgia’s territorial integrity was an ominous foreshadowing of what to come, Yushchenko publicly reaffirmed Ukraine’s push for NATO membership and condemned the intervention, threatening to increase the rent on Russia’s Sevastopol lease. Sensing Ukraine’s increasing intolerance towards the Russian presence in Crimea, Putin intensified his combative rhetoric, denouncing NATO expansion into Ukraine as a “direct threat to Russian security” and vowed resistance to any such moves.

To the delight of Putin, Ukraine’s promising pro-Western trajectory was abruptly halted with the legitimate election of Viktor Yanukovych in 2010. However, when Ukraine erupted into revolution once more, Putin decided to intervene on his pro-Russian counterpart’s behalf, recognizing an opportunistic chance to secure Crimea once and for all. On February 27th, 2014, unmarked Russian soldiers, colloquially referred to as the “little green men,” seized the Crimean Parliament building in Simferopol. Cut off from Kyiv, members of Parliament ‘voted’ Russian nationalist; Sergey Aksyonov into office who promptly requested Russian military intervention to ensure “peace and tranquility” in the face of civil unrest. Three weeks later, with a stroke of his pen, Putin formally annexed Crimea under the guise of self-determination, viewing Crimeans and Russians as a singular people, momentarily separated by the collapse of the USSR, but now finally reunited.

Since the annexation, five years of sustained Russian aggression have revealed that Putin’s imperialist ambitions have cost his country dearly. Despite the often unpredictable nature of the Trump Administration, the United States has not only upheld, but has increased Obama-era sanctions and NATO operations in the region, emphasizing deterrence through joint training exercises and mutual defense. Since 2014, U.S. and E.U. sanctions have targeted more than 700 Russian entities; waging a war of economic attrition against Russian corporations, state banks, and oligarchs. Such punitive measures have taken a great toll on the Russian economy, which as of 2018 is “10% smaller [than] what might have been expected at the end of 2013,” according to a study performed by Bloomberg Analytics. A testament to the effectiveness of the Western sanctions, public trust in Putin has fallen to a historic 13 year low, bottoming out at a measly 33.3%. Compared to the popularity Putin enjoyed during the post-annexation wave of national euphoria, lack of public trust can be attributed to not only the faltering economy but to the institution of pension reform due to the Kremlin’s shrinking purse. Pension reform has raised the retirement age, denying benefits to hundreds of thousands of workers who have since taken to the streets in protest, denouncing Putin and his United Russia Party.

If Putin does not curb his combative rhetoric, Western sanctions will endure and the Russian economy will continue to atrophy, further degrading Putin and his United Russia Party in the eyes of voters. While Putin is ineligible for a third consecutive term as President, he may attempt to retain power through a ‘castling’ maneuver, similar to what was done with Dmitry Medvedev. However, given Putin’s current downward trajectory, it is uncertain if castling or a 2030 presidential run will even be feasible. While the future may see Putin attempt another small yet victorious war to momentarily revitalize the public trust, such a decision would only further perpetuate a vicious cycle of aggression and sanctions. Putin’s attempts to “Make Russia Great Again” through subversion and military expansionism have only contributed to the gradual decline of his party’s dominance. As United Russia loses popularity, opposition parties such as the Communists and Liberal Democrats stand poised to take its place.