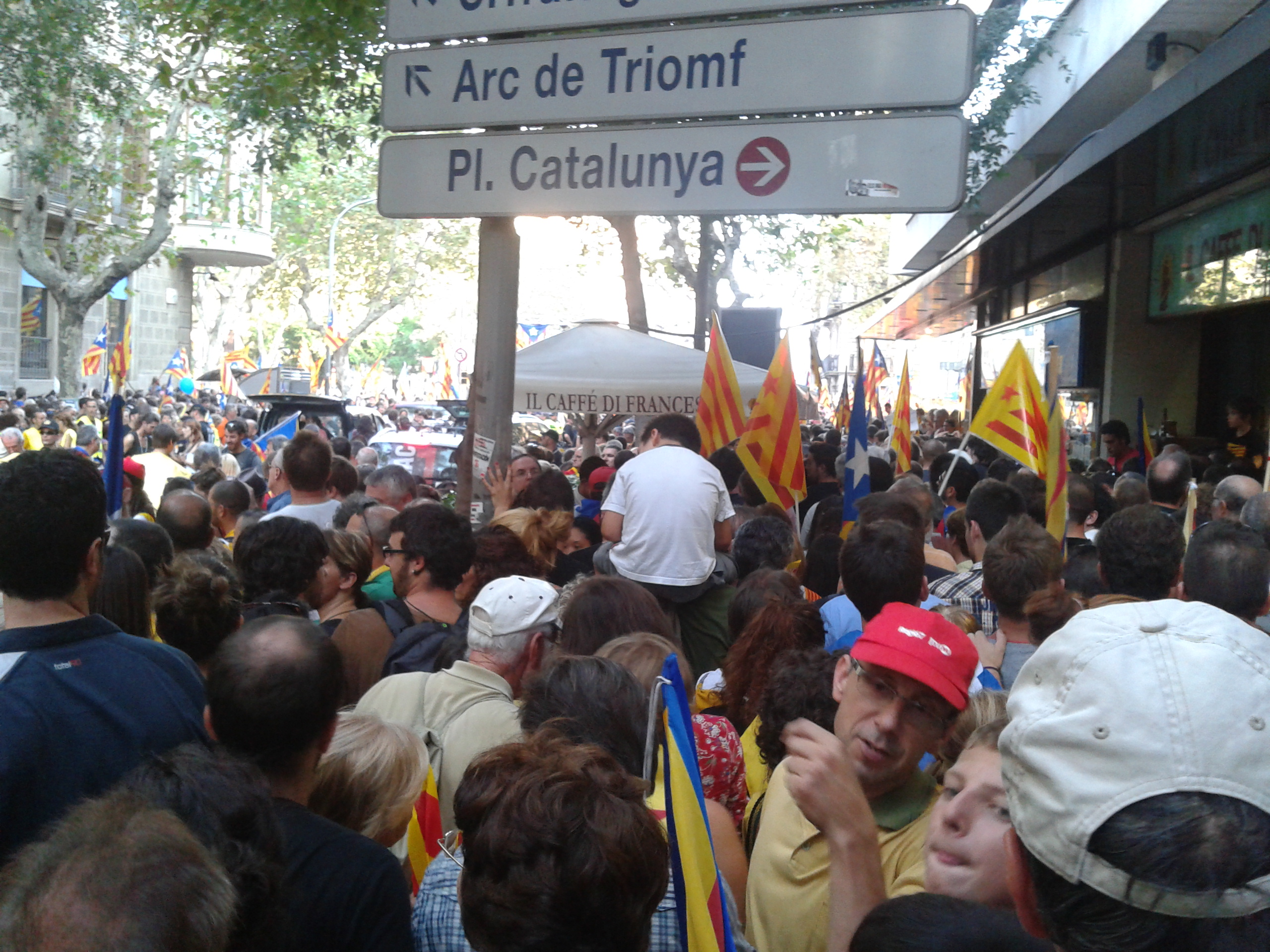 One of the most heard slogans during Franco’s dictatorial Regime in Spain was “España: una, grande y libre” (“Spain: one, big and free”). Well, Franco clearly didn’t create a free Spain, and it isn’t a big country per se. What was accomplished least of all was the creation ofone Spain. With several kingdoms and wars, and a relatively recent civil war that led to the actual shape of the country; with five official languages and some unofficial others; there are several Spains in Spain. Some regions have reconciled with the central government through history. But with the actual Spanish and global crisis, and the management of the governments of the last years, the nationalistic feeling has strengthened in other regions. That may be the case of Catalunya (Catalonia), which now seems to be pushing toward its independence from Spain.

This past Sunday, November 25th, the Spanish region of Catalonia held a much-anticipated election after only two years of the right-Catalanist Convergencia i Unió (CiU) party government. The Catalan president, Artur Mas, called the population to the polls with a semi-messianic campaign. He promised strong policies towards a relatively imminent independence from Spain. After such campaigning, everyone, including the opposition, expected strong results for Mas’ CiU. The results, however, displayed something quite different from what Artur Mas, analysts, and media statistics anticipated.

CiU received only 50 out of 135 total seats in the parliament. This is 12 less than the 62 they previously held. The irony is that CiU called for these elections, hoping to gain more than the 68 seats they needed for a majority. Instead, they now have just 30 percent of the votes, while four other parties hold between 12 and 20 percent. Such a colorful Catalan parliament as this forces CiU to negotiate with other political parties, in order to keep governing.

Artur Mas’ peculiar campaign is partially to blame for the results. After several opportunistic movements in 2012, Mas called the Catalan population to the streets on the 11th of September, for the traditional walk for independence on the national day of Catalonia. While expectations were high, the results were overwhelming. More than 1.5 million people strutted through the streets of Barcelona (out of the nearly 7 million Catalans), waving the independence flag and calling for a change.

Two days after the march, Mas called for the anticipated elections to be held on November 25th. Mas’ CiU planned the elections, and the other parties were ill-prepared while the CiU was strong and ready. For the campaign, CiU prepared the above poster where Mas appears in a messianic pose, with the slogan “The Will of a Nation” – assuming the 11th of September demonstrations as a sign of strength. The speeches that Mas held during the two months previous to the election were full of references to how he was leading Catalonia through its independence process; how Spain wasn’t treating Catalonia fairly both at an economical and sociopolitical level, and how CiU was the only option. He was apparently attempting to achieve the impossible, to be “the flag” of independence himself.

Post-election results show two different things. First, and beautifully enough, Catalan people believe more than ever in democracy (around 70 percent voter turnout), and second, they are everything but fools. Mas took the 11th of September demonstration personally – but Catalans weren’t answering Mas’ call, they had a call for themselves. They didn’t buy Mas’ speeches – he may have been a good way through independence, but he was not going to “own” it as he so wished. The speeches of Mas rang clear as those from a CiU who was never openly pro-independence. Mas was just being opportunistic this time. In reality, Mas is a CiU that has increased taxes, applied more cuts in social services than has the Spanish Government that Mas so openly criticizes, and simply overridden common sense. Mas is a CiU that has allowed 30 percent of Catalonia’s children to remain in poverty, while maintaining harmful right-wing policies.

Catalans might have wanted independence, but it was not CiU’s version of it that they sought. CiU’s failure in the polls is now being used by some to prove how the independence movement is not as strong as the million marcher demonstrations had predicted.

But the truth is that the pro-independence feeling, which Mas claimed as his own in order to strengthen his campaign, remains strong and in opposition to him. Mas’ CiU fell from 62 seats in 2010 to 50 seats. Parties with pro-independence referenda on their platforms held only 14 of the total seats in 2010. After the November 2012 election, they represent 87 of the 135 seats. Shared between several parties, the pro-independence seats make up a historical vast majority.

Objectively, this means that a possible referendum and further independence are politically and bureaucratically more difficult than if led by a unique party with a vast majority. Nevertheless, it also means that, when held, and if approved, the independence process and what it implies will be shared between several parties, several colors, from the extreme left to the far right. Now the push through self-determination comes from several parties with different ideals, but not under CiU’s flag. The elongated process looks more difficult, but at least it represents a wider spectrum of the population and is democratically stronger.

This is probably the best way to represent the Catalan population and its diversity – the real “Will of a Nation.”