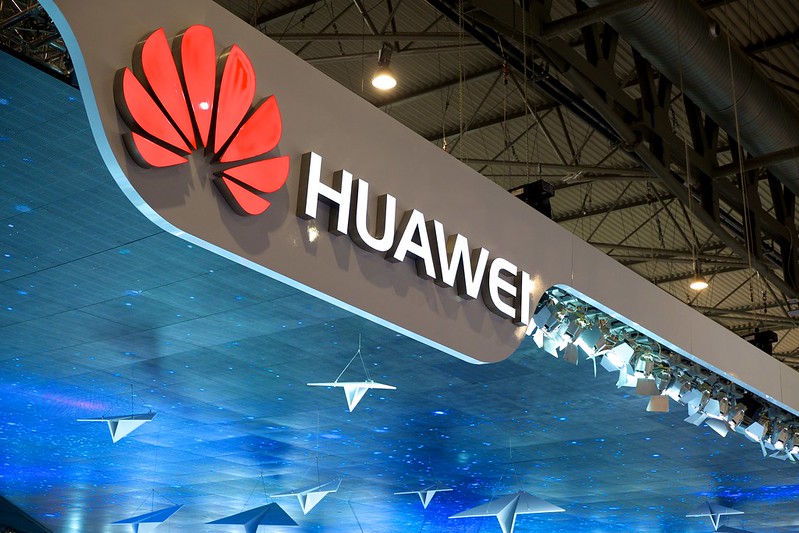 Russian President Vladimir Putin once noted that “whoever leads in AI will rule the world[i]”. He may just be right. From the battlefield to the kitchen, there is close to no aspect of society that artificial intelligence (AI), and high technology for that matter, will not touch. To put this assertion into perspective, the 2018 World Economic Forum meeting noted that 5G’s global impact is expected to be on par with the invention of electricity and the automobile. The technology will enable billions of new digital connections, advance the utility of AI through denser data transfer and is expected to contribute $12 trillion to global GDP by 2035[ii].

Though civilization sits on the horizon of a new world reminiscent of science fiction, shifting geopolitical dynamics and a brewing great power rivalry stand as forces capable of distorting, and ultimately setting the course of humanity on two starkly different paths.

The current erosion of U.S. – China relations stands as the catalyst for this prospective detour in a forthcoming technological revolution. From global economic uncertainty compounded by a battering trade war to the prospect of dangerous miscalculation in a region increasingly marred by power politics[iii], there is much at stake even this early on in what’s likely to be a century marked by stiff competition between the two superpowers.

One of the most far-reaching casualties of this rivalry can be felt in technology. The “digital iron curtain” is a term currently being coined to describe the prospect of the formation of two distinct global digital ecosystems brought on by Chinese – U.S. contention in the technology sector[iv]. Societies around the world would be divided via the internet and devices they use rather than walls and barbed wire.

New America Foundation Fellow Samm Sacks provided a compelling reason this is occuring at Bloomberg’s New Economy Forum in Beijing this past November. Miss Sacks argues that the United States is pursuing a policy founded on paranoia and fear, in which all Chinese companies and researchers are seen as nefarious. In contrast, China is cultivating an environment of “techno nationalism” where the government views technology as a tool and appendage of the state[v]. These policy choices are fostering an environment incompatible with cooperation. Political ideology, economic nationalism, and increasing suspicion of the other is laying the foundation for a wall separating two of the world’s most technologically adept countries.

Indications of this divide are already unfolding. Following a May 2019 executive order that virtually bans the Chinese tech giant Huawei in the United States and limits U.S. companies from cooperating with it, Google stripped the firm from use of its Android operating system[vi]. Though this ban has been temporarily lifted, it has cemented volatility and mistrust in the trade relationship between the two. It has also compelled Huawei to develop its own native operating system in the event that the restriction is imposed. Huawei smartphone sales outside of China could dwindle if their access to widely used Google services are permanently cut off.

This individual case demonstrates that when the avenues enabling the interdependence between U.S. and Chinese tech firms close, it ultimately forces each side to ensure they become independent from the other.

The greatest implications of this divide will become more visible as the second half of the world comes online. The International Telecommunication Union’s (ITU) Measuring the Information Society Report (2018) estimates that around 3.9 billion people, or around 51% of the world’s population, now has access to the internet[vii]. This leaves a huge segment of the world without the kind of tech that China and the United States will compete vigorously to rollout within these developing markets. When the current polarization and competitive attitudes are taken into account, it’s no surprise that the world sits on the cusp of falling between a deeply divided American and Chinese led digital market.

These two distinct digital orders may incorporate and draw themselves along political boundaries. Democracies sharing the United States’ culture of a free and open internet promoting freedom of speech and expression will be more inclined to work with Western firms over Chinese ones. Authoritarian countries may find it more attractive to work with the latter to satiate, rather than challenge, their desire to consolidate political power. The prospective benefits that advanced technology brings to the future is ultimately being constrained by a vital relationship in disarray.

No more than a decade has passed since it became possible for anyone with a connection to the Internet to access and author real-time spatial information on demand and free of charge.  Prior to the development and release of web-based mapping services such as OpenStreetMap, Wikimapia, Google Maps and Google Earth, geospatial information science (GIS) and its associated technologies primarily served the needs of governments, financially well-off corporations, and well-funded civic and scientific organizations.  Public practice was handicapped by high barriers of entry, including expensive desktop software and sophisticated technical expertise necessary for making use of the software.  To add to the effect, available data in geospatial format lacked for two reasons: astandardization of geospatial data format was still under development, and GIS tools were expensive and technically complex.  Yet in the mid-2000s, GIS experienced a landmark evolution characterized by the democratization of tools and know-how, collectively enabled by the Internet.  New services became available online that both exposed the public to high quality geospatial data and bid for the active volunteering of local spatial knowledge.  Today, this trend has led to a new form of crowdsourced GIS, and the rapidly expanding volume of data produced by the public is popularly referred to as Volunteered Geographic Information (VGI).  Beyond the impact that VGI has had on GIS, the phenomena is also playing an increasingly important role in everything from instantaneous news updates, weather forecasting, emergency/disaster response, and social media.  From the local level to the global level, VGI is fostering spatial awareness within civil society to a greater extent than has ever been witnessed before.

Open source GIS services are distinguished by technical simplicity and a user-friendly interface, zero financial cost, and availability through the Internet.  Furthermore, virtually all of these services allow users to contribute, edit, and update geospatial content (i.e. open source).  The Google Maps Application Program Interface, in particular, evolves constantly as the original source code is integrated into innovative new applications.  Location services have become crucial functions within countless computer-based and mobile applications such as social media behemoths Twitter and Instagram, and these open source web-based mapping services have become the underlying technology supporting a growing share of embedded location services.

At the basic level, volunteered geographic information is founded on the intersection of virtually ubiquitous navigation technology (most commonly synchronized with the Global Positioning System), local spatial knowledge translated into georeferenced attribute data, and observation imagery collected from spaceborne and airborne sensors.  Users generate the content through their interactions with open source GIS services and the end-product is by and large published electronically through laptops and mobile technology.  The content is tied to specified coordinates and as more information about that particular location is published, the associated geographic information becomes richer.

Globally, the digital divide is rapidly shrinking.  The cost of mobile technology is falling and mobile broadband service has now reached complete global coverage.  Smartphones are the fastest spreading information communication technology in many developing countries, and in general, smartphones are trending towards simpler, easier user-interfaces, which means they require less sophisticated technical know-how than in the past.  Reductions in the cost of both mobile technology and mobile broadband service is democratizing access to GIS services, increasing the production of user-generated spatial content, and enabling more innovative developers to concoct brilliant applications using the source code provided by companies such as Google.

It seems hard to imagine using mobile technology without also using some type of GIS-enabled application.  Geographic location is emerging as an organizing mechanism for the rapid digital accumulation of data, and GIS supplies the tools that make this happen.  From social media posts to real-time news updates to weather forecasts, geographic information is generated by users through their engagement with embedded location services.  Whether users are simply “geotagging” their location on an image while traveling or voluntarily georeferencing new roads or buildings on open source web-based mapping services such as OpenStreetMap, geographic information is being crowdsourced constantly.  In many cases, VGI is more precise and/or timely than could be provided by any government agency or corporation.  People in the immediate area of, say a natural disaster or crime scene, are likely equipped with mobile technology and can upload information accompanied by their geographic location instantly.

Traditionally, response to natural disasters and other crises have been considered the responsibility of nation-states, international organizations such as the United Nations, and non-governmental organizations such as The Nature Conservancy or Amnesty International.  This perception, however, has changed in many ways recently, one of which results from the role that web-based open source mapping services play in encouraging crowdsourced responses to local events.  In the immediate aftermath of natural disasters, humanitarian crises and epidemiological outbreaks, timely information from observers in the affected area is crucial.  Prior to the marriage of web-based mapping services and mobile technology, information of this nature was difficult to obtain.  Volunteered geographic information has provided a solution to this challenge, and it is now considered a principal asset when assessing the rapidly changing conditions on the ground.  For example, volunteered geographic information played a crucial role in the relief efforts following the earthquake in Haiti in 2010.  Aid workers used OpenStreetMap and other web-based mapping services to develop crowdsourced maps of remote areas inflicted by the earthquake where previously existing maps were significantly lacking in detail.  Other examples include the use of geotagged twitter updates to map post-election protests in Iran in 2009, and widespread use of a cutting-edge open-source crowdmapping platform called CrisisNET designed by non-profit Ushahidi in a number of natural disasters in 2011, namely the tsunami in Japan that took 20,000 lives, and most recently to map violence via social media updates in Syria.

With the currently unfolding unrest in long-time conflict laden Yemen, thousands of displaced refugees are in need of humanitarian support.  Crowdsourced mapping and volunteered geographic information can and should be considered a valuable resource for response efforts in Yemen.  Applications such as CrisisNET would be exceptionally helpful for maximizing the appropriate content and distribution of aid coming from the U.N. and other governmental and nongovernmental organizations.

Volunteered geographic information and crowdsourced mapping have worked to blur the distinction between professional cartographer and the rest of society.  Individuals from across the globe are empowered to map their message, their information, and their opinion by increasingly affordable GPS-enabled wireless communication technology, mobile broadband Internet, open source web-based mapping applications, and a growing body of publicly-available high resolution earth observation imagery.  Together, these ingredients are fueling the development of a digital earth with details beyond just land cover and topography, but also including social, political, and cultural information that changes in step with real world developments.  As GIS expert Michael Goodchild of UC Santa Barbara frames it, volunteered geographic information “opens the possibilities of a dense network of individual, intelligent observers” (Goodchild, 2012, p. 585).  Crowdsourcing is revolutionizing the way we collect and interpret geographic data.  It brings the power of defining our planet to the people.  More people participating in the process of mapping means more data, and when it comes to understanding our planet, more data is better data.