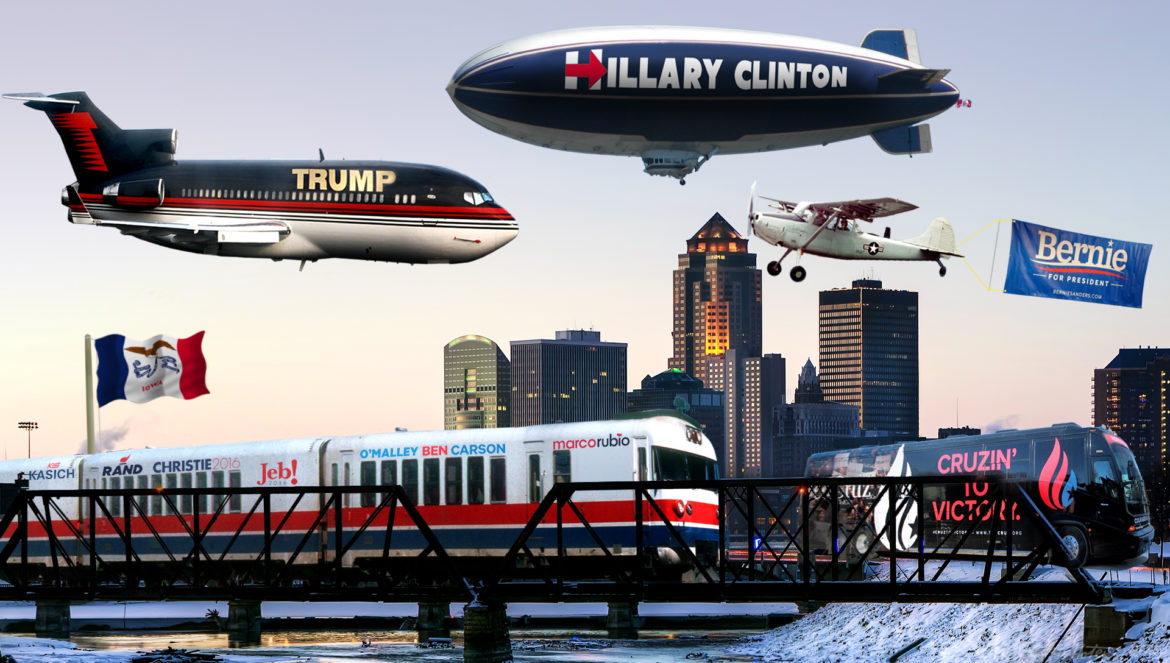 As former Secretary of State Hillary Clinton stated in the Milwaukee Democratic Debate last February, “When people go to vote in primaries or caucuses, they are voting not only for the president, they are voting for the commander-in-chief. And it’s important that people really look hard at what the threats and dangers we face are, and who is best prepared for dealing with them.” Although a clear plug for her past experience, Clinton highlights a crucial element to the presidency that can easily be lost in the media circus surrounding the 2016 election. A time meant to showcase credentials and visions for the future has quickly turned into the spectacle and squabble of entertainment television. The media has succumbed to treating this race for the presidency as just another reality TV show MTV would proudly stream alongside The Real World. With the most recent GOP debate spotlighting personal banter rather than prevailing issues, it is time for us as audiences but most importantly as voters, to make ourselves informed and conscious of the power that one of these presidential hopefuls will soon attain. One of these lucky selected few will soon run this country and the US armed forces, inheriting what can arguably be deemed as the most powerful position in the world. In the wise words of Uncle Ben, “with great power comes great responsibility,” and the power in this case, among an extensive list of others, comes from the role of Commander in Chief.

In the digital age, remarks on the campaign trail spread like wildfire across news platforms having immediate impacts on citizens nationally and on the perception of the United States internationally. Case in point: Trump’s rhetoric inciting violence against immigrants with the recent assault of a homeless hispanic man by two brothers, one of which stated, “Donald Trump was right, all these illegals need to be deported,” and Trump responded with “I will say that people who are following me are very passionate. They love this country and they want this country to be great again.” Conversely government heads such as former President Fox of Mexico, in an interview with CNN, voiced that Donald Trump reminds him of Hitler. Although this is but one candidate’s views, it foreshadows the extremely real mindset a presidential frontrunner will take as President and as Commander in Chief and the international denunciation of his views.

These comments and plans for US interaction with the world demand a great deal of attention considering the vast foreign policy challenges that currently exist. The new president will be stepping into a world plagued by terrorist attacks —al-Shabab claiming the most recent bomb attack on a Somalian airplane in reaction to the Turkish airline’s state affiliation to Western operations; will have to face the escalating hodgepodge of civil war against President Bashar al-Assad and proxy war against IS in Syria, along with the snowballing refugee crisis they have kindled; the budding international rivalry with Russia; and the augmenting threat of North Korea’s nuclear ambitions, to name a few. As the primaries are in full swing, positions on these international aspects may be greatly impacted by the scrimmage for votes, but they do paint a very real picture of how these candidates will espouse this role. A depiction of this can be quickly processed by simply viewing the way each candidate has titled these issues on their respective websites. Hillary Clinton: “National Security.” Bernie Sanders: “War and Peace.” Donald Trump: “The Military.” Ted Cruz: “Defend Our Nation.” Marco Rubio: “Build American Strength.” These headlines show clear distinctions, with Republicans siding for a militaristic approach and the Democrats opting for diplomatic engagement. To elaborate on a few of the frontrunners’ perspectives, Clinton’s platform seeks to establish a strong economic foundation for diplomatic influence and military defense, aims to disrupt terrorist infrastructure on the ground and online, and hopes to strengthen current partnerships and work to build new ones. Sanders views the role of Commander in Chief as defending this nation, but seeking diplomatic solutions before military action, stating, “war must be a last resort, not the first option.” Trump asserts the military as a primordial force, declaring,—and I quote— “I will make our Military so big, powerful and strong that no one will mess with us.” Following a similar path, Cruz views rebuilding America’s military as key in maintaining national safety and exerting our leadership on the global stage, because “what is best for America is best for the world.”

One of the biggest issues affecting the international sphere, as previously mentioned, is the ongoing war against terrorism primordially sparked by the Islamic State and its affiliates. With a new attack emerging at an almost weekly basis and the scope of these organizations reaching the United States with the most recent San Bernardino shooting, the threat of terrorism has once again reached a security level on par with the period immediately following 9/11. A line connecting the candidates, both Democrat and Republican, is the defeat of IS. However, their projected methods of accomplishing this and tackling its interconnected aspects differentiate their stances. Journalists have outlined the candidates’ positions from accepting refugees, to instituting a no-fly zone, to declaring war. The divide seems clear between the two parties on accepting refugees, but when it comes to military action party lines begin to blur. The Republican candidates have been clear in opposing any further acceptance of Syrian refugees in light of the recent domestic terror attacks, while Democrats have protested anti-refugee and anti-muslim rhetoric in supporting increases in refugee acceptance. Now in the logistics of the war: Cruz and Sanders are both against sending in more US ground troops, while Trump, Clinton and Rubio agree that more troops are needed—with Clinton and Rubio specifying their support for the sending a special ops team. Clinton and the Republicans also both advocate for instituting a no-fly zone in Syria, while Sanders stands alone in his opposition of it. Additionally in terms of invoking NATO Article 5 (the principle of collective defence, requiring all parties to assist in collective action, including the use of armed force, when one or more signatories is attacked), Rubio has favored invoking it, while the rest of the candidates remain unclear In their position for it. IS must be eliminated, they all hail, but how they will achieve this is where divisions come into play.

Another key issue headlining foreign policy talks is US-Russian relations. The ongoing rivalry is no secret, regarding the presence of both forces in Syria particularly and the Middle East in general. Despite the rivalry, there is distinction in how the presidential candidates will interact with Putin. On this gradient of views, Ted Cruz and Marco Rubio stand strongest in condemning Russia’s President declaring him as “a bully and a dictator” and “a gangster and a criminal” respectively. Cruz calls for asserting US strength in Syria by expanding missile defenses in Eastern Europe while highlighting the country’s human rights violations to deter Russian resurgence. Rubio has accused Putin of “trying to destroy NATO” in challenging US dominance in the Middle East in addition to his support of Syrian President Bashar al-Assad. In the middle of the gradient lies Hillary Clinton, who has gone head to head with Putin in her past role of Secretary of State. She affirms her belief that Russia has aimed to undermine and confront American power and that the US must counter this; however she admits that when it comes to Syria, the solution must comprise Russian participation. Diverting even further into a diplomatic approach, Sanders promotes a collaborative actions with allies against Russian aggression in placing economic sanctions and international pressure on Putin as “an alternative to any direct military confrontation.” Now on the far side of the gradient is the very pro-Putin candidate Donald Trump who, unlike his peers, seems to be carrying on a friendly relationship stating, “I’ve always felt fine about Putin,” and that “Russia and the United States should be able to work well with each other towards defeating terrorism and restoring world peace, not to mention trade and all of the other benefits derived from mutual respect,” in response to Putin’s endorsing him.

This breakdown is only a soundbite of the extensive decisions one of these frontrunners will take on. Domestic goals are undeniably a prevailing aspect of this race, but do not let the emphasis on the domestic distract you. We are about to elect a new Commander in Chief. Foreign affairs vastly impact the national, and one Presidential hopeful will inherit the power to overhaul world order as hegemon in the international sphere. It is easy to get caught up in the drama and, more recently, outright brawls, between the presidential hopefuls on the debate floor. However, this election can no longer serve as mere entertainment. Voters must watch debates with critical minds and must investigate what candidates best align with their views. Candidates’ platforms are not a mystery.  Answers are literally a click away.  There is no excuse for ignorance.  Use the Internet. Let it be  your informant, let it be your voice. The proliferation of information is our greatest strength in this election.  Whether you “feel the Bern”, want to “make America great again,” see “Hillary for America,” believe in “A New American Century” or remain undecided, keep yourself informed and vote for who you believe can best represent this nation as not just President, but further as Commander in Chief. 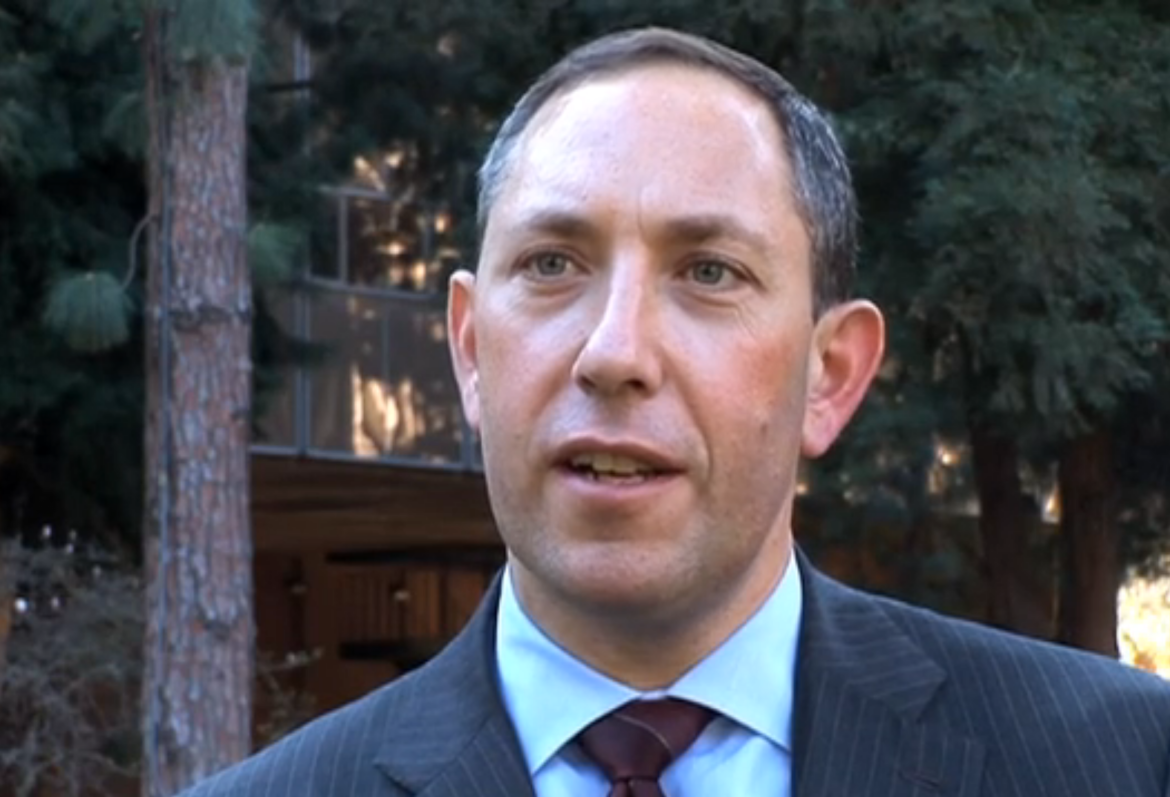 What are the major terrorist threats not yet on our radar? How are New York and other cities around the world adjusting to modern security threats?  Just ask Mitchell Silber.

He sat down with The Generation co-editor Brad Rowe in UCLA’s Murphy Sculpture Garden to discuss his new book The Al Qaeda Factor, terrorist threats in the Western Hemisphere, and his inspiring personal journey from Wall Street to NYPD (which he has served for seven years).

Please both join us for a captivating interview and share your thoughts on The Generation comments page.