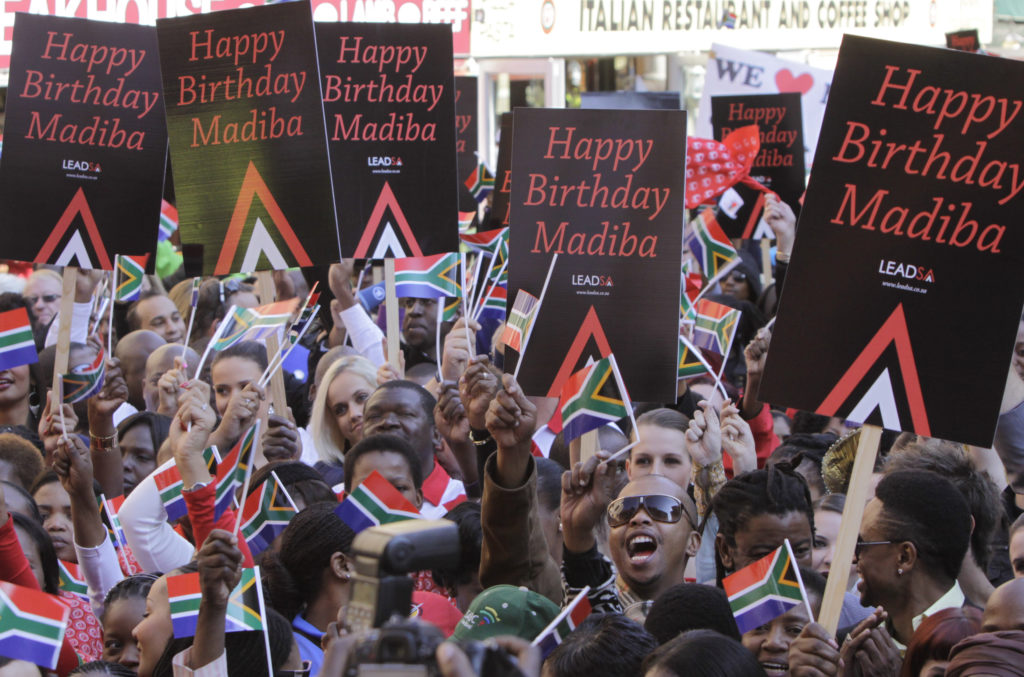 Today marks the third annual “Nelson Mandela International Day” as Mr. Mandela celebrates his 94th birthday in Qunu, the Eastern Cape. The first Mandela Day commenced on July 18th 2009 in New York City with volunteering, educational events, and fundraising which lead to the concert series at Radio City Music Hall; however, it was not until November 2009 that the United Nations General Assembly officially declared it “Nelson Mandela International Day.” Recognizing and remembering the ills of the apartheid government, the conflicts, the atrocious human rights abuses, and the appalling racial issues that the people of South Africa suffered through in the quest for democracy (just 18 years ago) are all encompassed in this day.

The fight for democracy, social justice, and freedom, consumed 67 years of Mr. Mandela’s life with 27 years spent in prison, 18 of those years were spent on Robben Island in cell number 466. As no one was called by name on Robben Island, Mr. Mandela became known as cell number 46664, beginning his sentence in 1964. Mr. Mandela gave the number, known as “four, double six, six, four” to Project 46664 as a lasting reminder for the values and rights he so passionately believed in and fought for. Project 46664 began as a global call for the prevention and awareness of HIV/AIDS that has since evolved to encompassing broader issues of social injustice and other humanitarian rights that Mr. Mandela stands for.  As part of the celebration of Mandela Day, each of us should strive to volunteer 67 minutes, since Mr. Mandela spent 67 years, in making the world a better, more just place, for all people.

Throughout the week of celebrations for Mr. Mandela during this July, the second wife of Mr. Mandela, Ms. Winnie Madikizela-Mandela, continues to stir up disagreement and debate within the African National Congress (ANC) political scene. No one denies that her past has been both quite remarkable and mottled especially during the late 1980s regarding her entwinement within the apartheid movement. Ms. Madikizela-Mandela continues to stir public interest as evidenced by her recent scathing letter to the ANC in regards to Mr. Mandela’s birthday and the century celebrations of the ANC.  What she views as nothing more than shabby treatment by the ANC concerning the Mandela family, Ms. Madikizela-Mandela addressed Mr. Jackson Mthembu (ANC party spokesman) in a letter stating: “We (the Mandela family) only matter when we have to be used for some agenda.” The controversy surrounding Ms. Winnie Madikizela-Mandela runs deep in South Africa. While some hold a fervent belief of discordance with her, she still holds strong grassroots support and ardent backing from certain ANC members. However one may feel about her, she has brought to light the debatable topic of whether the public and ANC only use the Mandela name when publicity, notoriety, or support is needed.

The general sentiment here in Johannesburg remains one of utmost respect and admiration for Nelson “Madiba” Mandela, but Ms. Winnie Madikizela-Mandela remains notoriously divisive. While trying to understand the multifaceted and complex historical reality of the recent past in South Africa, today let us all disregard the political game playing and instead strive for unity, a solidarity that not only seeks equal rights and social justice but furthermore social cohesion, not just in the rainbow nation of South Africa but of the world. As one volunteers their 67 minutes today, let us remember the reasons and ways that so many have fought before us for social justice so that we are able to stand together as one people. Further, let us not just spend a little over one hour of one day devoted to the global call to action for each of us to make a small change for the betterment of all, rather let us make it a lifestyle. In the words of Mr. Mandela himself, “Sometimes it falls on a generation to be great. YOU can be that great generation. Let your greatness blossom.”

Sara Pilgreen is a doctoral student at the UCLA Luskin School of Public Affairs and has served in the Peace Corps in the Republic of Vanuatu. Her research interests include macro practice, extreme poverty, and community-based participatory research.