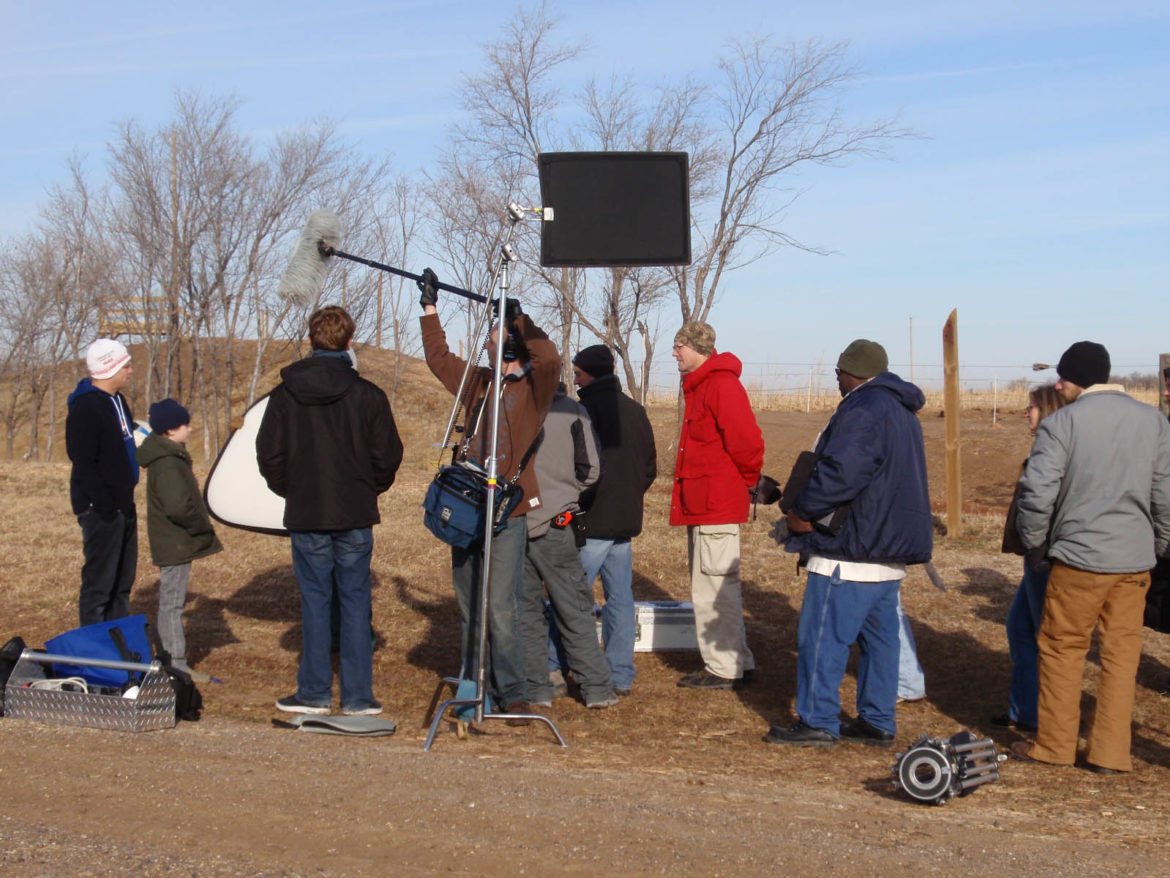 Crocodile Tears and a Steamy Bowl of SOPA 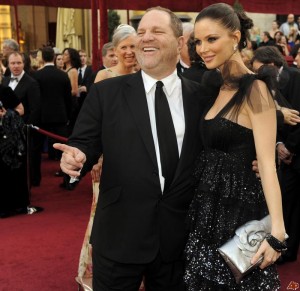 A Steamy Hot Bowl of SOPA

Folks, let’s get real.  SOPA’s (Stop Online Piracy Act) enforcement is as much about first amendment rights as shoplifting is to people’s rights to browse in stores.  It is a ridiculous notion to say that by not being able to steal music and movies off the Internet – that somehow your rights to free speech are being impinged upon.

I know.  I know. SOPA is dead, but there are other pieces of Anti-Piracy legislation coming in its wake to accommodate for some overly zealous penalties in the original.  And they need your support.

I am a working an actor, a husband and a father.  In the last ten years I have seen the entertainment industry decimated by content distribution online.  The truth is no one knows truly how to monetize on the internet.  It is a business model that is far from being proven.

Some will tell you otherwise, but from where I’m sitting, the music business is almost totally dead.  Television programs are scrambling to find out how to make money as their content appears on sites like Hulu and even on their own websites as they try to keep up with self-promotion.  Same challenge goes for the movie studios.

Beyond providing little in the way of monetization, the internet has provided safe passage for another dubious villain – the content pirate.  They use cool names like ‘Anonymous’ to hide behind and herald their weapons like ‘MegaUpload’ as great social equalizers, but they are not.  They are just covers for base thievery:  same as throwing someone’s Chevy up on blocks and taking his new rims.  Same as following the Artful Dodger and becoming a pickpocket.

Dickens aside: End result is profits for the industry are down.  Way down.

Well, let me share dose of reality with those of you who are buying the “SOPA-sucks-First-Amendment” argument.  Stealing movies off of the Internet doesn’t hurt Steven Spielberg, or hip hop mogul Russell Simmons, or TV goliaths like JJ Abrams.  But it does affect (pardon the occupyism) the 99%.

I’m going to take a quick break to bring something up.  Regardless of whether a business one year is profitable or unprofitable the next, it’s the little chumps that take it on the chin when property gets stolen — but thats a larger economics question we won’t get into here.

And here is my broader long term labor commentary.  Online piracy hurts me… And my kid.  Why, you ask?

The vast, and I mean VAST majority of actors, background artists, writers, producers, editors, cameramen and other working stiffs that make the entertainment industry run are living on the margins.

Take one job description for example:  Of the 200,000 dues paying members of the Screen Actors Guild, only 10% make a living wage.  I am one of the very lucky few who has been able to carve out a living doing this for the last 15 years.

The average annual salary for a SAG actor is $5,000.  Obviously most actors carry a second or third job.  This is a far cry from what most people’s perceptions are of fabulous red carpets and fancy dinners at the Ivy in Beverly Hills.

These are people who work as hard to get the work – as they do to do their very specialized technical jobs when they are on a set or in a studio.  Your average thespian auditions (interviews) for 50 jobs before booking one paying gig.  These talented and hard-working people struggle to attain earnings minimums so that they can provide their families with basics like health insurance and food.

When you download a TV episode or a movie I was in for free – It just means that I might not make my earnings threshold to qualify for insurance this year.  Which means, next time my son is sick, we will think twice about making a doctors visit that could set us back $700.  There it is – the bottom line.

You no pay…  My kid no get better.  Simple enough?

There will be some version of SOPA that survives and makes it to the President’s desk.  Please consider supporting your representatives that support anti-piracy.

And of course, please go to the movies, buys records and tune in…Enjoy the show!

One of the most inspiring arguments against SOPA is that the Internet is a digital frontier, a powerful force for change and free expression that should never be touched or trampled upon by evil institutions like government or Hollywood.  It speaks directly to the Manifest Destiny legend that rests in every American’s heart, and to the general ardor most human beings have for being able to do whatever they want with as much anonymity as they want.  It’s a clever ploy and in a perfect world it would work.  But perfect this world is not – and cleverness can only get you so far.

While I agree with the argument that the anonymity of the Internet and the vast freedoms that its wildly unexplored terrain could provide should remain untouched, I feel that any attack of SOPA should be grounded in the reality of the situation brewing between pirates and the media conglomerates.  Now while I am attacking the idea of SOPA, I’m using Hollywood as a specific case study because they are one of the top exports in America’s economy.

So what is this reality?  As the media conglomerates would have you believe, profits are barreling down a mineshaft to oblivion.  Dragging the entire media industry with it, pirates are barreling a hole built from pickaxes of greed and lit by the Internet’s wanton freedoms.  But look at these companies’ profits.  From 2000 to 2010, Hollywood’s profits specifically have rocketed from around 8 billion to 10 billion dollars.  Avatar destroyed old box office records, and every summer the blockbusters of superhero fame come rollicking by with multi-million dollar budgets and even bigger profits to rock the wallets of the world.  Quite literally, business is good for the elites of Hollywood.

So what’s really pressing them?  They’ve been claiming that profits are lost, mainly because they believe ardently that each movie lost to piracy is a profit gone forever.  Forget about the fact that if that movie was provided for a much more reasonable price (Blu-Rays are offered for $30 usually and DVDs are no better), people would actually buy them.  Forget about the fact that it is ludicrously easy to pirate movies in the first place (Forbes contributer Paul Tassi got the process down to seven steps).

The creation of a model like this is a blatant attempt at “juking the stats”.  When one movie is stolen in the underground digital marketplace, it is replaced almost immediately.  Of course profit loss is going to be disastrous when millions are stealing an infinite product.

So the reality of the situation is that profit losses are being boosted, corporations are making a ton of money, but piracy is still growing.  So what’s scaring the big bad elites?  Maybe it’s that fewer and fewer people are going to the movies.  Ticket sales are down, way down, compared to 1997 when Titanic destroyed box office records.  Compare ticket sales from now to when Star Wars was first released and the numbers are pathetic.  Profits are up, but that’s because ticket prices are up.  Not that there are more butts in seats.  More and more people are choosing to stay at home, to rent or download illegally or to sift through Netflix.  And this is the way things are, it cannot be course-corrected by heavy-handed legislation.

Piracy is only one part of this equation.  It is not the largest segment of the decline in movie ticket sales.  How many middle-aged Joe Schmoes know how to work a torrent?  Or to stream films online?  The demographic that includes internet pirates is very narrow and unique.  Renting, or choosing to simply stay inside and bask in the overwhelming amount of better quality storytelling on television, is the real pain for Hollywood conglomerates.  It isn’t hurting their profit margins, but it could.  It could lead to a digital revolution in how media is consumed, and God forbid, force them to change their distribution model.

And it is this that infuriates me the most about SOPA.  It is a translucent expression of just how stubborn, ossified, and slow an institution can become.  Rather than adapting to changing lifestyles, or simply making the big-budget movies they shell out from March till September better in quality, Hollywood decides to ram this down Americans’ throats.  The attack on SOPA was a powerful allegory for the American economic ethic: adapt or die.  It is ironic that one of America’s strongest moneymaking powerhouses is so virulently opposed to an essential aspect of this country’s economic model.