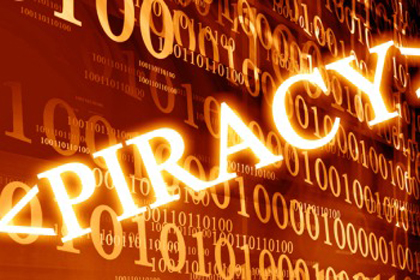 Security and ConflictTechnologyUCLA and the World

What began as a panel discussion with two diametrically opposing sides soon turned into an effort by panelists to reach a rational middle ground — where the tires of the arguably vicious Stop Online Piracy Act (SOPA) and Anti-Counterfeiting Trade Agreement (ACTA) would meet the proverbial road of just punishment against copyright infringement. On Wednesday, April 25th, four esteemed panelists Noam Dromi (business developer for SocialType), Dr. John Richardson Jr. (UCLA Professor of Information Studies), Nat Segalof (ACLU representative) and Danielle Van Lier (senior counsel, SAG-AFTRA) took on the controversial issue of digital theft and its implications on free expression in the wild terrain of the web, for a room full of UCLA students and eager guests.

Jennifer Ching, co-editor of The Generation, gave the opening remarks for the much-anticipated The-Generation.net-sponsored event that was moderated by fellow co-editor Reza Hessabi. Only one of the panelists faithfully maintained their position in support of the now-dead act and the treaty. So what was wrong with SOPA and ACTA, according to our other guests? The legislative proposals were disingenuous, over-reaching, overly vague and, in Dromi’s ironic reading of it, even hypocritical. To Van Lier’s comment that digital theft was hurting the middle-class guy who depended on downstream revenue, Dromi rebutted that it was this same guy, within the industry, who was doing most of the pirating while simultaneously pushing for such legislation to pass. This example, to me, painted perfectly the image of our broken system, which leaves the working-class individual wanting to rip the system off at all costs. But one point that most of the panelists could agree on was that the vagueness of the law presented fundamental problems. Specifically, the unjust removal of non-infringing content on websites that do contain infringing content is increasingly being seen as a violation of personal rights, as was demonstrated by the recent Blackouts. “There have to be enforcement mechanisms and due process, such that the responsibility does not fall onto the websites,” said Dromi.

When asked by the audience to suggest alternative solutions to battling the issue of intellectual property theft, the panelists called for our active participation in demanding effective legislation and newer business models that would keep up with the current era of informational revolution. Instead of supporting legislative proposals it would be wise to engage in honest conversation, and more constructive policy proposals that set feasible international guidelines of accountability whilst fostering and not hindering the growth of creative capacity.

Taylor Plasz, a 16-year old singer/songwriter in attendance, admitted to feeling guilty for the occasional free download. “Now that I am recording my own original music, I can see how other artists feel about their work being copied or stolen. Not a good feeling,” said Plasz. While most of the songs in her iTunes library are paid for, Plasz recognizes that individuals abroad sometimes violate fair use laws because the same music is not made available to them. “If we gave them recent art for a price, maybe they wouldn’t download illegally,” she remarked.

What are your thoughts?

Lilit Arabyan is a fourth year Political Science major, with a concentration in International Relations and a minor in Global Studies.