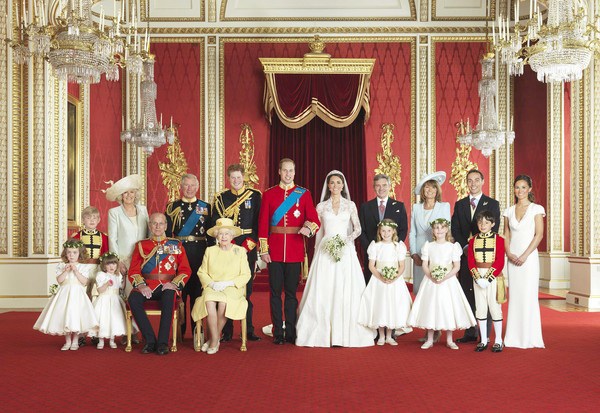 For the fashion-interested like myself, the array of hats, Louboutin heels, and, of course, the lace-accented Alexander Queen wedding dress provided a feast for the eyes. For the non-royals, the union of Kate Middleton and Prince William gave us the opportunity to live vicariously with a backdrop of royalty from around the world.

But in the months leading up to the wedding, the expenses involved were being relentlessly researched and the royal family was under pressure to put forth a sophisticated but relatively modest wedding. Those who believe the existence of a powerless monarchy is frivolous delighted in the opportunity to criticize lavish spending on the wedding in the context of England’s, and indeed the world’s, economic status. In fact, the royal family fronted a large portion of the wedding tab, with Queen Elizabeth II hosting the reception for 650 guests and Prince Charles hosting the dinner for 300 guests. In addition, those staffing the reception and dinner were already employed by the monarchy.

As for the wedding venue, the use of Westminster Abbey was free of charge, and the short distance between the abbey and the palace made security costs considerably less than the wedding of Princess Diana and Prince Charles. The declaration of the day as a national holiday, however, cost England approximately £6 billion in productivity, only offset by an approximate economic boost of £1.6 billion from the local activity surrounding the wedding.

This economic cost naturally begs the question of whether a state-funded monarchy, the recipient of approximately $60 million per year from taxpayers, should still exist and continue to be funded. With 3 billion viewers worldwide, the wedding certainly indicated a degree of both domestic and international interest in the royal family. Perhaps this stems from interest in a relic of the past, the glory of old, and vicariously living through the luxury of a royal lifestyle. A monarchy also provides a stable factor in the context of incoming and exiting politicians, a ceremonial figurehead and a common and unifying national symbol. But amid the anti-royalist tendency to dismiss the monarchy as “powerless,” many forget the profound power inherent in the spotlight constantly cast on the royals.

While there are those whom have either hidden in the shadows or emerged onto the scene in scandal, there are also those who have publicly come out in favor of very important causes. Notably, Princess Diana did considerable charity work, being among the first high-profile individuals to work with victims of AIDS, while also working to ban landmines, for which she later won a Nobel Prize. Preceding the wedding, Prince William set up a charitable gift fund, and has asked that all gifts for the wedding to either go towards the fund or towards any of 26 selected charities. In addition, he currently works closely with Centrepoint, a homeless charity in London, and the Royal Marsden Hospital.

In Sweden, Swedish Crown Princess Victoria started a fund in 1997, which works toward establishing recreational activities for children with disabilities. This fund is the focus of her annually televised birthday celebration, which garners millions in donations each year. In addition, she plays a key role in promoting Swedish businesses internationally.

Using relentless media attention, these individuals often make good use of the spotlight to draw pubic attention to under-funded issues that lack the necessary public awareness. While the funding of monarchies should perhaps be revised, the preservation of monarchies serves to maintain a unique culture and history, while also continuing to grant the authority essential to the work done by many high-profile royals in bringing awareness to various charitable and humanitarian works.