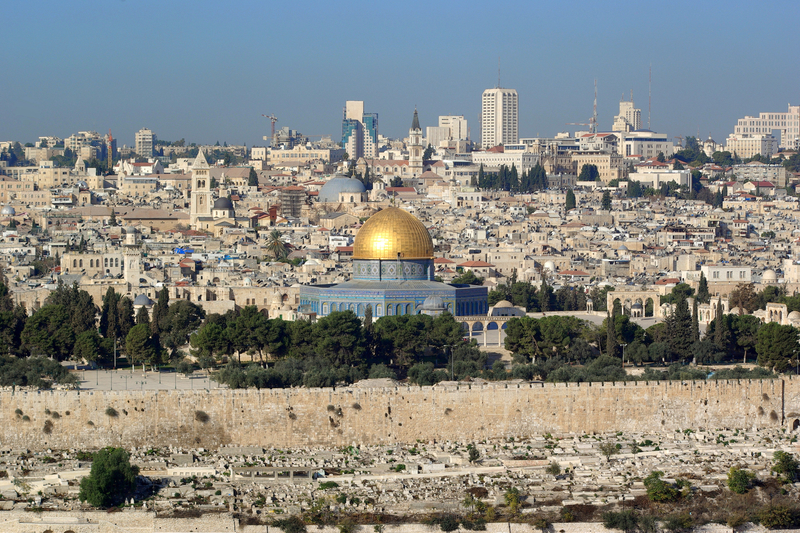 The American Israel Public Affairs Committee, better known as AIPAC, came under fire in recent weeks from U.S. Representative Ilhan Omar in a series of tweets and public comments about the organization, which she described as demanding “allegiance to a foreign country.”1 Despite harsh blowback from the Anti-Defamation League,2 the House of Representatives3, and the American Jewish community, Omar succeeded in reigniting a debate about AIPAC’s role in U.S. politics and whether or not it unfairly dominates the American conversation over the Israel-Palestine conflict.

What the renewed fight over AIPAC mostly missed is the fact that the American Israel Public Affairs Committee, despite being the most well-known pro-Israel lobbying organization in the U.S., primarily derives its membership and donor dollars not from the Jewish community, but from American born-again evangelical Christians.4 In fact, the American Evangelical community is in large part the driving force between the Trump administration’s foreign policy with respect to Israel and Palestine and has steadfastly advocated for an approach to the Middle East consistent with certain apocalyptic interpretations of the New Testament. This lobby, its biblical perspective, and its influence on American foreign policy currently represent a major impediment to the Israeli-Palestinian peace process.

During a March 22nd interview with the Christian Broadcasting Network, U.S. Secretary of State Mike Pompeo expressed his belief that Donald Trump might be chosen by God to protect Israel from Iran.5 Asked to draw a comparison between the Book of Esther, in which the heroic Queen Esther saves the Jewish people from a genocide in Persia, and contemporary geopolitics, Secretary Pompeo said “As a Christian, I certainly believe that’s possible [. . .] I am confident that the Lord is at work here.” 6

Pompeo’s views are largely representative of the broader American Evangelical population, which is generally sympathetic to an ideology known as Christian Zionism.7 Christian Zionism, a hard-line pro-Israel stance, holds that the return of the Jewish people to Israel is a prerequisite for the Rapture and return of Jesus Christ. Once the State of Israel controls all of Eretz Yisrael, the Biblically-defined geographic area of the Holy Land, it is believed, the prophecies outlined in the Book of Revelations will come to pass.

Among these prophecies, perhaps ironically, is the destruction of two-thirds of the nation of Israel. The remaining one-third of Jewish survivors will, according to the Bible, repent at Jesus’s return and accept him as their savior. Christian Zionists, especially the most extreme, quote Zechariah 13:8: “In the whole land, declares the Lord, two-thirds will be struck down and perish; yet one-third will be left in it.” 8

According to the Pew Research Center, 72% of Americans Evangelicals believe that God expressly gave the land of Israel to the Jews and 63% believe that Israel “fulfills the biblical prophecy about Jesus’ second coming.”9 Trump, who secured 81% of the Evangelical vote in 2016 and maintains a 69% approval10 rating among Evangelicals, has intentionally courted this voting bloc both on the Israel question and other domestic red-meat issues like the “war on Christmas,”11 school prayer,12 and abortion.13 Since self-described “born again” or Evangelical Christians represent approximately 41%14 of the U.S.’s population compared to the 2.2%15 of Americans identifying as Jewish, the Evangelical community ironically wields more influence in American politics with respect to the Jewish State than American Jews.

President Trump’s recent decision to recognize Israel’s annexation of the Golan Heights, formerly a part of Syria, delighted American-Christian commentators, who had previously “celebrated last year’s move of the U.S. embassy in Israel from Tel Aviv to Jerusalem as a key development in fulfilling biblical prophecy.”16 But it would be a mistake to assume that Christian Zionism is limited only to the voting public.

Pompeo’s characterization of President Trump as a divinely-appointed savior of the Jewish people exposed the extent to which he views or is willing to present tensions in the Middle East through a scriptural lens.

Vice President Pence, also an Evangelical, stated in 2002 during his first term in Congress that his “support for Israel stems largely from personal faith,” including the Biblical passage in which God tells Adam “those who bless you, I will bless, and those who curse you, I will curse.”17  It goes without saying that American foreign policy in the Middle East must allow for more nuance.

The application of doomsday theology to an already precarious political situation exacerbates the difficulty of establishing peace in the disputed region. For example, American-Christian organizations have in recent years poured money into the construction of Jewish settlements in Area C of the contested West Bank.18 Because the Fourth Geneva Convention bans the transfer – in or out – of population into a militarily occupied region, the flow of Jewish settlers out of Israel proper and into West Bank settlements is considered a violation of international law by the United Nations.19 These settlements are often a flashpoint for violence between communities and increasingly remove the possibility of a Jewish withdrawal from the territory reserved for the state of Palestine in a future treaty.20

By its nature, Christian Zionism demands the full annexation of Palestine by Israel without compromise; it is incompatible with any peace process resulting in an equitable division of land between the state of Israel and any future state of Palestine. Even though the United States maintains that it supports a two-state solution, it is the policy of elements within the current administration to sanction the complete Israeli annexation of the Holy Land in the hopes of expediting the Rapture. If a two-state solution is indeed the goal and the United States wishes to play the role of peace-broker, as it has before, it will have to first cast off the rigidity of an apocalyptic foreign policy.

At present, however, the outlook is grim for the flexibility and willingness to compromise. As American youth drift to the left and increasingly sympathize with the Palestinian cause, generational polarization and ideological rigidity will worsen. If, in the future, the pro-Israel lobby in America is entirely dominated by Christian Zionists who interpret expansionism as prophetic and compromise as failure, it is unlikely that a lasting peace between Israel and Palestine will be achieved.

11 Jordan Fabian. “Trump: Americans are Saying ‘Merry Christmas’ Thanks to Me.” The Hill, May 3, 2018. Accessed April 30, 2019, https://thehill.com/homenews/administration/386069-trump-americans-are-saying-merry-christmas-thanks-to-me.