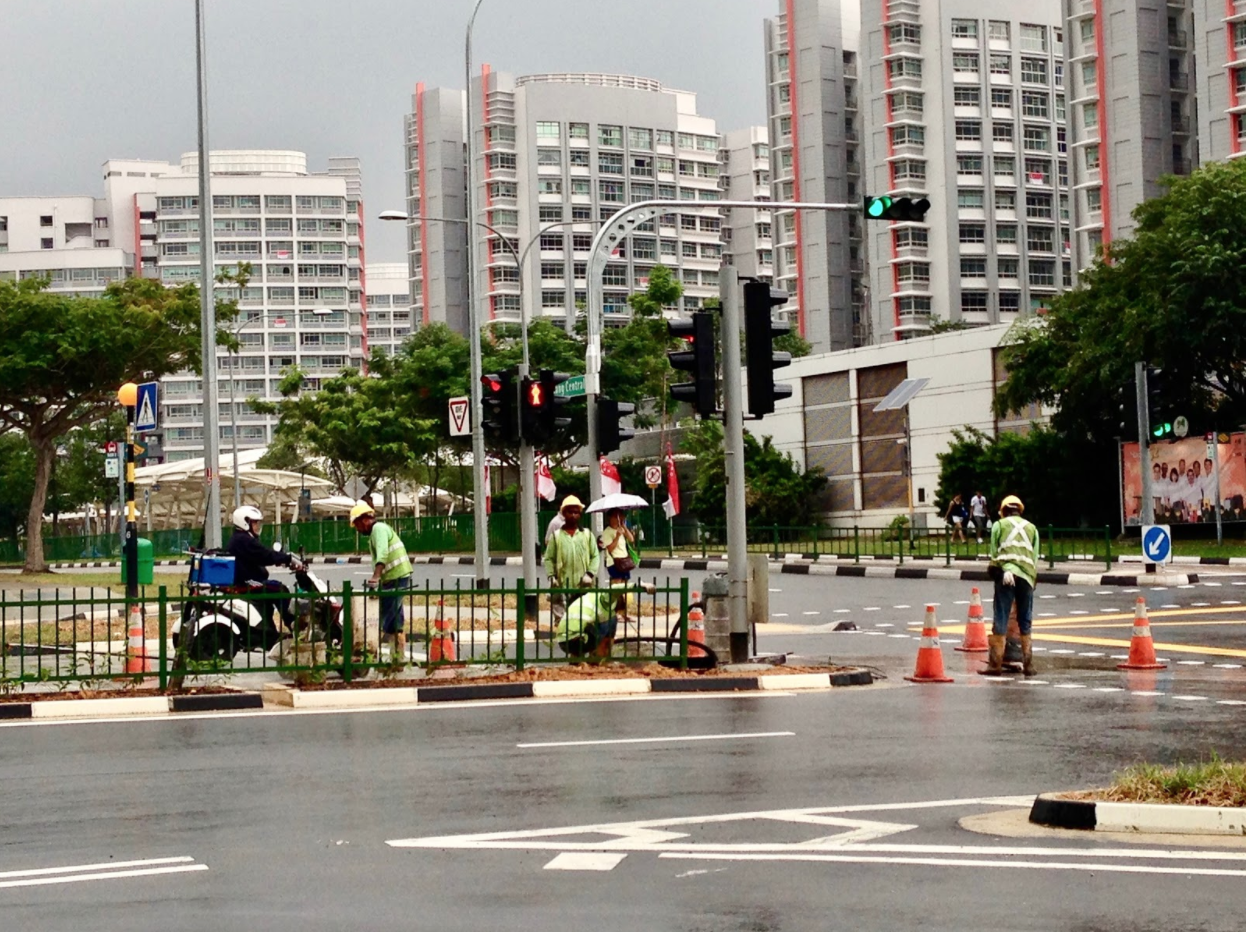 With its sleek high-rises and spotless, chewing gum-free streets, Singapore is the crown jewel of Asian development. Somehow, an island lacking in natural resources has dominated the world rankings for education, GDP per capita, and internet speed. It’s a Cinderella story of globalization and development. While Singaporean citizens see the rise of this wealthy metropolis as a point of national pride, the lesser acknowledged truth is that much of the physical brickwork was laid by foreign hands.

Nearly half of Singapore’s foreign residents are Work Permit Holders, who predominantly work in the construction, marine, and domestic sectors. They account for 1 in 10 of Singapore’s population and the work they do keeps the nation’s infrastructure running smoothly everyday. However, the neoliberal policies that enabled Singapore’s rapid success have also resulted in barely existent legal protections for foreign laborers. With few structural provisions in place, many foreign workers are at risk of potential abuse at the hands of their employers.

The Migrant Worker’s Center (MWC) is a non-governmental organization aimed at improving the conditions of foreign workers, in the event that such abuses arise. Bernard Menon, MWC’s executive director, recounts a recent case of occupational abuse concerning Bangladeshi construction workers: “The place where [the employer] was housing them, the standards were, I mean, I would say downright illegal. And the food he was providing for his workers – bear in mind he charges them for the food they cater in – they were preparing the food at 11 PM for consumption the next day … Breakfast is consumed maybe seven hours after preparation, lunch is consumed more than 12 hours after preparation. The workers call us and say they regularly, frequently throw lunch away because it’s not consumable.”

Beyond labor conditions, the emotional toll of working as an immigrant is also tough. For example, Robina Navato is a Filipino domestic worker who has been working in Singapore for the last 22 years. For Navato, the hardest part about being a foreign worker is by far the separation from her family. She has three children, all of whom grew up in the Philippines while she was working in Singapore: “This was the only way I could provide for them. I left them when my eldest was three years old and my youngest was one. The first time I went home was after 6 years. The first question my daughter asked me was ‘are you my mother? I’ll never forget that.’”

Prospects of change look slim. Many of these workers are uneducated and illiterate, unaware of what their employment rights are. Those that are find themselves constrained by legal restrictions on strikes, prohibited by the Industrial Relations Act, which has been the cornerstone of Singapore’s labor policy since 1968. Furthermore, the foreign status of these workers gives them no electoral input into the political processes of their host state.

Unable to petition the government directly, many migrant workers seek the assistance of non-governmental organizations. Navato is a service recipient at the Humanitarian Organization for Migration Economics, a non-profit providing emotional support to and advocating on behalf of foreign domestic workers (FDWs). Menon’s Migrant Worker’s Center has investigated claims of employer abuse, including the recent food safety scandal and also runs a 24-hour helpline.

Still, Singapore’s paternalistic policies and hyper-emphasis on economic efficiency make legal reform difficult. Due to its affiliation with the National Trades Union Congress (NTUC), the MWC has significant financial and administrative capabilities. Dealing with nearly 4,000 cases a year, it has the largest scope of all the migrant welfare organizations. However, the NTUC’s close partnership with Parliament also blunts the MWC’s appeals with conservative caution. Clout comes at a price.

On the other hand, working within the system does lend much-needed prudence to a budding social movement. In 2012, 171 Chinese bus captains went on strike, causing the nation’s public transport system to experience massive delays. Menon credits the strike with raising awareness regarding the migrant workers’ cause and drawing attention to issues of social inequity. However, he laments at how the illegality of the protest led to 5 workers jailed and 29 deported. After the strike, the MWC realized it had to exert a greater effort in processing the workers’ frustrations before the latter undertook actions that could jeopardize their residence in the country.

The MWC’s careful approach is not for lack of heart. “Your understanding of the challenges and anxieties of migrant workers become almost second nature to you because of the work,” Menon admits. “In the course of everyday’s work, you naturally come into contact with areas where you start to question, ‘How come the law is structured like this? It doesn’t make sense.’” Ultimately, though, he concludes that it is a war of attrition.

Despite slow progress on the political front, the center has made headway in promoting social integration of foreign workers. The 2012 strike and the 2013 Little India riot have moved what Menon refers to as a “silent majority” of Singaporeans from apathy to speaking out against the conditions endured by migrant workers. The most fertile soil for activism? Students.

“Generally, every year, I used to speak to 100 to 200 students,” says Menon. “But in the years since the riot, annually, I easily do student engagements in the thousands, four, five, six thousands in a year.” He notes the increased number of teachers willing to engage their students with community issues, as well as the eagerness of the students. Students have started grassroots initiatives aimed at fostering understanding between migrant workers and the local population, such as It’s Raining Raincoats, a project that provides construction workers raincoats during the wet seasons. At least among the youth, public opinion of migrant workers has shifted towards the positive end of the spectrum.

It isn’t much, but it’s a start. After all, the first step to solving a human rights issue is to recognize the humanity and assert the dignity of those that are being abused. Navato echoes this sentiment: “If you’re having a problem with a bad employer, the first step is to talk to them … it’s not easy, but you have to do it. Otherwise, there’s no way out. You have to start with communicating.” Wholesale change starts with the individual.

So while there are few immediate political mechanisms to advance the rights of foreign workers, there is modest hope for the future. However, for a truly effective movement, NGOs and citizens alike cannot be merely satisfied with increased awareness. They must capitalize on this momentum and use it to tackle the roots of the issue. The current conditions may not be ripe for change and Singapore’s political structure may not necessarily allow it. Still, advocates must not lose sight of the end goal and keep pressing until there are legally codified guarantees for fairer contracts, firmer prosecution of abusive employers, safe living conditions, and decent wages. Persisting in this uphill fight is the only way to build a Singapore where everyone can benefit.