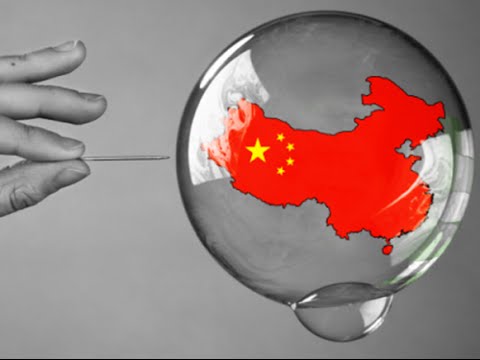 In all circles of economic discussions these days, there is one name that is mentioned again and again: China. As recently as 1978, China was one of the poorest nations in the world. Gross domestic product was only one-fortieth of that of the United States. Until 2015, China was one of the world’s fastest growing economy, on its way to being an economic superpower. China’s sudden, but not unexpected, downturn sent fears of an impending recession rippling throughout the world.

China’s economy has grown by leaps between 1978 and 2015, a period when GDP per capita had grown from $153 to $1284. This was also a period marked by a shift from traditional developing country industries such as clothing and footwear to the more technical and sophisticated manufacturing of automobiles, computers and phones. The burgeoning growth that followed can be safely attributed to relaxing regulations, encouraging entrepreneurship and opening up the economy to external forces. Things looked bright and rosy, almost perfect.

In 2015, for the first time in about twenty five years, China set an economic growth rate goal of 7%, the lowest in 25 years. This was a part of a host of reforms that the Chinese Premier, Li Keqiang, had announced in March of the same year. Other reforms included pushing for a more consumer spending and trade oriented growth plan, thus moving away from what was by and large a credit fuelled growth formerly. Trade figures around July last year implied that hitting the growth rate of 7% would also prove to be difficult, thus increasing the pressure on the Chinese government to revise their reform plans. This was surprising but not entirely unexpected. The Law of Large Numbers clearly suggests that the growth of an economy has to slow down at some point. Maintaining the past year’s growth rate would suggest that China would have continued to grow at a 10% rate this year, that is a 10% growth on a base which was  greater than 10% growth on the previous year. The economy eventually starts to slow down so that growth rates are more consistent with the historical average growth rate of the economy.

Apart from a slowing economy, China is also currently riddled with a debt problem. When the United States, and as a ripple effect a lot of other nations, were grappling with the 2008 recession or its effects, China devised a different way to stay afloat. A lot of money was pumped into the economy in the form of stimulus packages, mainly geared towards real estate and infrastructure development. An outcome of this was that private sector debt started to grow faster than the economy. Outstanding loans became 207% of the GDP by June 2015. The central bank decided to clamp down on interest rates policies to impede borrowing. After years of having such easy access to easy borrowing, it is difficult for the nation to unlearn old habits. As expected, banks and other lending institutions found several other ways to keep lending. It is safe to say that borrowing did not come to a grinding halt and hence debt kept piling up. For reference, China’s debt was 158% of the GDP in 2007 and by the middle of 2014, it was 282% of the GDP. Lending was so rampant that it was a tough task to keep track of all the non-performing loans, which are naturally a big drain on the economy.

In order to help the economy get back on its feet, China cut down interest rates. Reserve requirements of banks were eased as well. Another change was the yuan being devalued. For most of its history, the currency has been pegged to the US dollar. After China started to open its economy in the 1980s to encourage Chinese exports, the currency was devalued as a supporting strategy. As late as 2015, the Chinese Central Bank devalued the yuan again, to give exporters and the country a competitive edge in an attempt to foster exports and assist an economy that is witnessing its slowest growth rate in a long time. This was also an effort to let the currency be a function of market forces. As discussed above, curbing interest rates and providing fiscal stimulus had not been enough to tackle the slowdown; devaluation was another attempt at it. On the other hand, China had been planning its policies for a while, bearing in mind the government’s intention of making the yuan a part of the IMF’s Special Drawing Rights basket of reserve currencies. Typically the IMF re-evaluates its SDR basket every five years. The yuan had been rejected in the past but succeeded this year on the condition that the currency would be allowed to take on a “freely floating exchange rate.”

When a professor of mine predicted the slowing down of the Chinese economy in a class a couple of quarters back, we all laughed a little, only because it seemed so unbelievable. That same summer, the newspaper was full of this news. It seemed like a practical demonstration of all the concepts discussed in that class. In this era of globalization, it is very difficult for any economic entity to be detached from others. Understandably, fears of a global recession gripped the collective consciousness of the world. As discussed above, one of the main fallouts of the tremendous economic growth was a debt explosion. Horrors of the 2008 financial crisis still bear heavy on us, and a repeat of a similar situation because of bad loans seemed likely. When we look at what effects the slowdown could have on other nations, one of the things that first comes to mind is trade. China and the US have very strong ties. However, the good news is that American markets are primarily powered by consumer spending, which means that reduction in exports owing to lesser domestic spending in the Chinese market would not affect us as much.

A period of high economic growth is always followed by growth slowing down, often a way of the market correcting itself. This is just the low of the cycle. While its is unlikely that China will again hit dizzying growth rates in the near future, the reforms put in place by the Chinese government will ensure that China also develops a more consumer-oriented market approach, rely less heavily on exports, and open up the yuan to market forces thus making the economy more robust and growth sustainable.