Home Asia This Land is Our Land: Territoriality, jingoism, and the farthest reaches of the Earth
AsiaEuropeSecuritySecurity and ConflictSociety and Culture 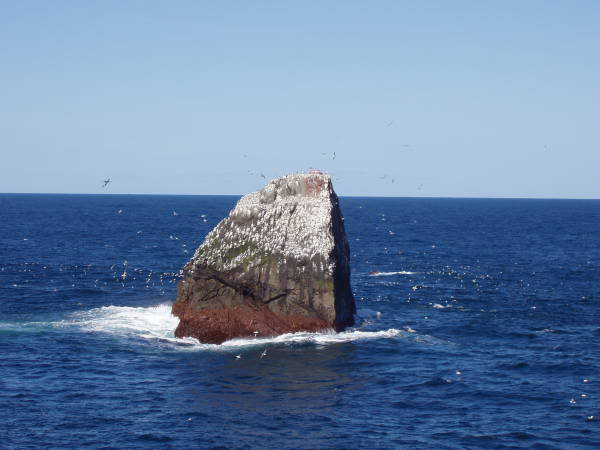 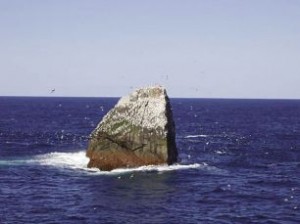 The disputed “territory” of Rockall Island in the North Atlantic.

Earlier this month, two of the largest and most significant economic powers on Earth came close to exchanging blows over a few scraps of rock in the middle of the East China Sea. Both the Japanese and the Chinese militaries locked radar guidance onto their opposite numbers, making this incident the closest that the two states have been to open hostilities since the end of World War II. Tension has been mounting since last September when Japan purchased the Senkaku Islands from a private Japanese owner (ostensibly in order to avoid an even more controversial plan by nationalist political activists within Japan). China has declared Japan’s acquisition an illegal nationalization of a disputed territory, and has ramped up patrols in the area as well as ramping up the aggressive rhetoric and sabre-rattling.

With diplomatic and military tensions rising, various tit for tat exchanges have taken place over the past few weeks. The Chinese Ambassador refused to accept an official protest from the Japanese government concerning military incursions over the island by the Chinese air-force. When summoned to the Japanese Foreign Ministry, the Ambassador refused to attend and simply stated that the islands were Chinese territory. Various Ministers in Tokyo have expressed their outrage, calling such incidents “extremely deplorable,” while anti-Japanese riots have broken out across mainland China and Hong Kong. Several people have been injured, and the timing of the escalation of this dispute to coincide with the 75th anniversary of the Nanjing massacre only serves to play into the jingoist rhetoric of nationalist sentiment in China.

This recent event comes at a time when China is actively disputing the sovereignty of a variety of small islands in both the South and East China Seas. As such, Japan is not the only country in the region wary of the Chinese navy’s territorial stake claiming. The Spratly Islands – a collection of over 700 reefs, islets and rocks in the South China Sea – are currently another source of regional tension, as they are claimed by China, Malaysia, the Philippines, Taiwan and Vietnam. The Parcel Islands (also in the South China Sea) have been a disputed territory since the 1970s, and while occupied by China, are claimed by both Taiwan and Vietnam.

To be clear, the Chinese are not the only nation laying claim to hunks of barren rock in the vastness of the world’s oceans. In addition to its dispute with China, Japan claims sovereignty over the Liancourt Rocks – 46 acres of desolate topography in the Sea of Japan that falls nominally under the supervision of South Korea. For most of modern history, one family lived there. Now no one but a lighthouse keeper stays on the island. At least in the case of Japan’s claims to the Kuril Islands sufficient space exists to house a population. 19,000 currently people live there under Russian jurisdiction, since the islands were claimed by the Soviet Union at the end of the war.

Modern day territorial disputes, however, are not solely an East Asian affair; a quick tour around the world demonstrates the pervasive nature of the phenomenon. For example, possibly one of the most windswept, lifeless chunks of rock in the entire world lies in the North Atlantic Ocean, about half-way between the United Kingdom and Iceland. Rockall measure 83 ft. by 102 ft., and is claimed by the U.K., Denmark (on behalf of the Faroe Islands), Iceland, and the Republic of Ireland. It is quite literally just a large rock – no land, no vegetation, not even a place to moor a boat.

For the United Kingdom, Rockall is just one of many disputed territories across the globe. There are the Falkland Islands, which Britain went to war over in the early 1980s with Argentina. Then there is the Chagos Archipelago in the Indian Ocean – a series of idyllic looking atolls and lagoons that are claimed by Mauritius, but occupied by the United States military. Fortunately, there is no native population to worry about as the British forcibly deported them all starting in the 1970s, in order to make way for the military base.

Not to be outdone, France also continues to lay claim to tiny spots of land thousands of miles away. Tromelin Island is 200 acres of sand-bar sitting off the coast of Madagascar in the Indian Ocean. It reaches a whopping 23 ft. above sea-level at its highest point, and its only inhabitants are the meteorologists that man the weather station, and a rare species of Red Footed Boobie.  Nonetheless, Mauritius and the Seychelles both claim sovereignty over it as well.

North America also enjoys engaging in such disputes. Canada and Denmark argue over the ownership of Hans Island – an utterly inhospitable knoll of rock that sits between Greenland and Canada in the Kennedy channel of the Nares Strait. As you might expect from the Canadians, the level of rhetoric boils down to the occasional visit to the island in order to leave a bottle of Canadian whiskey and a note saying “Welcome to Canada.” The Danes tend to respond by leaving their own notes, and a bottle of schnapps.

The United States takes a less friendly tone in regards to its own territorial claims. For example, the U.S. has been contesting the ownership of Bajo Nuevo, a small reef in the Caribbean Sea, since 1869. Bajo Nuevo is also uninhabited and rather inhospitable, but its ownership is contested by Jamaica, Nicaragua and Columbia (there is an automatic lighthouse that is maintained by the Colombian military).

Regardless of the relative size and power of the countries involved nationalist rhetoric and an ongoing culture of “name it and claim it” continues to influence the IR realm on a global scale. In many instances, there are significant realist reasons to claim dominion over an otherwise insignificant rock. In the South China Sea it is strategic positioning and mineral resource management, in the Nares Straight it is navigational rights and control over the last great frontier on Earth. Rockall has substantial fishing rights associated with ownership, but regardless of the underlying quantitative reasoning behind such claims, when governments appeal to their populations they do so on the basis of emotive, subjective ideals rather than strategic necessity. For example, political observers have noted that both the Chinese and Japanese governments are currently transitioning into new leadership structures. Some of the fiery jingoism on display could be attributed to a desire to shore up domestic support, as there is often a strong correlation between nationalist rhetoric and political change. One way or another, claims to minuscule territories somehow tend to involve rhetoric on a grand scale.

The 20th century philosopher Bertand Russell once stated that “Patriotism is the willingness to kill and be killed for trivial reasons.” Students of IR should be aware of the power of jingoism, and be wary of its influence on both domestic and “enemy” populations. Small, insignificant, inhospitable, barren, lifeless crags of rock in the vastness of the world’s oceans are odd things to be willing to die for. After all, as Russell also noted, “War does not determine who is right – only who is left.”

James Walker is a Fourth Year Global Studies major, and an Editor for The Generation. His studies focus on the changing nature of national sovereignty in the 21st century, and he really, really enjoys writing about islands. 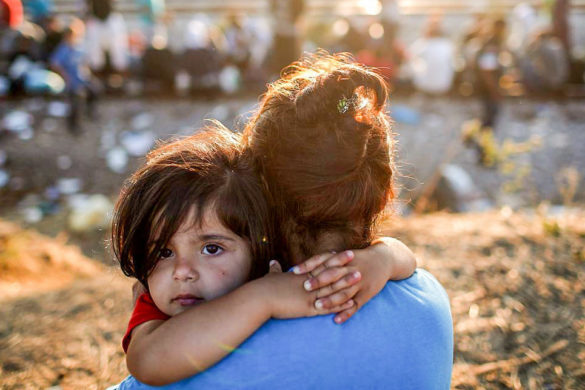 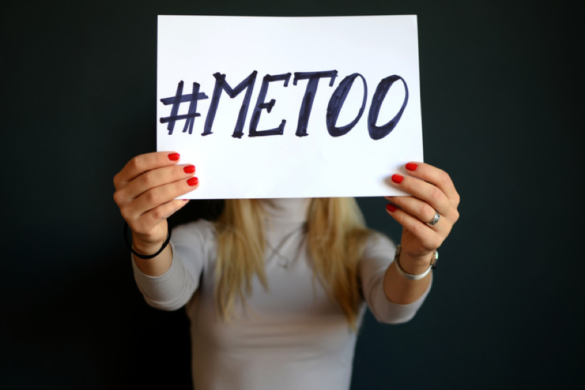 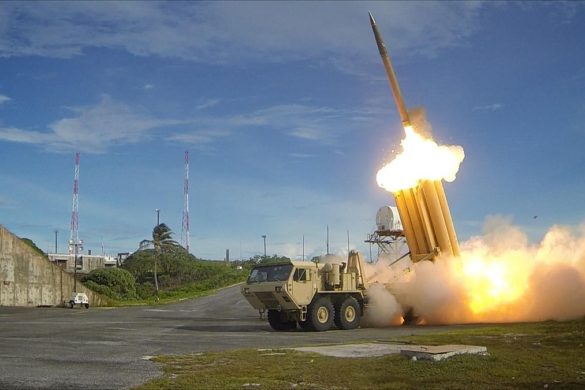 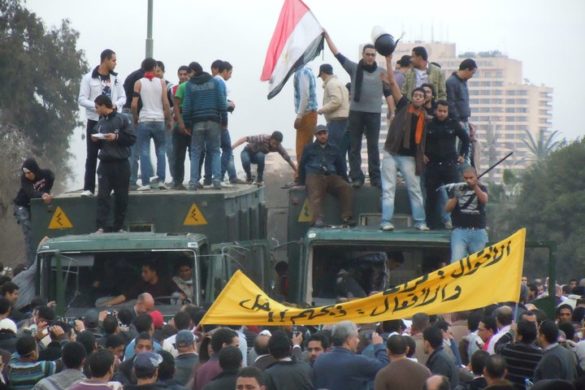 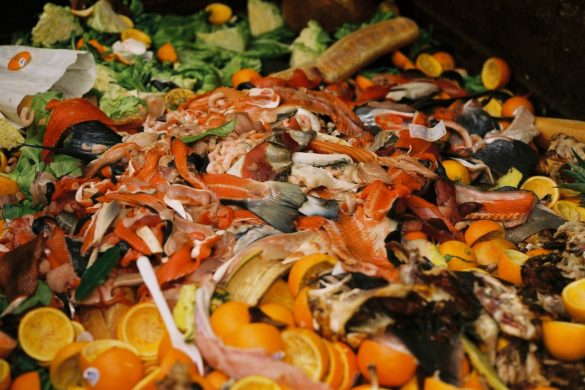 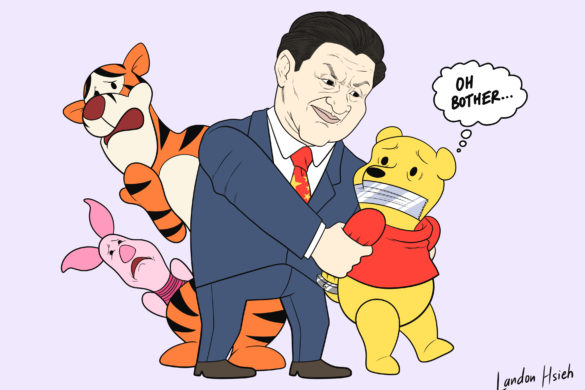 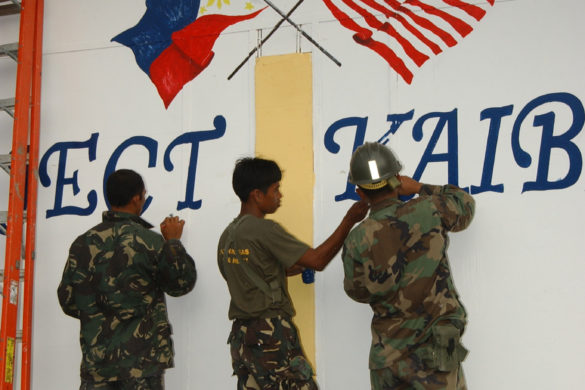 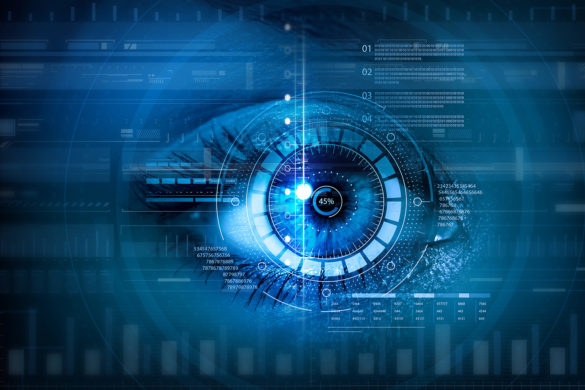 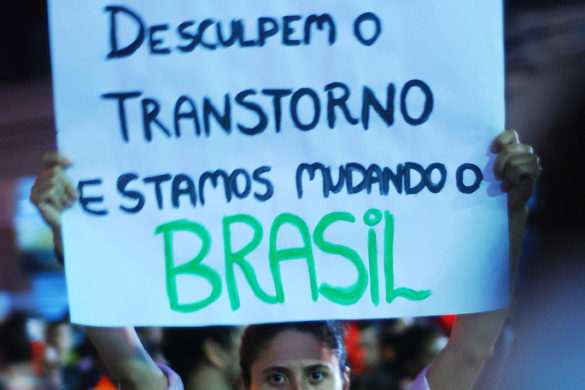 I have noticed you don’t monetize your blog, don’t
waste your traffic, you can earn extra bucks every month because you’ve got hi quality content.
If you want to know how to make extra money, search for:
Mertiso’s tips best adsense alternative