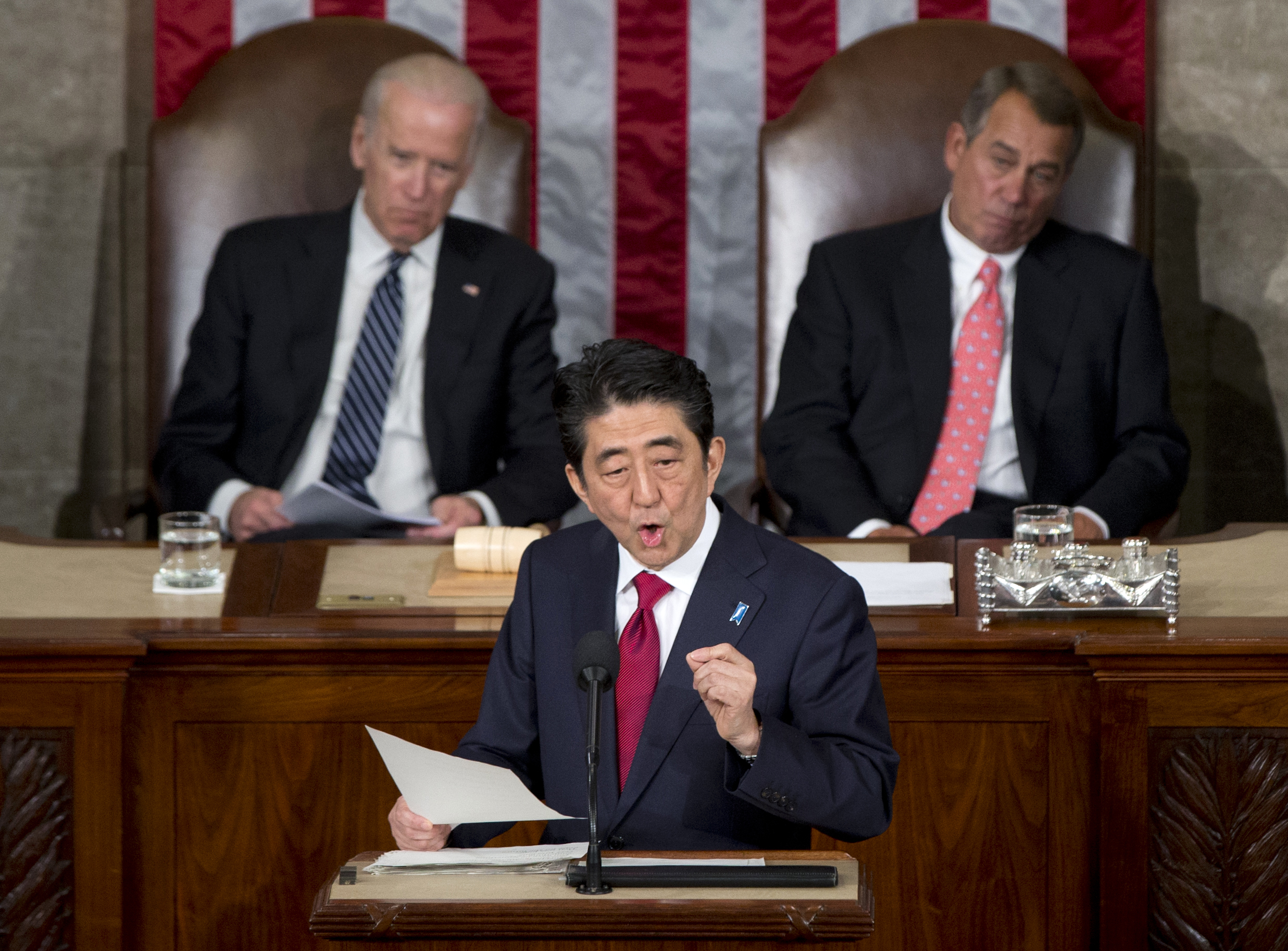 Shinzo Abe faced criticism at home but respect abroad. A series of scandals surrounding cronyism and an inability to fulfill every promise of his economic reforms made him domestically unpopular at times, though his commitment to the United States and proactiveness in cooperating with the European Union made him a popular figure in the foreign sphere. His departure from office thus leaves many questions for the future of global politics.

When Abe took office in 2012, in his second stint as prime minister, he enamored the Japanese populace with poetic messages of confidence, optimism, and a dedication to Japanese prosperity. This renewed sense of hope, however, was juxtaposed with a growing list of daunting issues facing the island nation. He inherited an economy that had taken a beating from the global recession, an aging population in need of a structurally-reformed system to assist them, and a region fraught with volatility stemming from North Korean nuclear proliferation and Chinese aggression. When he unexpectedly resigned from office in August 2020 for chronic health reasons, he left behind a country with many of those same issues, which were complicated by the coronavirus. Rather than departing in the wake of the Tokyo Olympics, Abe left amid a disastrous pandemic. But while his departure didn’t transpire as a fairytale ending, Japan’s Prime Minister undoubtedly left the nation in a more promising direction than when he found it. The question now becomes whether or not his successor, Yoshihide Suga, will do the same, and what that could mean for American and regional interests.

As Japan’s longest-serving Prime Minister, Abe worked with presidents of both American parties to forge ironclad cooperation between the two nations, and his efforts to do so have often been described as “relentless.” In Washington’s confrontation with China, Japan has served as a distinctly reliable ally, demonstrating a desire to curb Beijing’s debt diplomacy and economic expansion in the region. Divestment from Chinese economic relations has best been demonstrated by Tokyo’s coronavirus relief packages, which offered subsidies to Japanese companies reshoring their production facilities but also allocated portions of aid to firms with intentions of relocating production from China to elsewhere in Southeast Asia. Such measures did not resonate well with Beijing but garnered considerable approval from regional neighbors experiencing difficulty in attracting Western investments. The Belt and Road Initiative might stake itself as the focal point of U.S. policy attention, but under Abe, Japan provided alternative options to Chinese infrastructure deals in the midst of receding American presence in the region. A report from Fitch Solutions found that Japanese infrastructure projects in Southeast Asia exceeded $367 billion in value, far surpassing Beijing’s tally of $255 billion. Tokyo-backed initiatives have considerably hampered Xi Jinping’s ability to execute Belt and Road projects in the region, particularly in Vietnam and the Philippines, both of whom are in stark disagreement with Beijing over territorial claims in the South China Sea. These were parts of a foreign policy strategy empowered by Abe, whose approach was described as “nationalistic, yet pragmatic.”

His successor, former Chief Cabinet Secretary Yoshihide Suga, has been accused of favoring stability over innovation and is thus widely presumed to embrace many of the same policies of his predecessor. This could be both a blessing and a curse; the economic programs instituted by Abe have produced mixed results, and those issues have only been complicated by the pandemic. If the promises set forth by Abe do not culminate in tangible results under Suga, Japan’s Prime Minister could see himself serving a short term, in which case American interests could suffer. While only time will tell if Suga’s domestic policies can materialize into tangible benefits, his promises of solidarity with the United States ensure short term reliability. In his first news conference as Prime Minister, Suga promised to “beef up” relations with the United States and stressed that American ties will remain a focal point of Japanese foreign policy. This sentiment indicates a continued commitment to the Free and Open Indo-Pacific strategy (or the FOIP), a shared vision between the United States and several regional neighbors that has materialized in freedom of navigation tactics in the disputed South China Sea. The FOIP has drawn dismay from Beijing whose economic claims in the region have been met with American naval exercises designed to prevent Chinese militarization in the waters and ensure free passage for international transit.

But Suga might face domestic fallouts that could permeate into Tokyo’s relations with the United States. Japanese favorability towards the United States has drastically plummeted in recent decades, and certain trends might warrant close attention in determining the long-term extent and reliability of our alliance. According to the Pew Research Center, only 41% of Japanese people have a favorable view of the United States, down from 77% in 2000. Perhaps equally concerning, only 25% express confidence and faith in Donald Trump’s leadership abilities. While the objectives of American foreign policy shouldn’t be designed to directly please the Japanese citizenry, understanding public opinion in the island nation can be critical towards determining the long term reliability and strength of our alliance with Tokyo. While these figures might seem worrying when gauging the strength of our relationship with Japan, they are more representative of our own political deterioration.

If anything, Japan seems to be more worried about future American reliability. A 2018 poll conducted by Pew showed that Japanese citizens view China and Xi Jinping as far more concerning threats than most others in foreign relations, and Tokyo wants a dependable ally to help meet the challenge. Yoichi Funabashi, Chairman of the Asia Pacific Initiative, describes the United States presence in the region as a “diminishing dominance,” and believes that Japan must consider the “existential risks” of possible American failure to counter Chinese aggression and strengthen the Tokyo-Washington alliance. Although the incoming Biden administration will look to salvage the remnants of the Trans-Pacific Partnership, the soon-to-be President will have to circumnavigate the Regional Comprehensive Economic Partnership, or the RCEP, a pact recently signed by Japan, China, and a host of other regional neighbors. China will now control the largest free trade zone in the world that includes the likes of our strongest allies, a result of the Trump administration’s isolationist and combative approach to the region. Tokyo can only wait for so long on American reliability.

With Abe gone, Suga will have a multitude of issues to resolve and a host of relations to nurture in his upcoming tenure. Economic woes, Chinese aggression, and North Korean nuclear proliferation have all been drastically complicated by the pandemic and American political volatility. In spite of all that, Tokyo has made it clear that its alliance with the United States is among the most critical components of its foreign policy. Suga’s tenure, regardless of its length, will continue to improve American strategic interests. Now it’s time for Washington to take advantage of that.