Skip to content
The Generation > LGBT > Terrorism > Another Mass Shooting in America, Another Retreat to our Fail Safe: the 2nd Amendment
LGBT Terrorism 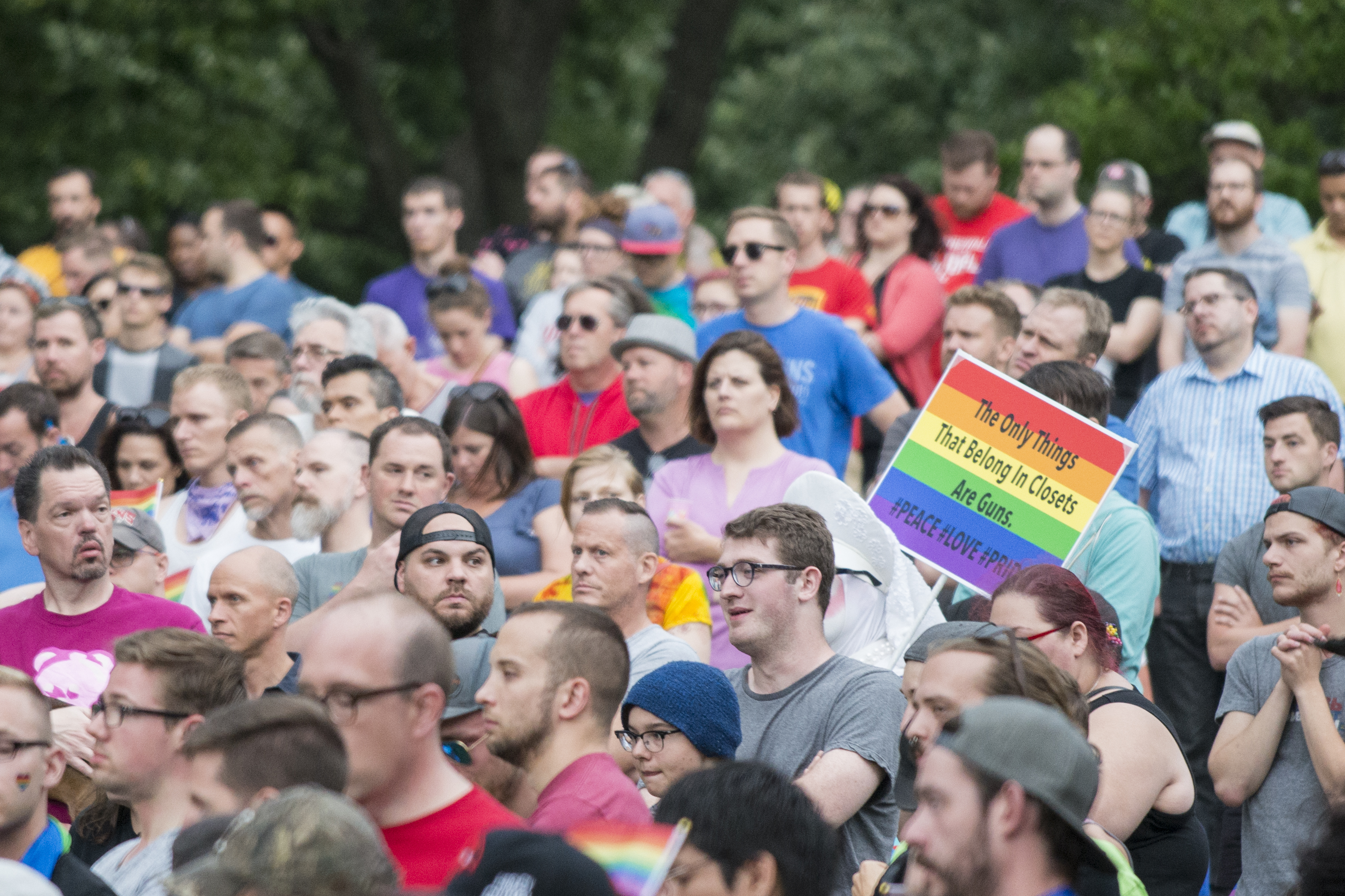 Saturday, June 12th, marked yet another horrific case of mass homicide in America—another shooting to emblazon headlines, another series of lives lost at the mercy of a speeding bullet. The occurrence of mass shootings has become so ingrained in the normalcy of American society that the Orlando massacre did not raise the question of “how”, but rather implored the statement of “not again.” Since President Barack Obama took office in 2009, he has had to address the nation 14 times in the aftermath of a mass shooting. He led 14 speeches calling for prayers, 14 speeches denouncing the fruition of hate crimes, 14 speeches demanding change. The events of this past weekend proved no different, as the President stepped on to his podium to debrief the nation on the tragic events:

Today, as Americans, we grieve the brutal murder—a horrific massacre—of dozens of innocent people.  We pray for their families, who are grasping for answers with broken hearts. We stand with the people of Orlando, who have endured a terrible attack on their city.

In the residuum of Saturday night, we face another massacre of horrific proportions. As Americans we grieve, as humans we mourn, and as an international community we lament in solidarity. However, we cannot allow this tragedy to fade into history books, or timelines, or emotional speeches that plea for change that goes unmet. It is easy for the world to unite in emotional support for Americans. It is easy to change our Facebook filters, write impassioned articles and posts, or illuminate our monuments for the victims and families of the Orlando massacre, but it is far more difficult and demands a far greater exertion to enact lasting changes that will deter this from happening again.

The Orlando events highlight to American society, yet again, the extreme public threat that gun violence poses in our country. From 1996 to 2012, the US has been the breeding ground for nearly a third of the world’s total mass shootings. So what makes the US so prone to gun violence? In a country where where gun regulations vary tremendously—only 13 states  require background checks performed regardless of the type of gun or how it is sold—it would seem clear that a link between gun laws and mass shootings would be made. Yet the deadlocked debate between the National Rifle Association (NRA) and the Obama administration has continued to persist.

To understand the impact of gun control, we can look to our Aussie allies. In April of 1996, a young man killed thirty-five people in Australia’s deadliest mass killing to date: the Port Arthur Massacre. Unlike the United States, this event spurred massive change in Australia’s gun policies. Despite a gun culture paralleling that of America, Australians chose to put these sentiments aside and enact intense gun buyback programs and stricter gun access laws. Since these enactments, Australia has seen declining gun-death rates and has had no gun-related mass killings since 1996. However, despite this success, many Americans refuse to accept gun control as a realistic option. The NRA leads this refusal, bashing the Australian comparison. It claims the country’s government went against the will of their people by confiscating guns and deprived citizens of the right to defend themselves.

In the wake of Orlando, the US has united against the atrocity of these attacks, but opponents of gun control continue to dominate. BBC reports that the assailant was a US citizen of Afghan descent, whom the FBI had interviewed twice inconclusively for Islamic State (IS) affiliations between 2013 and 2014. He had also legally purchased the assault rifle and handgun used for the attacks within two weeks of the events. With this in mind, two conflicting positions reappeared. These can be clearly seen in the presumptive presidential nominees’ responses to last Saturday’s events. In a speech in Cleveland, Hillary Clinton addressed a crowd calling for stricter gun control laws and rebutted her NRA opponents in stating:

I know some will say that assault weapons and background checks are totally separate issues having nothing to do with terrorism. Well, in Orlando and San Bernardino terrorists used assault weapons, the AR-15. And they used it to kill Americans… We have to make it harder for people who should not have those weapons of war. And that may not stop every shooting or every terrorist attack, but it will stop some and it will save lives.

Avoiding the topic of gun control, Trump instead resorted to his obdurate stance of banning Muslims from the US as solving the root of the issue:

I called for a ban after San Bernardino and was met with great scorn and anger but now many peers… are saying that I was right to do so… I will use this power to protect the American people. When I’m elected I will suspend immigration from areas of the world where there’s a proven history of terrorism against the United States, Europe or our allies until we fully understand how to end these threats.

In this we see two opposing sides. On one hand, we have those who admit this was an act of terrorism, but realize it has taken place within the scope of gun access. On the other, there are those who choose to blame Islam and ban immigration as opposed to addressing the ease with which Americans can purchase guns. But I beckon this question: would a ban on Muslims have miraculously stopped the mass shootings that occurred on US soil by shooters with no affiliations to the Islamic State? Would this have stopped the 20-year-old Danny Lanza from fatally shooting 20 school children in 2012, or Dylann Storm from killing 9 in Charleston?  Regardless of whether the shooter had IS affiliations, we cannot let this dissuade us from realizing this is also a matter of growing gun violence in America. More importantly, we cannot let xenophobia take hold of our country and criminalize a whole religion for the actions of a select few. IS is not a representative of Islam. Nor is the religion, or its followers, at blame for this attack. Omar Mateen was a US born citizen and riddled with homophobic sentiments. He sought refuge in the preachings of a vicious terrorist organization. However, a immigration ban on his entire religion could not have prevented his hate from culminating. Was this an act of terrorism? Yes. But did lenient gun laws play a role? Yes, they did.

The NRA argues, “Gun laws don’t deter terrorists.” But they do deter access to lethal weapons of war capable of shooting 45 rounds per minute. Whether we choose to focus on the shooter’s terrorist affiliations or not, the fact remains: weak gun regulations continue to facilitate mass shootings. Terrorism and gun control are not mutually exclusive. Just because terrorism is an issue does not mean gun access is not. Our second amendment right should not enable another mass shooting. So I will leave you with these wise words from Full Frontal’s Samantha Bee:

There is no shortage of troubled 20 somethings out there. And whether they’re radicalized by ISIS, or homophobia, or white nationalism, or a dislike of movies, we are making it far too easy for their derangement to kill us.

Our prayers go out to those affected by the Orlando shootings and the LGBTQ community. The Generation stands with you.