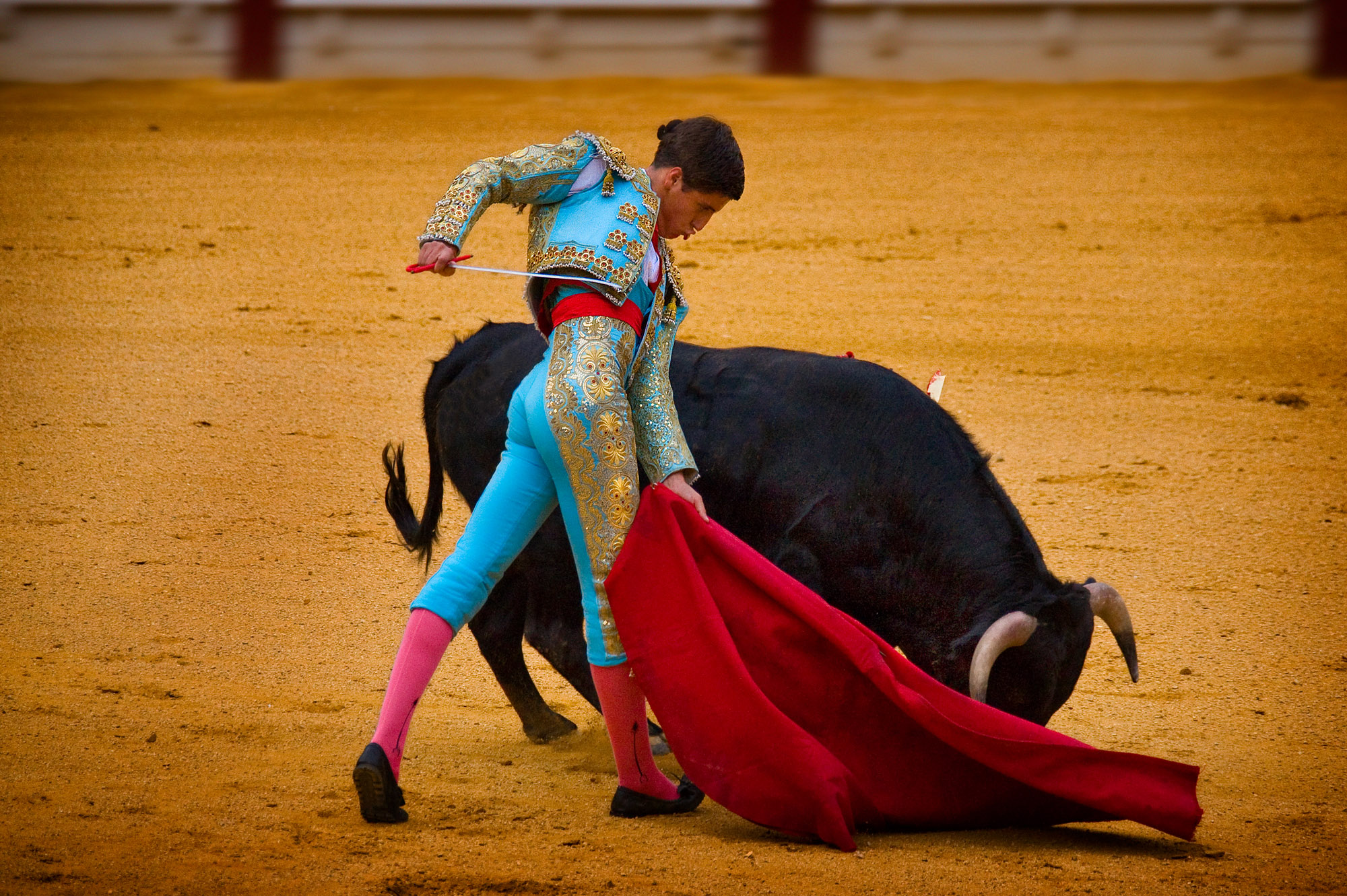 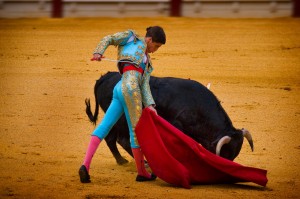 Bullfighting should never have lasted this long.  But somehow it has.  It has been around for a very long time, defying political correctness, outlasting the kings and popes who tried to prohibit it, and surviving a three year civil war that temporarily brought it to a halt.  In 2011, the people of Spain – or at least, some of the people in the Northeastern part of Spain – spoke, and the ancient ritual of the Fiesta Brava was legally banned in the region of Catalunia.  The ban went into effect Jan1, 2012.  For now, it is contained in Catalonia, but there is a hope that it will one day include Spain in its entirety, although that is not a likely scenario.

They are strong and standard arguments for the legitimacy of Spain’s national fiesta, based on the artistic, historic, cultural and even educational merits of the spectacle.  Those opposed, never seem to grasp what the fiesta is really about, but, instead, cling to the belief that bullfights are about the torture of animals.  There is never a clear winner to these arguments.  To be sure, the torture of animals is barbaric and archaic, but that is not the point of the bullfight.  It is not a sport or a competition.  It is not about cruelty or torture.

Yes, animals are killed, but killing and torture are two different things.  Bulls are bred to be killed, but they are never meant to be tortured.  The people who stand firm on the cruelty argument have usually never see a corrida, and are missing the point, or, at least, the full picture.  To say that bullfighters are animal torturers is like saying that Michaelangleo was a ceiling painter.

The toro bravo, or fighting bull, is a wild beast, not capable of domestication, nor is it an endangered species.  It is raised on large ranches in open country, and protected, fed, and cared for by experienced ranch hands.  In fact, what is preserving the breed is the bullfight itself.  Without the fiesta, there would be no need to cultivate and propagate this animal on the 500 or so bull ranches throughout Spain.  It takes significant manpower to run these ranches, and that means jobs.

Of the many reasons to support the bullfight, one is purely practical, the economic one.  The fiesta brava employs armies of people.  At a time when the unemployment rate in Spain is, by some accounts, as much as 25% it is perhaps unwise to tamper with the livelihoods of those people who depend directly or indirectly on the bullfight for their daily bread.

No matador enters the bullring alone.  He is accompanied by his cuadrilla (a team of 5 men), and supported by an infrastructure composed of empresarios and managers, sword makers and sword handlers, vendors and ticket takers, printers, photographers, poster artists, butchers, veterinarians, bull breeders, critics, TV crews and on and on, not to mention all those tourists in cities like Pamplona who have to eat, sleep and drink somewhere.

The fiesta is a multi-million euro enterprise, whose economic effects touch aficionados and non-aficionados alike.  Fernando and Lucrecia, owners of the Jamon Real, a popular taurine bar / restaurant, one block from the bullring, in Seville don’t like bullfights, and never go; yet they are horrified by the possibility of a nationwide ban, because so much of their business depends on the bullfight.

Given the routine violence of the times we live in, bullfighting seems quite tame by contrast.  What shows up on the news and in movies is far harsher and more brutal than anything I’ve ever seen in a bullring.  Bullfighting is not for everyone to be sure.  And if that’s how you feel, don’t go.

And here’s a curious footnote to the ban:  In the lead up to what was to be the very last corrida held in Barcelona’s Plaza Monumental, scalpers were charging monumental prices, and the box office was overrun with requests for tickets, even though this barbaric practice had lost its support in Catalonia.  On September 25, 2011, in the Catalan capitol, the final corrida ever to be presented in its last existing bull-ring (the city had once boasted three), took place in a jam packed arena.  The plaza was sold out.