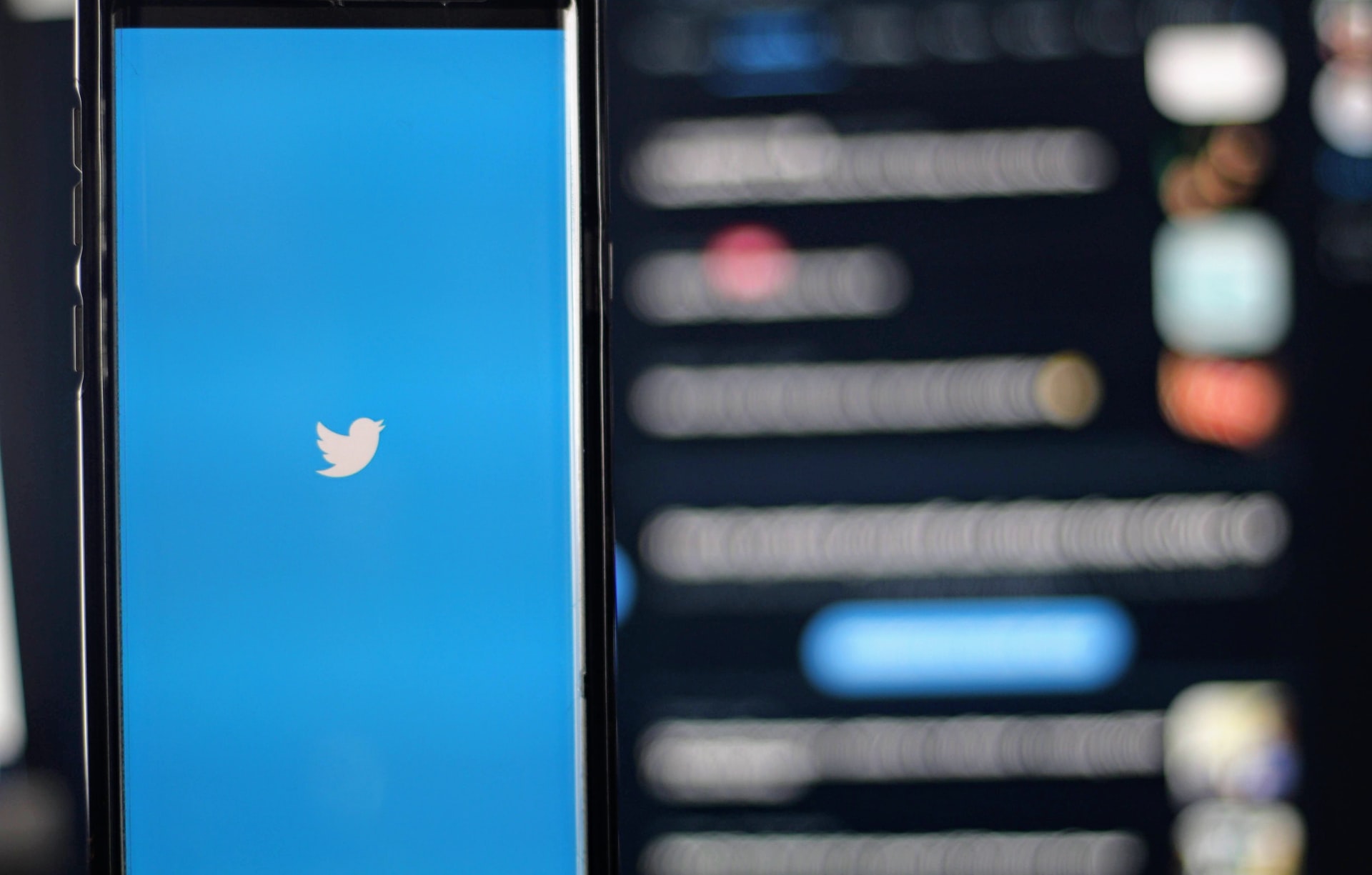 Ten years ago, optimism surrounding the internet ran high. So much so that then Secretary of State Hillary Clinton touted its decentralizing force as a potential catalyst for advancing democracy around the world. At the time, pundits even looked across the Middle East and described many of the Arab Spring uprisings as a “Facebook Revolution”.

This is because information is a valuable commodity, which is why autocrats around the world work so hard to repress, control, and manipulate it. Democracies rely on the free flow of it to thrive because individuals require access to it to be informed stakeholders in any political process. It is no surprise then that people held such rosy sentiments on what the future of the internet could hold.

Ten years onwards and the internet has been put into the hands of over half the world. 1 out of 7 people even have a Facebook account. Unfortunately, anyone can look out across the world today and see that optimism has largely dissipated. In fact, the reality people face today is what happens when that liberating stream of information becomes so ubiquitous and distorted that it becomes a detriment to democracy itself?

Grappling with this question requires a close look at social media, a product that has reshaped almost every industry and given rise to complete new ones. Today it is the place where hundreds of millions get their news, express their opinions, and create virtually anything.

Consequently, the firms who own these platforms have become some of the largest and richest on the planet. Scrutiny surrounding antitrust, privacy, the value of someone’s personal data, and the potential negative impact platforms such as Facebook and Instagram have on an individual’s mental health have become commonplace in 2020. These are issues tough to grapple with, largely because there is no clear precedent to draw upon.

With the introduction of these new realities comes a consequential question: can social media undermine democracy? The 2016 United States Presidential election provides the first historical lens to analyze this question under because of the sweeping utilization of it in the electoral process, as well as the fact that it was the first election in which these platforms had grown to such important relevance in the daily lives of people.

Although social media existed long before 2016, the proliferation and adoption of the smartphone had, by 2016, resembled levels we see today. At the beginning of 2012, only 39% of US adults owned a smartphone compared to 75% by election day in 2016. Between that same amount of time, digital campaign spending is estimated to have increased by 789%.

The facts surrounding 2016 are also clear: an American geopolitical adversary used disinformation, propelled by social media, to sow and compound division within the American political environment preceding a national election. Facebook estimates that Russian actors managed to create 80,000 posts that reached nearly 126 million people over the span of two years in the United States.

What Russia did was not unique or isolated but goes to the heart of how social media can ultimately serve the malicious purpose of undermining democracy. Their disinformation campaign simply exploited existing vulnerabilities inherent to platforms such as Twitter, Instagram, and Facebook. These include their algorithms, targeted advertising, and much of the toxic psychology that guides engagement on them.

An unsavory consequence of social media becoming such a large forum for political discourse is that the core algorithms which keep users coming back tend to lock people into echo chambers. When that is applied to politics, it harms civil discourse and diminishes one’s appetite for compromise, both of which are central tenets of democracy. Eli Pariser, CEO of Upworthy and author of The Filter Bubble: What the Internet Is Hiding from You, told NPR in a 2016 interview that “what most algorithms are trying to do is to increase engagement, increase the amount of attention you’re spending on that platform,” which means that “increasingly you end up not seeing what people who think differently see and in fact not even knowing that it exists.”

In other words, it is a personal user experience built with precision accuracy. The algorithms are engineered to learn what you like, what you want, and what your comfort zone is to curate content that it predicts will keep you coming back. People are then exposed more to what they feel rather than diverse, objective information that educates, informs, and challenges their predispositions. It is a genius business model with negative consequences considering that it is now the place where many engage with politics the most.

Social media also rewards sensationalism over truth and rationality at a time when information has become unfathomably decentralized and ubiquitous. As news and media have come to surround people at almost moment of their lives, information overload has triumphed and attention spans have taken a hit. To garner attention in this saturated environment, media outlets and influencers often resort to sensationalizing and even misconstruing the truth to attract user engagement. This dynamic is inextricably linked to algorithms, which then curate this type of content at higher and more sophisticated rates to keep users glued to the platform. This desire to retain engagement can lead to the construction and facilitation of a toxic reactionary environment.

The advent of targeted digital advertising enables actors, malicious or not, to engineer and formulate content that it believes their target audience would likely react and engage with. In 2018, the House Intelligence Committee released 3,500 Russian Facebook ads that were designed to target and polarize specific portions of the population. In some cases, Russian-owned pages created and promoted political rallies where they hoped people would violently clash. Russia’s sophisticated and broad utilization of data-centered advertising demonstrates the dystopian implication social media can have on the political process when users are reduced to data points for sale.

Ask anyone who scrolls through Twitter often and they are not likely to describe it is a bastion of civility. People are often facing off with complete strangers through the medium of a screen and the internet, which makes them less inclined to seek productive dialogue with others. Unfortunately, this faceless interaction emboldens many to partake in adversarial discourse simply because it is easier to get away with. In fact, the word “troll” was formally added to the Merriam-Webster Dictionary in 2017. Russian groups who specialize at stoking this inflammatory behavior are today known as “troll factories.”

Micha Cash, a student at Stanford University, described social media mob mentalities to the Wall Street Journal as “hordes of what are likely otherwise nice people—shielded by anonymity, informed by echo chambers, restricted by character counts, incentivized to provoke shock—give in to their feral impulses and vomit abusive nonsense onto the web for a world-wide audience.”

If the environment that social media cultivates undermines the ability of people to discern truth, erodes civility, and enables geopolitical rivals to launch overt disinformation campaigns in the middle of national elections, it becomes clear that social media does in fact have negative consequences for democracy.

The United States remains at one of the most polarized periods in its existence. The rise of social media has done little to mend these sharp divides. If anything, it has been a driving force behind decreasing public trust in information and has allowed primitive mob mentalities to shape political discourse across platforms. It even appears that conspiracy theories with no factual basis have been born, resuscitated, and are flourishing across the feeds of Instagram, Facebook and Twitter.

As with any consequential invention, product, or industry, people must decide its utility and how it will be used to ultimately better or harm humanity. Social media is here to stay. It is not inherently good or bad, but it has clear and demonstrable flaws that must be worked out. There must be sustained and serious discussion surrounding its application in any free society. Democracy requires certain norms and ethics to prevail to stand strong. Governments and platforms must formulate policy around that very reality. Allowing these flaws to continue to run amok will only continue to polarize populations that are in desperate need of unity.

In his 1995 book, The Demon-Haunted World: Science as a Candle in the Dark, world-renowned astronomer Carl Sagan provided a disturbing warning about the future, stating:

I have a foreboding of an America in my children’s or grandchildren’s time—when the United States is a service and information economy; when nearly all the key manufacturing industries have slipped away to other countries; when awesome technological powers are in the hands of a very few, and no one representing the public interest can even grasp the issues; when the people have lost the ability to set their own agendas or knowledgeably question those in authority; when, clutching our crystals and nervously consulting our horoscopes, our critical faculties in decline, unable to distinguish between what feels good and what’s true, we slide, almost without noticing, back into superstition and darkness.