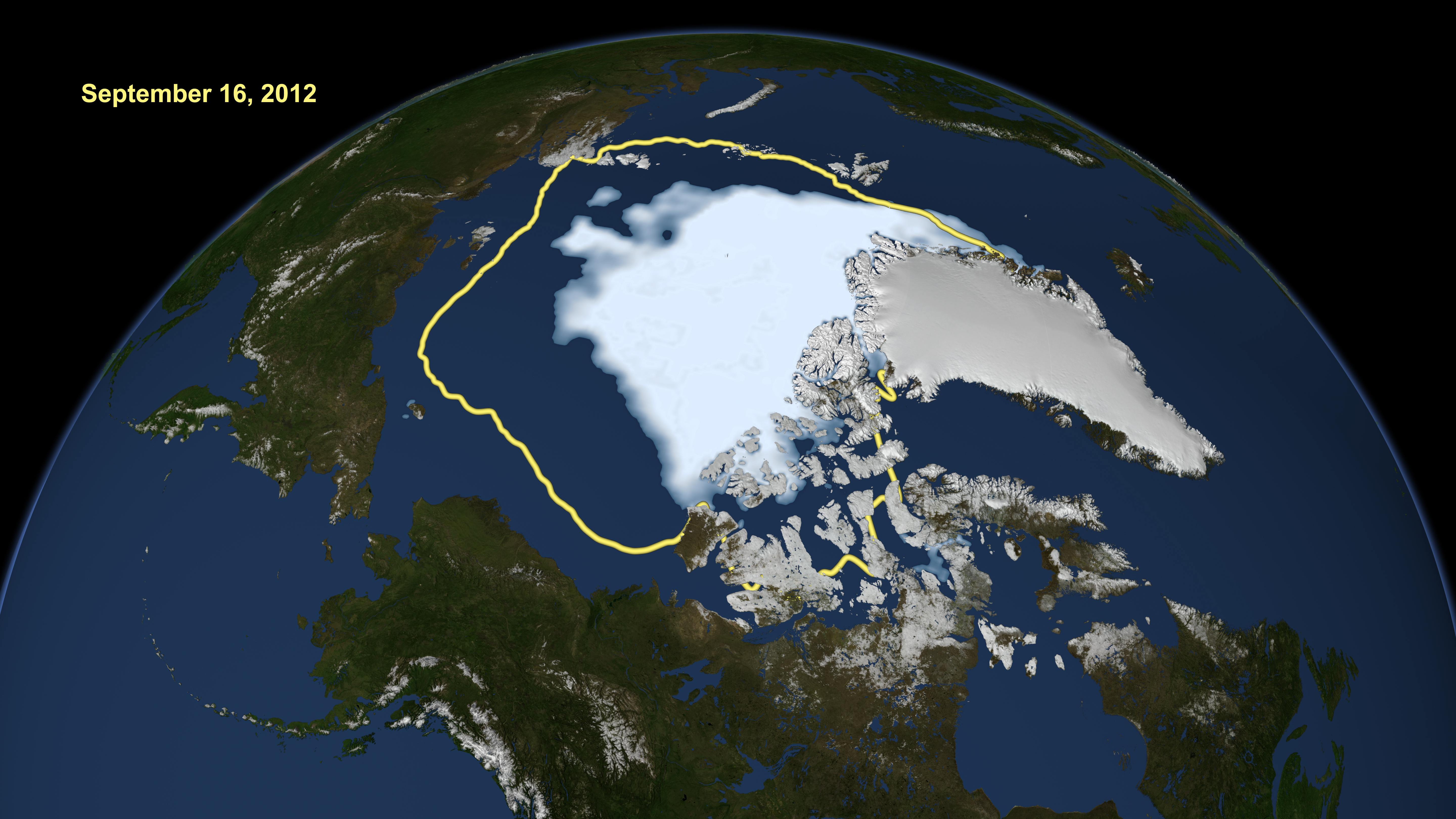 The alarmingly shrinking expansion of Arctic sea ice, which receded to an unprecedented annual minimum last autumn of 2012, presents nations like Canada with a wildly uncertain future.

Not only does this seasonal low, along with harbingers like shifting precipitation patterns and rising sea levels, attest to the now globally-observed increase in yearly average temperature, it reasonably reinforces the likelihood of the Intergovernmental Panel on Climate Change’s (IPCC) estimates forecasting summer Arctic sea ice to vanish entirely by the end of the century, once an outlandish prospect. Likely in part due to human activities such as the burning of fossil fuels, the Northwest Passage that eluded countless adventurers searching for a maritime shortcut from Europe to Asia might suddenly emerge as a modern reality and point of contention. While an economically viable Northwest Passage offers Canada opportunities for enhanced trade and resource access, conflicting regional effects of climate change and ambiguous international responses to highly-contested polar boundaries will ultimately outweigh such a route’s benefits for the country’s interests.

With an already burgeoning population of skilled workers, Canada’s economic potential appears only magnified by more accessible fishing grounds; millions more ecotourists hoping to witness polar bears and other vestiges of the melting Arctic; and untapped oil and natural gas deposits (approximately 13% and 30% of global undiscovered reserves respectively, according to the US Geological Survey)—all of which are associated with Arctic sea ice retreat.

Though a thinner atmosphere and accelerating albedo feedback cycles (where iceless ocean absorbs more ice-zapping heat) accentuate the rate of warming over northern polar regions, unimproved net agricultural yields and deteriorating ice-dependent winter roads could complicate shipping gains. In other words, warmer temperatures may boost production of crops northward of currently arable land, but drier conditions may ultimately decrease harvests in southern prairies. In the same way, increased ice-free sea transit during a short window of time at the end of summer probably will not offset the economic hindrances of losing months-long service of ice roads and rail routes that depend on cold temperatures for stability to deliver regional resources and valuable commodities like diamonds, petroleum, and grain by land.Especially considering how increased international market exposure will not only incline maritime arteries like the Panama and Suez Canals to lower their tolls, but also spell an uncertain fate for competing “destinational” shipping interests locally supplying and servicing booming outposts like Churchill, Iqaluit, and Tuktoyaktuk, the thought of Canada reaping lucrative profits in all economic sectors from a functional Northwest Passage in the coming decades certainly lies on thin ice.

Already, Russia’s move to stake its flag over the North Pole in 2007 and Canada’s calls to construct another costly Arctic military base in Resolute Bay and strengthen its fleet of patrol ships and icebreakers (securitizing steps not unlike those of other Arctic nations) reinforce the inescapable, often superseding role that politics will play in shaping the uncertain fate of the Northwest Passage amidst climate change. Even as warmer temperatures thaw a region primed for increased economic activity, international boundary delineation over shifting environmental factors and competing national interests ultimately possess the power to encourage or discourage greater economic interconnectivity of Canada’s Arctic ports with North America and beyond.