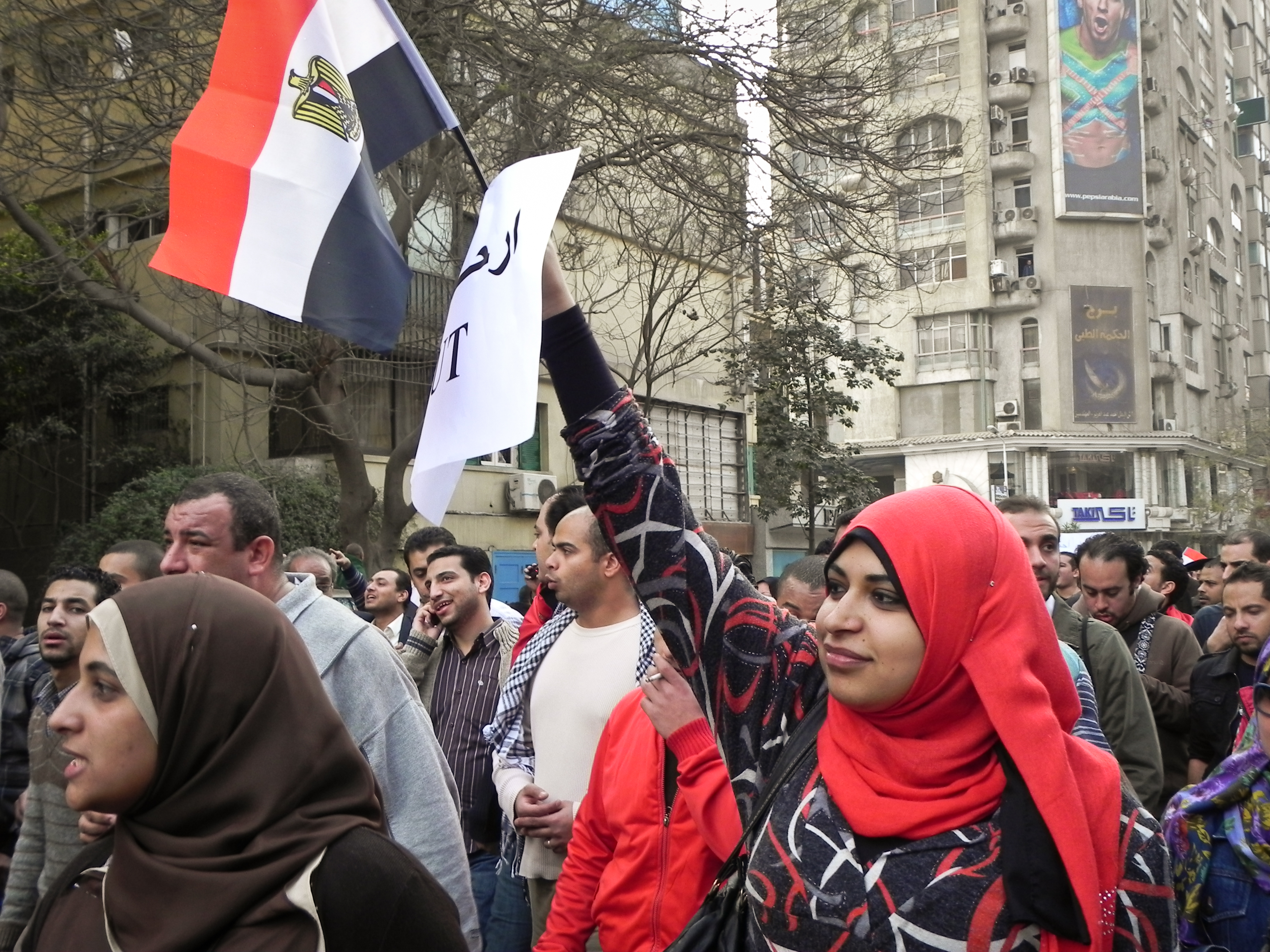 The Generation welcomes its newest contributor, Sallie Pisch, to the team! Sallie currently lives in Cairo, Egypt, and is an extremely talented writer. Exactly one year after the January 25 uprising in Egypt, she reflects on the overall situation on the ground in Cairo. The following video was put together by Sallie using her personal video clips that she filmed on January 25th.

Egypt is approaching the one-year anniversary of the January 25 uprising that sent shockwaves through the region and captured the attention and the hearts of the world. But has anything really changed in the Arab world’s most populous country?

Walking the streets of Cairo, it’s hard to tell.

The changes are subtle, but they’re there if you know where to look: the colors of the Egyptian flag painted on bridge supports and curbs, anti-regime graffiti scattered across the city, BBC Arabic playing in a café instead of MTV Arabia.

There were irregularities in the 2011 elections – polling stations opening late, illegal campaigning on election day, the use of religious slogans. But there were no reports of ballot-stuffing and no one died as a result of scuffles between supporters of opposing candidates.

What’s more, even those skeptical of Egypt’s transitional process know there IS a process. In 2010, many Egyptians didn’t even know parliamentary elections were happening. Today, from cab drivers to political gurus, every Egyptian knows who the political players are and what they think of them.

This is perhaps the most important change, and the thing that will keep Egypt moving forward despite the challenges: today, Egyptians care.

Regardless of how the political process moves forward (or doesn’t), no one can take back the feeling of national pride Egyptians felt during those 18 days of demonstrations in 2011. For the first time in decades, Egyptians found their voices.

When police forces withdrew from Cairo on January 28 after hours of bloody clashes with demonstrators, Egyptians stepped up to the plate. They organized neighborhood watch groups and checkpoints that were manned around the clock.

For the first time in their lives, young men who were born and lived their entire lives under the regime of Hosni Mubarak felt like their streets were their own, and watched over them with pride.

Egyptians remember that feeling. They also remember the apathy, helplessness and frustration they felt before. Many are still frustrated with what they perceive as an unfinished revolution, with many goals still unmet. But they no longer feel helpless.

That pride, as well as the memory of apathy, is what will sustain Egypt through a long, complicated and sometimes controversial transitional process.