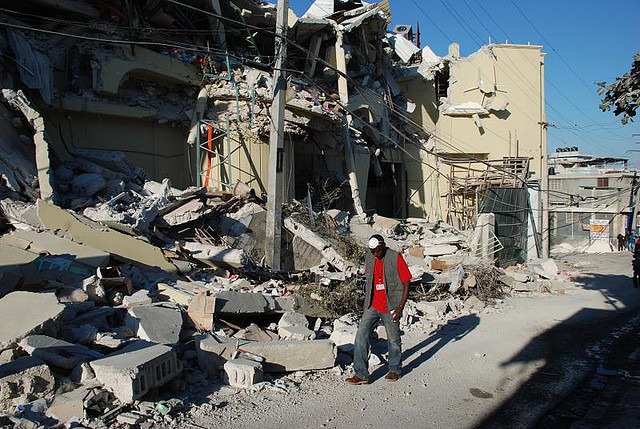 Almost five years have passed since the devastating earthquake in Haiti that cost at least 200,000 individuals their lives and left many more injured. The country was in ruins after this tragic event. Since then, valuable international collaborations have been initiated to put Haiti back on its feet, and have assisted Haiti with reviving agriculture, importing pharmacological drugs, and rebuilding shelters and houses for those who lost their homes.

The majority of these efforts aimed to provide immediate assistance to the country, with little regard for their level of sustainability. As reported by the Boston Globe, less than ten percent of the international funds went to local and national authorities. The rest were spent on immediate care. As a result, to this day, Haiti is still very much dependent on foreign aid for its survival. This is not to suggest that the foreign aid for immediate relief efforts is unnecessary. These efforts, however, should be modified to lead Haiti toward self-sustainability in the long run during its ongoing recovery from the earthquake.

Fortunately, there has been a recent shift in the initiatives that assist Haiti’s recovery. Our very own University of California (UC) system has taken the lead in providing sustainable technologies for Haiti. Through the UC Haiti Initiative, in collaboration with the State University of Haiti (Université d’Etat d’Haïti or “UEH”), participating UC campuses have funded a number of training programs for skilled Haitian physicians to travel to the United States and receive advanced training in their field of expertise. Upon their return, they will implement their newly learnt techniques in Haiti.

This year, UCLA hosted a talented rheumatologist from Haiti, Dr. Wilciane-Claire Belliot, sponsored by the UC Haiti Initiative. With the high prevalence of rheumatic diseases such as arthritis, long term and sustainable training of healthcare professionals is a much needed and worthy cause.  To put this issue in perspective, the UCLA medical center has 25 rheumatologists. Haiti, with a population of 10 million, only has two.

In the course of her stay, Dr. Belliot had the opportunity to observe treatment methods, visit patients in the clinic, and have access to all the resources that UCLA’s fellows have. By the end of the program, Dr. Belliot was prepared to treat not only rheumatic patients, but also received invaluable training to establish Haiti’s first rheumatology clinic.

In an interview with the UC Haiti Initiative, I asked if the organization had faced any major problems in implementing their proposals. It was mentioned that funding for “capacity building” measures have been limited. Kenny Pettersen, Chair of the UC Haiti Initiative Executive Committee and current medical student at UCSF noted “governments, NGOs, and other actors have prioritized primary education and the direct provision of other services, such as healthcare.” Pettersen also suggests that “it is hard to grow an economy without access to a talented pool of management-level professionals,” alluding to the need for training that goes beyond just primary education.

Sustainability has been the cornerstone of the UC Haiti Initiative’s approach. In managing their activities, two factors are heavily considered: local need and presence of infrastructure. With the widespread presence of rheumatoid conditions and availability of only two rheumatologists, the investment to build the foundations for a growing rheumatology clinic in Haiti is very well justified. In addition, the training was designed in such a way to accommodate for the limited biomedical technology that is available in Haiti compared to those in the United States.

The UC Haiti Initiative can serve as a model for other organizations in designing ways to bring sustainable systems back to Haiti. There are many issues that the international community can assist with, as the earthquake did not just bring physical destruction to Haiti. For example, due to lack of proper healthcare, and the displacement of almost 1.5 million people, public health has been declining since the earthquake.

In 2010, there was an outbreak of cholera in Haiti. The epidemic continues to this day and has left 8,500 people dead and many more infected. According to the Center for Disease Control, cholera is mainly transmitted where there is lack of sanitation. That includes lack of access to clean water and proper sewage system. With close to $9 million of foreign aid budget, one may wonder why cholera is still present four years after its outbreak?

In a report by NPR, it was revealed that most of the foreign aid has been directed to “short-term, Band-Aid type” solutions. Bladders of water were provided and porta-potties were installed, but the main issue still remains. There is no clean-water supply, nor is there a sewage system for sanitary elimination of contaminated excrement. Without a long-term resolution for these issues, Haiti will never fully recover regardless of the amount of foreign aid it receives.

Fortunately, some initiatives have been taken to provide Haiti with a number of sanitary water systems by organizations such as Water.org. Nonetheless, these efforts need to grow further and many other issues still need to be addressed in Haiti (economic growth, agriculture, and education to name a few). Sustainability should become a centralized theme in all such efforts. No matter how significant the international aid may be, Haiti needs to regain its independence.

To read more about UC Haiti’s efforts, please refer to their website at www.uchaiti.org.