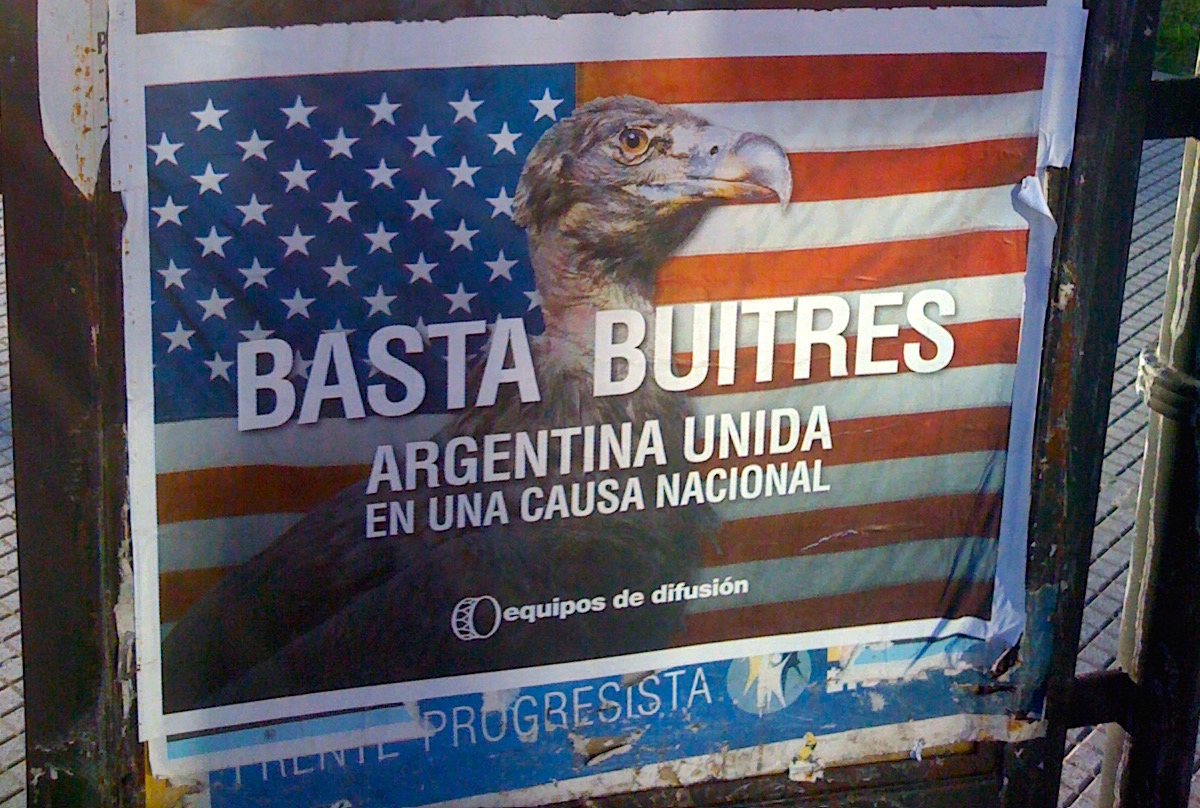 In 1776, Adam Smith in The Wealth of Nations asserted: “When it becomes necessary for a state to declare itself bankrupt, in the same manner as when it becomes necessary for an individual to do so, a fair, open and avowed bankruptcy is always the measure which is both least dishonorable to the debtor, and least hurtful to the creditor.” Yet, 238 years later, international financial institutions still fail to answer Smith’s call. Recent turmoil in financial markets has brought both advanced economies such as Spain, and developing nations like Argentina, dangerously close to default. The global threat by destabilized markets makes it imperative that the State of New York, the federal government, and international bodies, such as the International Monetary Fund (IMF), create new mechanisms to resolve the unique cases of sovereign debt defaults. Just as bankruptcy laws and courts are used domestically to resolve debt repayment conflicts, a similar framework needs to be created to handle sovereign debt disputes. This system needs to be focused on producing economic growth in the interest of both creditors and debtors. This idea is not new: Anne Krueger, while in the office of First Deputy Managing Director of the IMF, proposed a Sovereign Debt Restructuring Mechanism (SDRM) in 2002. The proposal was vetoed by the George W. Bush administration. Now it is time to raise the issue again, as the absence of an adequate forum to handle these disputes is apparent in the ramifications of recent US court rulings against the Republic of Argentina.

In Republic of Argentina v. NML Capital, the Supreme Court upheld a ruling by Thomas Griesa, Federal Chief Judge for the Southern District of New York, stating that Argentina must pay the full value of $1.33 billion in bonds that are possessed by NML Capital before paying its obligations on other bonds. NML Capital is a hedge fund that owns Argentine bonds that were not exchanged during the country’s attempts in 2005 and 2010 to restructure debt after its 2001 default. As a result of the ruling, the nation fears that it could be liable for $15 billion when it is applied to all holdouts. This $15 billion albatross would be equal to roughly half of Argentina’s central-bank reserves.  Yet the most important aspect of the ruling is Griesa’s understanding of the bonds’ pari passu clause. His interpretation prescribes that Argentina cannot make payments to the exchange bondholders until it comes to an agreement with NML Capital regarding its holdout bonds. When no agreement was reached and the Republic’s payment to exchange bondholders was blocked, Standard & Poor’s declared Argentina in default on July 30.

Argentina will not be the only party to endure the negative consequences of this ruling: the future of all sovereign debt restructuring is in jeopardy. Under Griesa’s interpretation of pari passu, bondholders will have no incentive to accept a debt swap after a default. Furthermore, even one bondholder who holds out can nullify an entire debt restructure and force the debtor back into default. As a result, countries with troubled economies become bigger prey for “vulture funds”: a pejorative term used to describe hedge funds such as NML Capital who buy up distressed bonds at fractions of their initial prices with the intent to litigate to be paid the bonds’ full nominal value. The ruling sets a precedent that would prevent nations from restructuring their debt, making good with creditors, and rebuilding after a default.

On the international level, Bolivia, with the support of the G77+China and alerted by Argentina’s tribulations, proposed a multilateral legal framework for sovereign debt restructuring processes at the UN General Assembly. On September 9, the assembly overwhelmingly adopted the measure with 124 votes in favor, 11 votes against and 41 abstentions. The US was among the 11 nations that voted against the resolution. The proposal is short on specifics but it includes an element that would bind all creditors to a restructuring agreement if a majority accept.  It is improbable that the US would yield jurisdiction on local contracts to a global institution. Thus this hypothetical framework would have little power over existing bonds issued in New York markets. However, this is a clear call by the developing nations who are most likely to issue bonds in foreign markets such as New York that such mechanisms are badly needed.

Understandably, if US law is more concerned about protecting creditors than permitting nations with a troubled past a chance to start over, sovereigns will reconsider issuing bonds in New York or other capital markets in the US. This has the potential for New York to lose its place as an international financial center in regards to issuing sovereign debt. On July 15, with the Argentine President in attendance as a special guest, the heads of state from Brazil, Russia, India, China and South Africa inaugurated the $100 billion New Development Bank (NDB) at the sixth BRICS summit in Fortaleza, Brazil.  These nations hope that the NDB will serve as an alternative to the western dominated IMF and World Bank. The BRICS’ NBD will be an alluring alternative to US financial markets for developing nations in the future.

If New York desires to preserve its place as an international financial center, new laws to preside over the unique cases of sovereign debt default need to be adopted. A sovereign is not a normal partner in a contract such as a person, business, or corporation. Hence, a special bankruptcy court for sovereign nations overseen by judges with advanced training in economics should be created by the State of New York or the federal government. A mechanism for negotiation, mediation and arbitration needs to be in place with a focus on restoring a nation’s economy so it has the ability to pay back its creditors. Among its many tools, it could swap debts for new bonds that pay according to macroeconomic statistics such as GDP growth similar to Argentina’s bond swap offers in 2005 and 2010.

But these measures can augment more than a developing country’s economic growth and New York’s standing as a hub of finance; they will promote global economic justice. Social utility is completely absent in the process where a cabal of hedge funds purchases distressed debt at a fraction of its titular value and subsequently litigates to be paid in full. A common counter argument is that Griesa’s and similar rulings are in line with what is in the bond contract. Thus, in order to observe rule of law, debtors must be held accountable. The fact that the legal process supports this practice is the very reason it needs to be reformed. The consequences aren’t beared by the corrupt politicians who wantonly accepted too much in loans and ensuingly misspent them in order to maintain political power. They fall on a country’s citizens who pay for both the creditor’s and debtor’s avarice in increased taxes, substandard public services, and stagnant economic growth.

The US’ foreign policy in regard to sovereign defaults must be reexamined and made coherent as well. With a large mandate from the aforementioned UN resolution, the world has asked the US to bring its actions in line with its commonly stated foreign policy goals of long term economic and social progress in the developing world. It should start by advocating and ratifying a SDRM at the IMF. The Anne Krueger proposed SDRM with collective action clauses from over a decade ago would be a great example to follow. This would set insolvent nations on a feasible path to grow while making good with all their creditors. The alternative is an eternal cycle of debt and default for nations with a dolorous economic past such as Argentina

”Los muertos no pagan las deudas” – ”The dead don’t pay their debts” is a phrase from late President Nestor Kirchner’s 2003 speech to the UN General assembly. Frequently, the current president borrows her late husband’s proverb in speeches regarding the external debt and the holdouts.