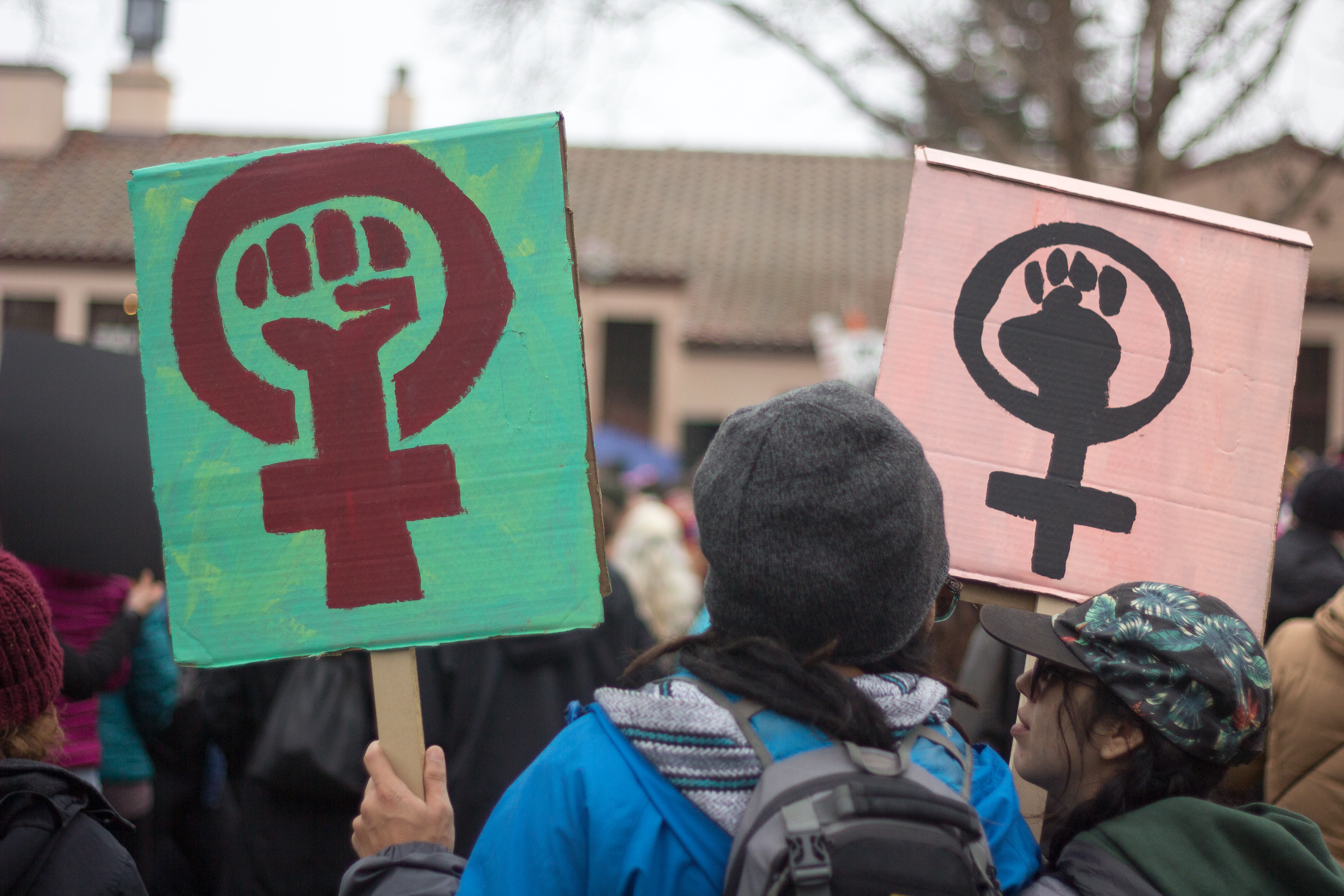 When film producer Harvey Weinstein was accused by dozens of women last November of sexual assault and predatory behavior, an outpouring of comparable claims and allegations arose against other high-profile men, subsequently launching the #MeToo movement. American social activist Tarana Burke, who is credited with the original hashtag, states that the goal of the movement is to let victims of sexual assault and harassment know that their experiences are not uncommon and thus they should not be shamed into remaining silent about them. After My Name is Earl actress Alyssa Milano tweeted the hashtag, the movement gained popularity and female movie stars such as Gwyneth Paltrow, Uma Thurman, and Viola Davis all expressed sympathy or shared stories of sexual exploitation. Even Senators Elizabeth Warren of Massachusetts and Claire McCaskill of Missouri joined in and tweeted about the movement. Women and men of all backgrounds in America have expressed support.

Conversely, the #MeToo movement has recently experienced backlash from across the Atlantic in France, where a public letter signed by over 100 prominent French women, including actress Catherine Deneuve, have criticized the movement’s “puritanism” and its claim to “promote the liberation and protection of women” when actually “enslave[ing] them to…eternal victim[hood] and reduc[ing] them to defenseless preys.” While criticism from other women, who appear as though they should be natural allies, may shock at first glance, the disagreement over proper sexual norms between French women and their American counterparts comes as no surprise when accounting for the cultural differences regarding sex and gender between the two nations. Given France’s more progressive history of gender equality as well as a proud tradition of secularism amongst its citizens, the more accepting attitude of sexual advances and unwanted intimacy expressed by Deneuve and others is, upon closer inspection, not so unexpected after all. One of the letter’s chief criticisms of #MeToo was that although the movement claims to empower women by shielding them from unwanted sexual advances, by “demand[ing]” protection, its supporters are instead suggesting that women lack the individual agency and ability to speak up for–and defend–themselves without help. This distinction between American supporters and French doubters regarding the rights and abilities of women can be traced to the countries’ differing histories on the subject.

By multiple metrics and measurements, France has achieved higher levels of gender equality than the United States. For instance, the French parliament is currently 38.6% female, with women holding 233 out of a total of 577 seats. In contrast, 21% of U.S Senators and only 19.1% of U.S Representatives are female, with women holding 106 out of 535 total seats. Additionally, while France appointed a female Prime Minister in 1991, the U.S has yet to elect a woman to its highest office, and only in the most recent 2016 election was Hillary Clinton named the first female major party presidential nominee in American history. This seemingly trivial discrepancy among representation in government should not be dismissed out of hand. Women in France may very well feel as if they have more political power because their representation in Parliament is significantly higher and because they have seen women occupy the highest offices of government.

In addition to political representation, women in France also retain a number of cultural and workplace advantages that their American counterparts lack. First, France permits up to four months of paid maternity leave, while the U.S. only allows for up to 12 weeks of unpaid leave. Furthermore, French women are allowed unrestricted access to abortion throughout the first trimester of pregnancy. In contrast, in the U.S., states are allowed to make their own decisions on abortion access so long as the regulations do not cause “undue interference.” This wording has been interpreted broadly and many states have implemented mandatory waiting periods, state-mandated counseling, and numerous other roadblocks to delay and impede access to abortion. Women’s rights have also been one of the central focuses of French President Emmanuel Macron’s campaign and presidency.  The French government even pressures the media to refrain from posting sexist or demeaning images of women. Finally, the Global Gender Gap Index which measures gender inequality across economic, political, educational, and health-based criteria ranked France 12th in the world in 2018 while the U.S ranked 49th–between Bangladesh and Zimbabwe.

These significant differences in gender equality between France and the U.S. demonstrate two fundamentally unique female experiences which can help explain the backlash to the #MeToo movement expressed by Deneuve and others. In a country where women are nearly equally represented in their government, that has laws and regulations seeking to level the playing-field in the workplace, and that maintains high female educational and economic achievement, women may feel as though there is less of a disparity of power when men make unwanted sexual advances. French women would thus perceive an advance as flirtation between equals and therefore feel as though they have the agency to either continue or put a stop to such actions. In comparison, American women may feel uncomfortable with similar types of advances due to a greater power imbalance between men and women in society. Such imbalance would likely lead to women feeling as though they lack the ability to speak up about how they feel, especially if sexual advances are unwelcome. The French letter’s critique of American women seeking to be “protected” and maintain “eternal” victim status may stem from these cultural divide. Understandably, French women–coming from a culture that consistently affirms their belief of themselves as equals to men–will have a different perspective from their American counterparts, who have grown up under a political, economic, and educational imbalance that undoubtedly seeps into their sexual and romantic lives.

In addition to a demonstrable difference in gender equality between France and the United States, the variation of the role and importance of religion also helps shape distinct sexual attitudes amongst citizens of these respective nations. For instance, a Pew Research study from 2015 found that 53% of Americans say that religion is “very important” in their lives. In contrast, only 14% of French adults said the same. Moreover, the U.S is an outlier among wealthy, Western countries when it comes to the importance of religion. 21% of the populations of both Germany and the United Kingdom say that religion is “very important” in their lives, and other developed nations such as Australia and Canada also came in well below the U.S. at 18% and 27% respectively. This disparity unquestionably creates divergent societal understandings of sex.

One manifestation of this discrepancy in religious attitudes can be found in the differences between French and American sexual education programs in schools. In an analysis of sex-ed programs in the U.S., France, and several other Western nations, author Kelly Bell noted that as a result of its religious citizenry, the U.S. views sex in more “puritanical” and “moral” terms as opposed to the “open, matter-of-fact attitudes” found in the other countries studied. This perspective naturally has led to lobbying by churches and religious groups across the U.S. on behalf of abstinence-only programs, fearing that a more comprehensive education in schools will lead to promiscuity (although this fear has been proven to be false). The result is that the American school system is failing to give teens an understanding that sex and sexuality are a “normal and positive part of human development,” an understanding that sex-ed programs in Western Europe reaffirm. Again, the connection between these differences and the views expressed in the letter is clear. When there is a tendency to see sexual advances and activity as taboo due to poor sexual education, the reaction to such experiences when unwanted will unquestionably be harsher than if they were viewed as a normal and natural experience.

Another cultural difference between the two countries can be found in interpretations of flirting. Alex Giami–co-author of a study on sexuality in France and the U.S–found that French women on the whole do not view “‘flirtation and seduction and romance as a direct sexual approach, and that flirtation does not necessarily lead to sexual intercourse.” In other words, “the language of seduction is not an explicit language of sex.” This understanding differs dramatically from American attitudes which tend to view flirtation and seduction almost exclusively as sexual advances. When flirting is recognized as separate from sex, the notion that men should be “disciplined” for such actions and placed in the “same category as sex offenders” would seem troubling and puritanical.

If the disagreement between French and American women over the #MeToo movement surprised some, it shouldn’t have. As a result of a more progressive history of gender equality, the female experience in Nice is fundamentally different from that of New York. Furthermore, the variation of the importance of religion between these countries creates two profoundly different understandings of sexual activity and flirtation. Yet cultural disagreement is not unique to France and America. Instead, the French letter and the American reaction to it represent a failure of cultural relativism: The idea that one’s actions and opinions should be judged by their own culture standards rather than someone else’s. Such instances are not unique. Supporters of the movement in both countries are failing to recognize that there are clear cultural differences that led to this disagreement. They are thus making judgements and assumptions based on their own morals and standards. This misunderstanding serves as an important reminder that, given the array of cultural variation found in every corner of the globe, social movements are not always exportable, however beneficial they may be to their country of origin.