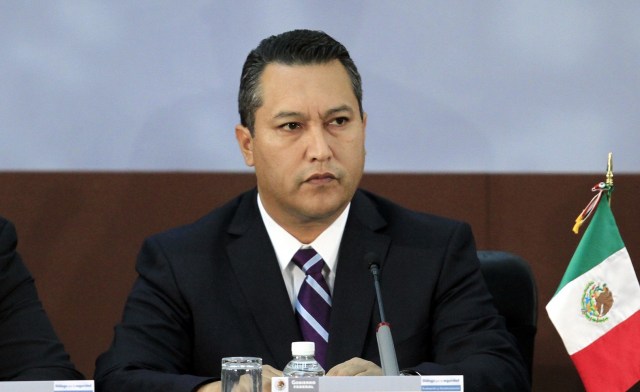 Interior Minister Francisco Blake Mora, 45, died November 11, 2011 in a helicopter crash outside Temamatla, Mexico. He was known as a strong law and order politician who had dedicated his career to fighting the country’s notorious drug cartels and government corruption.

Here are some press accounts of the event from around the web:

The chopper went down in the southern part of Mexico City on its way to a prosecutors meeting in the neighboring state of Morelos.  It is unclear what caused the crash. “We are investigating all possible causes of this unfortunate incident,” Alejandra Sota, the government’s national security spokeswoman, said at a news conference Friday.

He made his name cracking down on drug cartel violence in his home state of Baja California by forging close cooperation between military and civilian law-enforcement officials. He tirelessly promoted the same strategy as President Felipe Calderon’s No. 2, the top policy official in Mexico’s all-out push against drug traffickers and corruption. Blake Mora also led the push to clean up Mexico’s notoriously corrupt state and local police forces. “We’re trying to establish a justice system that both prevents criminal impunity and responds to the needs of society and its demands for social justice,” he said at a meeting of government officials this year.

Despite some tendencies to suspect a hit on the top officials leading Calderon’s offensive against organized crime, the crash that killed Blake Mora and seven others may have had to do with bad weather. A Learjet that slammed into a Mexico City street in 2008, killing former interior secretary Juan Camilo Mourino and 15 others, was blamed on pilot error. One of Blake Mora’s last postings on his Twitter account commemorated the loss of Mourino. “Today we remember Juan Camilo Mourino three years after his death, a person who was working to build a better Mexico,” he tweeted on Nov. 4.

Calderon, visibly emotional over the loss, said the Super Puma helicopter was flying in fog when it went down in a remote area southeast of Mexico City. Still, he said all possible causes were under investigation. He said the pilot had sufficient expertise. “Mexico has lost a great patriot … and I lost a dear friend,” said Calderon, who struggled to maintain composure at one point during an address to the country. “He was not only an exemplary minister, he was an exemplary Mexican.”