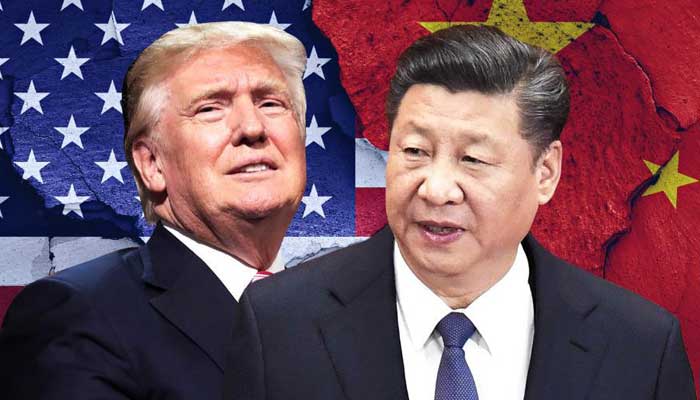 Forging a trade deal with China has proved to be a frustrating, fluctuating saga for the Trump administration. It has taken nearly two years for China and the United States to reach a limited “phase one” trade deal, indicating the two remain at a distant divide regarding larger issues that are breeding conflict in the trade relationship.

The recent deal signed between the two countries on January 15th is a first step but ultimately fails to alleviate the true issues plaguing trade with China. The deal leaves open questions regarding enforcement and covers less contentious issues such as Chinese agricultural purchases.The divide between the two is grounded in deep structural economic and political differences, China’s ambition to gain the upper-hand in coveted industries, and the competitive pressure exerted by China’s rise on the global stage.

Why is striking a deal proving to be so difficult?

It must be kept in mind that the Chinese Government is highly authoritarian and holds much of its power through its grip over economic modes of production. Where U.S. officials view Chinese State-Owned Enterprises (SOEs) as distorting cheaters of the global economy, the Chinese Government sees them as a vital means to consolidating power and maintaining regime legitimacy. To the Chinese Communist Party, SOEs provide crucial sources of employment and serve as a powerful arm of the state in its pursuit of national economic goals.

Simply arguing that China ought to become more market-driven is not an option for political leaders in Beijing. For any authoritarian country, maintaining a strong grip on power is of first priority. Liberalizing an economy in which resources are exceedingly centralized in the parameter of government influence can open the door for instability and unleash forces that can grow outside of the state’s control (Remember the Soviet Union?).

This balancing act between privatization and state-led direction of the economy is illustrated in how the Chinese economy has fared since the end of the Mao era. The government has made sure that its move to extract wealth and grow its economy from exposure to market forces has not ceded the state’s overwhelming monopoly over resources, influence, and power, or jeopardized the survival of the regime. Even today, China’s brand of state-pseudo capitalism has been quite resilient. The state has defied conventional wisdom, liberalizing parts of its economy and allowing the flourishment of some powerful private enterprises while simultaneously becoming more politically illiberal. Before China’s rise, U.S. policymakers and experts widely held the belief that if China liberalized its economy, political liberalization would follow due to increased demands posed by a newly emboldened middle-class. China has managed to successfully blend elements of capitalism with its authoritarian model to a degree that enables the Communist Party to remain relevant.

Maintaining massive subsidies, controlling broad access to capital, and propping up unproductive SOEs and is simply part of the nature of China’s political-economic nexus. Its challenge in maintaining this order is twofold. On one hand, the Chinese Communist Party (CCP) has seeked to extract party legitimacy through a strong economy that is exceedingly evolving to require higher levels of efficiency and innovation which ultimately requires unleashing individual creative capacity and enabling businesses to operate untamed and unshackled from encroaching government influence. On the other, the regime’s survival in its current state requires the government to hold the vast majority of the cards and influence large aspects of the economy. The former requires a sacrifice of the latter. People’s acceptance of the one party system has been driven in large part by economic prosperity and double-digit growth. Without this sustained prosperity, people’s acceptance of CCP domination may become strained, especially if reformist or liberal factions within the party seeked to exploit turbulent times. This challenge leads to the second area of trade contention: coveted industries and unfair trade practices.

The nature of China’s economic model forces it to adopt controversial trade practices to substitute its innovation deficit. A world-class economy requires world-class ideas and inventions to sustain its growth and separate itself from the rest of the pack. America’s economic strength and ability to create is directly linked to its political system: people are free to express themselves which leads to a proliferation of ideas, and, coupled with exposure to market forces, drives companies and individuals to maximize productivity. At the forefront of the trade war is America’s adamant demand that China curbs intellectual property (IP) theft and ends the regulatory pay-to-play bulwark designed to protect domestic companies and force American ones into joint-ventures with Chinese firms if they wish to have access to the market.

As high technology continues to increase in economic importance, China will be less inclined to halt this kind of trade conduct. Stability in U.S.-China trade is important, but so is pushing ahead in securing a dominant position in coveted high-tech industries. Picking off IP and leapfrogging across the backs of American firms has been a key factor in China’s ability to make such substantial progress in closing the technological gap between the two countries in such a short span of time. Huawei, a Chinese tech firm, was accused last year of conspiring to steal T-Mobile’s technology.

When all is taken into account, the broader competitive streak manifesting itself within both countries on a growing number of fronts is not helping the situation. Mr. Trump and Mr. Xi are both looking to walk away as winners in the trade war, with both seeing anything short of a definitive upper-hand in a deal as unacceptable. Behind all the structural realities guiding Beijing’s refusal to cave to American demands lies a powerful propagation of nationalism, pride, and fervor of prestige pushing back against compromise. There is a growing perception in China that America is simply looking to contain and constrain China’s growth. With all of these complexities in play, the prospects of achieving a comprehensive trade deal appear dim.