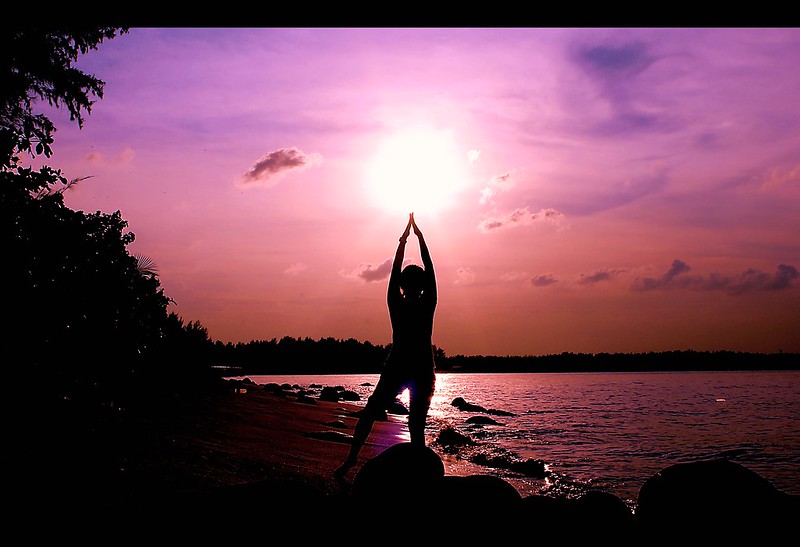 This article was published as part of our Spring 2019 print edition, the entirety of which may be found here.

One of the most basic human instincts is to search for a sense of belonging. Often, this is found through religion; believing in a higher power or powers not only facilitates a sense of purpose in life but also helps people connect to one another. However, religion and spirituality are not as cut and dry as they used to be. The global market has had a drastic and transformative impact on belief systems for people all over the world. With religion decoupled from place, sacred things have become commodities that can be traded and adapted to accommodate various cultural demands and ultimately reflect local politics. This effect can be traced by looking at the practice of yoga, a historically spiritual practice that has been processed and transformed into a sellable good that has comfortably integrated into the global market.

A Brief History of Yoga

Today, yoga is worth up upwards of $80 billion[1] the global market as a result of classes, retreats, equipment sales, and associated products. Although its status as a commodity is fairly recent, yoga began being practiced in modern day India around 3000 BCE as a way to achieve harmony between the heart and soul on the path to divine enlightenment and provided a basis for what would stem into Buddhism and Hinduism. As the centuries have passed, yoga has traveled and evolved to fit the demands of markets around the world and now has dozens of variations. In the past, yoga emphasized mindfulness and connection through the pillars of love, kindness, and compassion. In contrast, modern yoga typically prioritizes health benefits over spiritual benefits… although some people embrace the spirituality as well. Even though this ancient practice has a relatively clear history[2], the political and spiritual components of modern yoga are strained and complex and thus, impossible to generalize.

Because of its intimate ties to religion, yoga has caused extensive discourse. The physical benefits of yoga are universally appealing to those who decide to pursue it but for some, practicing spirituality outside of their normal beliefs is unacceptable. This conflict is circumvented in several different ways including prohibiting the mindfulness and spiritual practices of yoga and focusing on it as a sport or adapting the names of the poses relative to the local cultures. These maneuvers have allowed yoga to be adapted into various markets all over the world and made into a global commodity. Pierre Bourdieu, French sociologist, anthropologist, and philosopher, called people like the ones engineering these changes “cultural specialists” and explained that they “ransack various traditions and cultures in order to produce new interpretations and uses that can be consumed.” And consumed it is. Yoga, in various forms and interpretations, is taking off around the world.

In many secular places, there is an inverse relationship between the number of people practicing yoga and popularity of organized religion. People that otherwise feel disconnected from the religions they were brought up with find the filtered spirituality of western yoga to be appealing. Brigid Delaney, Senior Writer for the Guardian Australia, wrote about how “Australians are losing their religion but their craving for meaning and moral teaching appears stronger than ever.” This trend is clearly visible in North America as well where religion is on the decline[3] but the yoga industry is booming. One in five Americans[4] describe themselves as spiritual but not religious – partially due to the influence of yoga. Delaney also wrote an article[5] on her attempt at delving into the world of yoga in an effort to clear her mind and strengthen her body. She wrote, “In many respects, yoga is the perfect pastime for our age – the meditative elements give us the opportunity to find peace and stillness in a time of increasingly hectic and crowded information, the instructional bits give us moral lessons in the absence of traditional religion, while the stretchy, bendy, sweaty physical stuff is a great way of countering eight or more hours a day spent hunched over a computer.” Yoga, effectively, has helped meet the demand for connection coming from a generation of people who feel disconnected and disillusioned.

The power of modern yoga extends beyond flimsy spirituality found while stretching on plastic mats laid out on the hardwood floors of rec center classrooms. Yoga, in more secular places, tends to be a mechanism for creating community and connection, and helps people feel grounded in an incredibly turbulent world. Delaney talks about how, secretly, she wants to be one of the yoga mat toting, juice drinking, athleisure wearing yoga fanatics that “loiter in the aisles of the organic fruit and vegetable shop.” By donning leggings and slurping green drinks, these people are finding their “Neo-Tribe”[6] –  which Z. Bauman explains “helps the individual gain a sense of identity and belonging through identification with a subcultural consumer group.” Basically, buying into this consumption pattern helps people feel less lonely.

Yoga Outside of the West

Although yoga is gaining popularity globally, its spiritual components don’t flourish everywhere the way they do in the west. In places that tend to have stronger conventional religious practices yoga is contentious; the spirituality of yoga is seen as incongruent with dominant religious values. In 2013 the BBC ran an article called, “Does doing yoga make you a Hindu?[7]” The underlying question being are non-Hindu religious followers being subversive by practicing yoga? Can the founding spirituality be successfully cleaved from its physical counterpart in order to make a secular activity that poses no threat to dominant local ideology? The answer is complicated. So much so that the question of whether or not yoga is religious a “vexed question[8]” in Indian politics. Orthodox Muslims believe that sun salutations go against Islamic Law as Muslims are not supposed to bend to anyone, or anything, but Allah. Alternately, the practice of yoga in Indian schools causes concern for some because the chanting “Om” during the practice is too connected to Hindu religion. As a result, many leaders have said they are okay with yoga as long as it is disassociated with religion.

Different countries have handled this question in different ways. Iran, where Sharia law is the rule of the land, yoga classes “make no overt reference to spirituality at all.[9]” To avoid what could be called “blasphemy” the emphasis is instead placed on the physical component by calling it “the sport of yoga.” Where teachers in the west tap into consumer spirituality, teachers in Iran are accredited by the Yoga Federation[10] which promotes “Unity through sport” and simply defines yoga as “a holistic health system with Indian roots stretching back 5,000 years.” Their homepage justifies their practice of yoga as a sport with a quote from B.K.S. Iyengar[11] who says that, “there is nothing wrong in holding a competition on the qualitative presentation of the yoga asanas.” He concludes by saying that yoga “should be competition on the artistic level and not on egoistic body cult.” By placing the emphasis on exhibitive competition, they deliberately neglect the spirituality that people cling to in so many other places. Simultaneously, Iyengar is bashing the imagined community that yoga is creating in the Australia and North America and thrusting it in its least flattering light as an egoistic body cult.

Some places chose to forgo working through the complexities of yoga and spirituality in favor of banning it completely. In 2008, a religious ruling in Malaysia banned the sport in five states. However, in Kuala Lumpur, the capital, physically practicing yoga is allowed as long as chanting and meditation are not. This partial acceptance is standard in other Islamic countries such as Indonesia as well. A profitable compromise that introduces a new commodity while preserving and protecting tradition.

Savasana – Wrapping It Up

Since its creation in 3000 BCE in what is now modern India, yoga has evolved and expanded to accommodate demand in cultures around the world. The religious roots of the practice have been the direct cause of discourse around the world and helped shape yoga into a variety of practices and consumable packages that are woven into the global market. The adaptation of yoga in more secular places has accommodated quasi-spiritual consumerism in places that are experiencing a sense of disconnectedness a result in the decline of religion. Alternately, yoga has been adapted as a sport with an emphasis purely on its physical components so as not to interfere with dominant religious ideology. Although modern practices typically bear little resemblance to ancient practices, the addition of spiritual or physical yoga practices have influenced consumers around the world.

[5] Brigid Delaney. “The Yoga Industry Is Booming – but Does It Make You a Better Person?” The Guardian, September 17, 2017. Accessed April 27, 2019, https://www.theguardian.com/lifeandstyle/2017/sep/17/yoga-better-person-lifestyle-exercise.