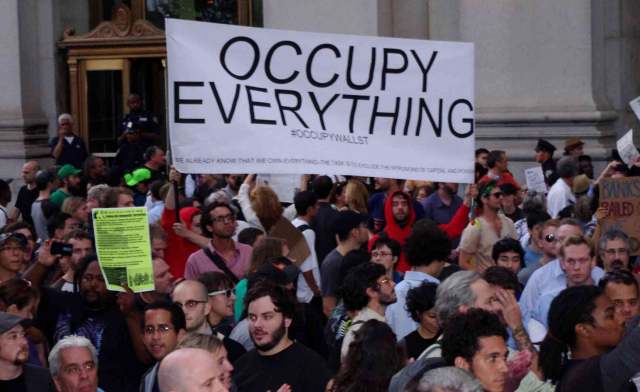 Thursday, November 17 marked the two month anniversary of the Occupy Wall Street movement in the United States. Yet, it also marked the four month anniversary of the beginning of the mass international movement for economic equality: the Occupy Dataran Movement. In July, protestors in the city of Kuala Lumpur, Malaysia assembled in Merdeka Square to, according to their official Facebook page, “reclaim Dataran Merdeka as an open and democratic space for people to gather, discuss and explore an alternative to the current representative democracy.”

Although less than one hundred people showed up to Occupy Dataran, the event nevertheless sparked the assemblage of thousands of protesters in Montreal, Canada. On October 15, over 1,000 Canadians protested in Victoria Square, a public space directly between the Montreal World Trade Centre and the Montreal Exchange (where financial derivatives are traded). Within two months, the movement had spread from Kuala Lumpur to Montreal to New York City to 95 other cities around the world.

The Occupy Movement is now an international phenomenon that has mobilized thousands of citizens all over the world to unite for the causes of economic and social equality. With the slogan, “We are the 99%,” protestors world-wide are attacking the greed of the “top 1%” of citizens in their country that own most of the nation’s wealth. In America, for example, a recent report by the Congressional Budget Office showed that in 2007 the richest 1% of the American population owned 34.6% of the country’s total wealth, and the next 19% owned 50.5%. Thus, the top 20% of Americans owned 85% of the country’s wealth and the bottom 80% of the population owned 15%. So, it shouldn’t be too surprising that the original appeal of the movement gained so much intra-national momentum—it is relevant to the majority of citizens. Nevertheless, the rate and power with which the movement went global is quite amazing.

On September 17, 2011 New York City and San Francisco followed suit with the Occupy Wall Street and Occupy San Francisco movements. By October 9, protests had spread across 82 countries. The movement has not spared any country due to its size, political ideology, or authoritarian government. Protestors in China demonstrated at an Occupy Movement in Hong Kong. Thousands of protesters have occupied cities in France and Belgium, despite numerous arrests. In Brussels, Catholic universities and socialist parties have joined in, as protestors yelled “Save us, not the bank!”

In the United Kingdom, protesters have gathered in London, Bristol, Birmingham, Glasgow and Edinburgh (the initial target for the protestors was the London Stock Exchange in Paternoster Square). Although attempts to occupy the square were resisted by police, the movement has continued all over England and the UK.

All over the world, despite harsh consequences, arrests, deaths, and police brutality, protestors continue fighting. Even in countries with some of the world’s highest tax rates—like Belgium and France—Occupy Movements have surfaced and spread. Hence, the movement for economic equality transcends culture or even communist vs. capitalist governments; the movement has tapped into a discontent much deeper: greed’s oppression of the majority. It seems the world’s 99% is finally listening to the words of Howard Beale, the fictional anchor in the film Network: “I’M AS MAD AS HELL, AND I’M NOT GOING TO TAKE THIS ANYMORE!’ Things have got to change.”