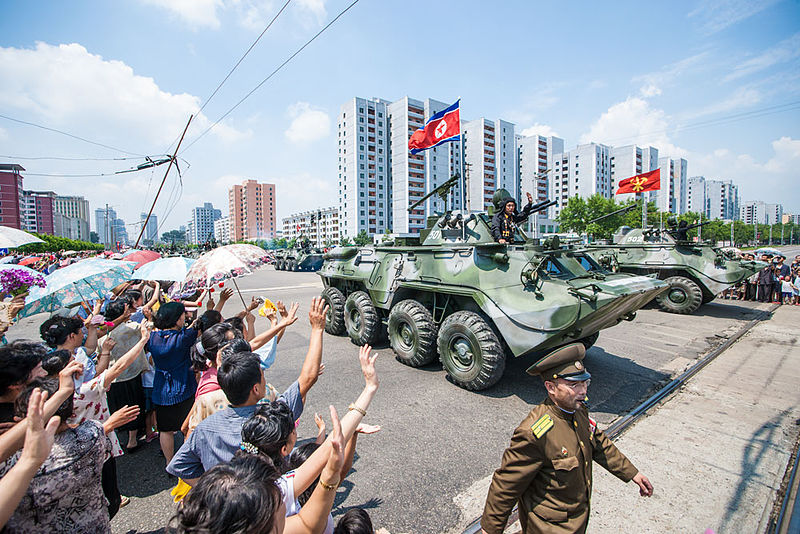 Ever since North Korea began its missile development program in the 1970s, its threat as a potential nuclear power has fluctuated as attempts at negotiations were often postponed in the past. Since Kim Jong-Un came to power, the number of missile launches and nuclear tests by North Korea increased drastically, nearly tripling the total number of tests conducted under his father and grandfather combined. The United Nations Security Council has successively passed tighter economic sanctions, ranging from bans on military-related technology and seafood to caps on oil and refined petroleum. On top of tighter sanctions, threats exchanged between Kim Jong-Un and Trump only serves to exacerbate tensions between North Korea and the rest of the international community.

Will peaceful negotiations be able to resume and achieve their goals, or will direct conflict be unavoidable? In the past two years, North Korea has tested a total of forty-seven missiles, and in November, they have even successfully launched an intercontinental ballistic missile that puts mainland U.S. within range. Unlike his father and grandfather who seemed more willing to negotiate the possibility of denuclearization of the Korean Peninsula, Kim Jong-Un has put nuclear and missile development as a top priority since his ascension to power. North Korea is led by a unitary one-party government, essentially a totalitarian dictatorship. Further pressuring by the international community would only make North Korea feel more threatened and vulnerable, which would accelerate their weapons program. It is important for the U.S. and its allies to reassure North Korea that they would not infringe upon the sovereignty of a denuclearized North Korea.

In the past, negotiations have taken place such as the Agreed Framework which was signed in 1994 between the U.S. and North Korea, and the Six Party Talks, which began in August 2003 involving China, Japan, North Korea, Russia, South Korea, and the U.S. The former broke down with North Korea stretching the limit to test its missiles and the U.S.’s policy changes. Thereafter, negotiations shifted to the Six Party Talks. It appeared quite successful at first when North Korea agreed to abandon its weapons program in 2005. However, the talks came to a halt when the U.S. sanctioned several North Korean entities believed to be involved in nuclear proliferation activities. Since then, these talks have continued intermittently but with little to no results. Obstacles that frequently stood between a successful negotiation include the unpredictability of the North Korean regime and the other countries’ divergent interests.

However, North Korea’s actions are not entirely illogical and radical. From their willingness to engage in dialogue, we see that they are not steadfast on a path towards complete isolationism. The formal talk between North and South in January further alleviates the concerns of war. But, on the more unpleasant side, this certainly does not indicate North Korea’s willingness to denuclearize, or even postpone their accelerated weapons program. It may be a sign that the sanctions imposed by the UN and other countries are hurting the North too much, and they hope to cut some of it through negotiations with South Korea.

During the meeting of countries that sided with South Korea during the Korean War in January, the U.S. Secretary of State warned that if North Korea did not come to the table, they would be choosing the military option themselves. The White House’s change of plan for the appointment of the U.S. ambassador to South Korea because of disagreements regarding policy towards North Korea further signals the U.S.’s serious consideration of war. Yet North Korea seems to believe that the only way to prevent a military strike by the U.S. is to secure nuclear weapons that target their mainland. Kim Jong-Un fears that the West will assimilate their ideology and overthrow the authoritarian dictatorship of the Kim family. Indeed, the choices are hard to make. Increasing sanctions may back them into a corner and cause retaliation through war, as predicted by Russia. But they are not about to abandon their weapons program anytime soon either.

Although the outlook for the prospect of denuclearizing the Korean Peninsula seems grim, both sides should avoid direct confrontation in war at all costs. The formal meeting between the North and the South indicate a possible turning point. If negotiations could resume after the games, both sides should be willing to make some concessions. Sanctions could be slowly relaxed in exchange for halting the research in nuclear and missile technology. A complete denuclearization of the Korean Peninsula may seem an impossible task due to North Korea’s rapid progress in missile development. But ultimately, it should be pursued through peaceful negotiations, whereby each side takes a few steps back. Pressuring North Korea though various sanctions would most likely result to a harsher rebound.