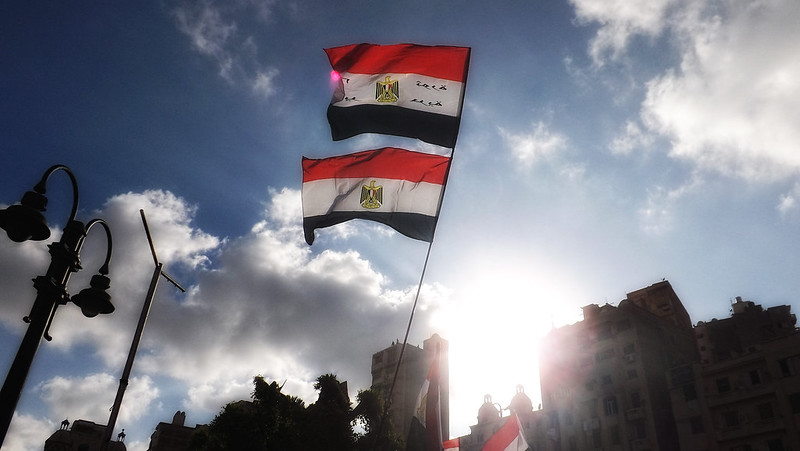 In 2019, Egypt saw yet another wave of protests. This time, protestors from both the right and left targeted President Abdel Fattah Sisi on the basis of corruption. Though the reasoning behind criticisms differed vastly, Sisi responded with a simple answer – the issue was “political Islam.” In almost every pro-government media response to the protests, the core enemy was “the Muslim Brotherhood.” If one wants to understand current Egyptian politics today, it is critical to examine the past and study the foundational writings that make up the political goals of al-Ikhwan al-Muslimun. Hassan al-Banna’s writings on jihad will be of paramount concern. Understanding what exactly Hassan al-Banna meant by jihad may prove useful in sifting through legitimate security concerns versus government posturing. Hassan al-Banna’s work On Jihad holds no monolithic view on what jihad means, but rather adopts two different views proposed throughout history. For al-Banna, jihad is both militaristic and peaceful. This research essay will seek to explain how Sufism and colonialism were critical factors in shaping al-Banna’s views.

Regarding his Sufi interpretation of jihad, Hassan al-Banna writes that the main purpose behind jihad is that of dawah, or the spreading of Islam’s message. This proselytism was to bring people into righteousness not “to further their personal gains […] rather jihad is used to safeguard the mission of spreading Islam […] this would guarantee peace […] for Islam, even as it ordains jihad, it extols peace.”[i] For al-Banna, Islam’s original message was that of pure peace. Jihad became a mechanism for him and others to actualize eventual non-violence. This conceptualization parallels similar thoughts of earlier Muslims, especially Ahmadiyya thought. For example, Ghulam Ahmad and his followers urged to “continue this jihad of the pen by publishing religious books,”[ii] where the utmost concern of jihad was that of dawah. al-Banna then flips the script here – he takes on a complete Sufi interpretation when he argues that jihad is all about the intention of one’s soul. If one embarks on jihad, one must realize that the “love of pomp is forbidden to him, and the love of show is forbidden to him, and thirst for spoils is forbidden to him.”[iii] The jihadists must abstain “from indulging their personal desires and cravings,”[iv] just as the companions of the Prophet did. Al-Banna’s rhetoric choice is very Sufi-like here, and implies jihad al-nafs, a struggle against one’s baseline desires. Pursuing jihad with the wrong intent and for the wrong reasons was utterly wrong, according to al-Banna.

Sufism clearly influenced al-Banna’s views on jihad. Growing up, al-Banna “recalls that as a twelve-year old boy he was attracted to the dhikr ceremony of the al-Hassafiyya Sufi order, in which he later became a fully initiated disciple.”[v] A dhikr ceremony is a Sufi practice that involves the repetition of the names of God until one achieves a trance-like state. He gradually drew himself into more mystic practices, and went so far as to create an extension group called the Hassafi Welfare Society.[vi] This group’s sole purpose was that of dawah, which is precisely the same interpretation of jihad that Hassan proposes in his work On Jihad. The Hassafi Welfare Society’s main mission was to counteract the incoming Christian missionaries from the Christian Biblical Mission who proselytized under the pretense of medical help and nursing.[vii]  Even when examining the group structure of the Muslim Brotherhood, it is easy to understand that it is derived from Sufi order structures.  The youth group in the Brotherhood was called the “the Rovers,”[viii] or in Arabic as the Jawwala. These “boy scouts” focused on spirituality, “Sufi self-discipline, teachings about Islamic warriors, chivalrous masculinity and the importance of jihad.”[ix] Sufi teachings regarding intention and dawah were central to Hassan al-Banna’s development as a child, and it is clear that it influenced how he structured the Brotherhood and what he thought about jihad. Jihad was only a normal and necessary extension of proper Muslim practice.

Al-Banna showcases his Sufi thought more, especially when he basically becomes an apologist for Sufi leaders. He argues that since the beginning of the Islamic empire, “the Muslims […] never abandoned jihad nor did they ever grow lax in waging it, not even their […] mystics, […] Abd Allah b. al-Mubarak, the canon lawyer and ascetic, was a volunteer in jihad for most of his life, and Abd al-Wahhab b. Zayd, the mystic and ascetic, was the same […] Shaqiq al-Balkhi, the Sufi shaykh, used to dispatch himself and his disciples off to jihad.”[x] His defense of Sufi sheikhs during this time may have been due to increasing pressure from the rise of Salafi thought, originally established in Egypt by people like Muhammad Abduh. During this time, “Sufism was increasingly seen as backwards and superstitious […] Salafī shaykhs like

Muhammad `Abduh […] argued that Islam was in actuality a rational religion far detached from the superstition of the orders.”[xi] Hassan al-Banna thus had to engage in a balancing act; he could not completely accept Sufism but rather he had to switch sides constantly. In fact, it was this new Salafist “rejection of ‘Sufism as a phenomenon [that] may account for why al-Banna could not continue his professional relationship with the Cairene Salafīs like Rashīd Rida, who was a disciple of `Abduh.”[xii] This is all really interesting, considering the fact that the original Egyptian Salafist Abduh “was much drawn to Sufism”[xiii] as a young child. Al-Banna not only had to act differently in regards to his deep admiration and interest for Sufism, but also politically. It is clear that he played both sides when he attempted to persuade Sufi sheikhs of “the need for reform so that all might unite and work together for the salvation of Islam.’”[xiv] The drive for political cohesion and solidarity drove al-Banna’s actions within the Muslim Brotherhood.

Hassan al-Banna’s interpretation of jihad as militaristic is also apparent in his piece On Jihad. He begins his work with a litany of verses regarding warfare in the Quran, and states that God “conjoins warfare with prayer and fasting, showing clearly that it […] is one of the Pillars of Islam.”[xv] When he discusses who jihad can be waged against, he professes plainly that the People of the Book are excluded from his mercy. Citing Surah At-Tawbah, Ch. 9 verse 29, al-Banna argues that the People of the Book lie outside the “religion of truth” and must be submitted to the jizya to “humble” themselves.[xvi] He believes that there exists a “clear indication of the obligation to fight the People of the Book, and of the fact that God doubles the reward of those who fight them […] Jihad is not against polytheists alone, but against all who do not embrace Islam.”[xvii] His militant writings are extensive; they incorporate many sayings from the hadith literature as well as writings from the four leaders of the different madhabs. Hassan al-Banna comes off as extremely qualified, and his strict adherence to the bones of Islam, the Quran and hadith, strengthen the credibility of his arguments ten-fold. Regarding the conduct of war, he draws a bright-line and says that “it is forbidden to slay women, children, and old men, and to dispatch the wounded, or to disturb monks and hermits, and the peaceful who offer no resistance.”[xviii] It is clear here that his conduct of warfare rules are stated in relation to his Sufi thought – jihad was for dawah and dawah only. Any transgression in war was an overstep in what he believed to be proper jihad. He offers a snarky comment right after this, saying that Islam is much more peaceful than how Western nations perceive themselves as. Islam’s mercy stands nowhere close to the “murderous warfare of the civilized peoples and their disgusting atrocities.”[xix]

Western colonialism was a key factor influencing much of al-Banna’s thoughts on jihad. Just as Ibn Taymiyyah wrote in response to the Crusades and the Mongol invasions, Hassan al-Banna writes in a time where Egypt is responding to British influence. He hints at his qualms concerning Western encroachment when he says that Muslims “are compelled to humble themselves before non-Muslims, and are ruled by unbelievers […] Their lands have been trampled over, and their honor besmirched […] Hence it has become an individual obligation […] on every Muslim […] to engage in jihad.”[xx] Egypt and Britain’s relationship during his childhood played a key role in the shaping of this Islamic thought. Though it was clear that Egypt legally became independent post-1922, it was clear that “British control of the Egyptian military and influence on Egyptian politics lasted well beyond that date.”[xxi]  For example, though Egypt nominally claimed to be free, the British still had the right “to retain control over Egyptian […] internal policy in the […] Suez Canal and Sudan […], Egypt remained a de facto colony.”[xxii] It is important to note that Hassan al-Banna’s anti-imperial thoughts concerning jihad did not just stay localized to Egypt’s struggle against the British. They would also later spill over to Palestine, which became a hot conflict soon after his passing. During al-Banna’s time in the Brotherhood, they actively played a role in the “pro-Palestinian campaign organized during the dramatic riots in Palestine in 1936–1937, and again behind the Brotherhood’s military and ideological contribution to the ﬁrst Arab–Israeli War in 1948.”[xxiii] The liberation of Palestine as part of a greater anti-colonial struggle was of great importance in al-Banna’s call to jihad.

Jihad is understood as both a militaristic and peaceful phenomenon in the writings of al-Banna. Though he wavered back and forth from supporting Sufi institutions, it is apparent that much of al-Banna’s conceptualizations of jihad had been influenced by his Sufi upbringing. Al-Banna attempted to play both sides as he witnessed a growing Salafi movement against Sufism in Egypt after the death of Muhammad Abduh. Additionally, his militant interpretations of jihad were strongly influenced by pervasive colonial control in post-independent Egypt. As Britain meddled in the affairs of both Egypt and Palestine, the Muslim Brotherhood had to use jihad as a method to call Muslims into action.

This research and analysis may prove useful to understanding current uses of jihad in the Brotherhood as well. In the context of the modern-day Brotherhood, fear-mongering may prove suspect. Jihad, for many followers of the Brotherhood, may simply be that of the original Sufi interpretation by al-Banna. Polar extremes exist in every organization, so it would be no surprise to find many who harbor militant mentalities as well. However, evidence points to the fact that the “the Brothers have adhered to the beliefs of its founder Hasan al-Banna of non–violence and expansion of the ideals of Islam through education.”[xxiv] Sisi’s rhetoric may thus be understood as reductionist. It is reductionist in the sense that it boils all of Egypt’s problems down to political Islam, while ignoring massive amounts of corruption and political elitism. Sisi’s tactic of appealing to Western nations has proven effective. It is clear to note that this essay is in no way, shape, or form, a support of the Muslim Brotherhood. The purpose of this research is to provide a historical understanding of how the Brotherhood has interpreted jihad, and whether or not this interpretation necessarily warrants a violent approach. Most of the evidence points towards no. The Muslim Brotherhood is a complex organization, and must be understood in all of its complexity. Mere reductionism will only worsen Egypt’s political problems.

[v] LoSordo, John Joseph. “Is The Muslim Brotherhood Today The Same As The One That Existed Under The Autocratic Regimes In Egypt And Jordan?” Law School Student Scholarship (2014), Page 4.

[xi] Elmansoury, Tammy. “Spirituality, Islam, and the State: The Origins and Disavowal of Sufism in