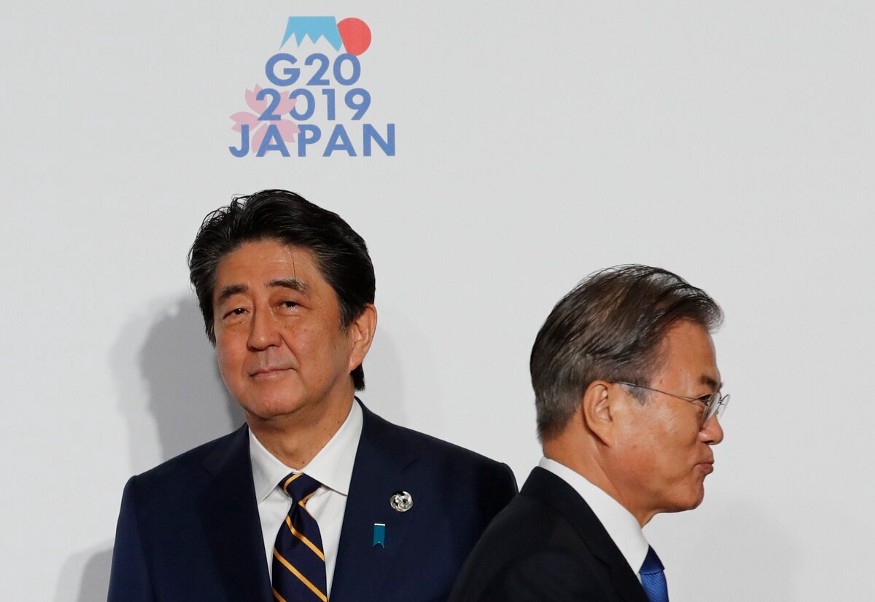 History often serves as a potent force in global affairs. Its power over them can be comparable to DNA: an unseen, ancient, highly complex structure composed of even smaller units that all form to cast immense influence over the actions an organism takes and how it interacts with its environment.

Events of the past permeate deep into the collective memory of any nation. Just like DNA, the nature of history’s effects on contemporary geopolitics can depend on evolution or manipulation. Even when centuries or decades old, history can form a powerfully deep-seated narrative that winds up shaping and influencing the behavior of a state, even in the face of contemporary realities that may dictate otherwise when developing foreign strategy.

Relations between South Korea and Japan provide a case-in-point in this regard. While the powerful logic of realism lays the rationale for a robust security alliance between the two in the face of a rising China, historical memory and nationalistic fervor evoked from past trauma leave the two disunited and disengaged, and keeps their relationship fractured, even when their security rests on their ability to work together to maintain the balance of power in the region.

The History Problem, in Brief:

The origin of the current contention between South Korea and Japan can be traced back to the brutality of Japan’s empire – an entity which ceased to exist nearly eight decades ago. Throughout the course of modern history in the East Asian region, the Korean peninsula has often sat exposed and abused as a result of global imperial competition and expansion. Imperial Japan was responsible for systematic brutality during its occupation of the peninsula from 1910-1945. Among the detestable policies of the Japanese occupation were forced labor and the Japanese military’s use of Korean “comfort women” as sex slaves in wartime borthels. Many of the victims of these brutal and exploitive policies are still alive today to tell their stories.

To this day, the suffering Koreans endured still permeates deep into the relationship held between their nation and Japan, even in the face of a mutual benefit in leveraging the power of cooperation against a rising China. The starkest indication of these contentious historical grievances bubbling back to the surface is illustrated with the path the two governments have taken in the past two years.

In October 2018, South Korea’s Supreme Court ruled that a Japanese steel company, which helped perpetuate forced labor over half a century ago, must compensate Korean workers for their unpaid duties. Japan argues vehemently that cases under this purview have been addressed under a 1965 treaty between the two countries which effectively normalized relations. Furthermore, a 2015 agreement designed to mend the “comfort women” wound has ignited sharp backlash from hardline nationalists in both countries, further limiting avenues for officials to ease the growing tension.

The escalatory measures taken by both sides have manifested into several other facets of the bilateral relationship. Trade and intelligence sharing have become tools for showing dismay with one another. Prominent examples include export controls Japan placed on industrial chemicals vital to South Korea’s semiconductor industry and South Korea’s recent threat to exit an intelligence-sharing pact with Japan. China and Russia also took their own measures to compound trouble: a joint military flyover into a chain of islands contested by South Korea and Japan in 2019. The result was an alarming military confrontation in which South Korea fired dozens of warning shots at the encroaching warplanes.

In April 2020, Japan’s reluctance to consider the idea of adding South Korea to the Group of Seven Club prompted an official in South Korea’s presidential office to state that “Japan’s level of shamelessness is in the world’s top tier.” Japanese firms have also been exiting the South Korean market at an accelerated rate due to a protracted trade war and an anti-Japanese boycott movement in South Korea that shows little sign of abating.

These actions have been the consequence of bottom-up and top-down negative engagement with Korea’s and Japan’s traumatic history. In short, these two dynamics feed into one another. From a domestic standpoint at the elite level, it is often politically expedient for politicians to evoke nationalistic sentiment by taking polarized, hardline stances on the historical contention held between the two. To many experts, Japan’s tough stance against South Korea stems from “apology fatigue,” the idea that Japan has done more than enough to apologize for its past atrocities and that South Korean backsliding on official agreements demonstrates an insincere desire to truly reconcile the relationship. It is the result of a younger, more nationalisitc generation of Japanese born after World War II who now equate apologizing with “selling out” Japanese pride, history, and culture.

Under the lens of the International Relations theory of realism, Japan and South Korea possess a mutual interest in working together to balance against a rising China and to collectively confront a nuclear equipped North Korea in a cohesive manner. Professor John J Mearsheimer captures this dynamic most eloquently in his book, The Tragedy of Great Power Politics, when he states: “In a world where there is no agency to protect them (states) from each other; they quickly realize that power is the key to their survival.” Power, in other words, can also be gained by working together to balance against a mutual threat. In regards to a state like China, its principal aspiration is to become a regional hegemon in the Asia-Pacific. A hegemon is best defined as a “state that is so powerful that it dominates all the other states in the system.” For China, pursuing this goal means eroding the United States’ ability to serve as an offshore balancer in maintaining the status quo in the region. It becomes clear that this is a scenario neither South Korea or Japan wants.

Realism dictates that Japan and South Korea diffuse their historical grievances and opt in for a strategy that is based off of sheer pragmatism. It requires a tenable level of rapport and cooperation in order to confront China as a collective whole. As long as South Korea and Japan’s relationship remains frayed, it enables China to exploit the division and further assert itself as a dominant force throughout the region.

Political leaders in both South Korea and Japan have a duty to mitigate the domestic forces seeking to demonize the other. This means refraining from taking the politically expedient route of partaking in divisive activities. Just as this example has demonstrated, leaders must balance the broader national interest with their own electoral desires to a reasonable degree. Japan ought to strike a more prudent tone when engaging with the history issue rather than framing the expression of any semblance of contrition as a humiliation of Japan’s national pride. There is a middle-road between being overly apologetic and showing a sense of sympathy for the pain many South Koreans still feel. South Korea, for its part, should abide by past reconciliation agreements and truly seek to make peace with the past. The boycotting of Japanese goods while allowing anti-Japanese sentiment to continue moving along a directionless path of outrage will not help either side come to terms with the past, nor will it serve their broader interests in the present. Both need to come to grips with reality: the past should be forgiven but not forgotten. It should not become a tool for stirring-up nationalistic backlash at the cost of failing to confront current international realities that have far greater consequences for the security of both countries. In the end, pragmatism and sensibility must prevail because regional stability rides on it.