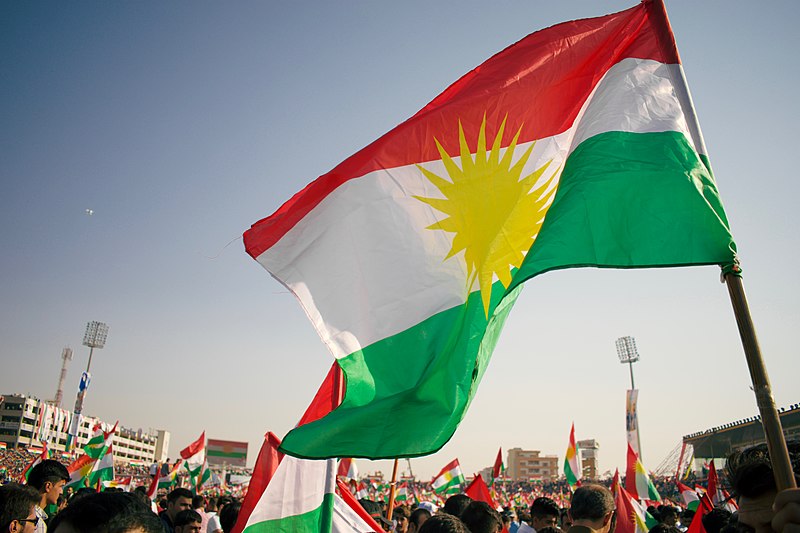 Iraqi Kurdistan and Catalonia have many similarities. Both held independence referendums within a week of each other earlier last year.  Additionally, they are both fairly autonomous regions in confederation with larger national governments – Iraq and Spain, respectively – and consist of an ethnic minority geographically grouped in their historic homeland. Yet, however comparable these regions appear, there is one major differentiating factor: The Kurds need their own country; the Catalans do not. In the absence of independence, the Kurds will remain politically disenfranchised, continue to have their culture banned, and will remain in harm’s way as a result of oppressive and often violent rule from their adopted countries. In contrast, absent autonomy, the Catalans will still enjoy great political freedom, retain the ability to openly celebrate their culture, and be significantly aided by Spain’s membership in the EU. It is an ironic misfortune that the Kurds, a people with an extensive history of suffering at the hands of their host nations and a future similarly bleak, find independence impossible, while the wealthy Catalans seek a plausible independence from a non-oppressive state willing to compromise on their demands. An independent Kurdistan will only be possible if the region works on diversifying the economy, democratizing the government, and gaining the support of the international economy.

In order to gain political and social freedom comparable to what the Catalans currently enjoy, the Kurds need their own nation. The Kurds are currently the largest ethnic group in the world without a formal homeland and are spread across four countries: Turkey, Iraq, Iran, and Syria. They have their own language and culture, and do not identify as Arab or Persian, alienating them from the ethnic majority in each of the states they live in. While Kurds in Iraq have much more autonomy and freedom than Kurds in other countries, such as being allowed a fairly autonomous government, no Kurds have ever enjoyed equal rights in their adopted countries. For example, Syrian Kurds are denied citizenship, and Turkish Kurds are banned from speaking their language, using traditional names, and have been relabeled “Mountain Turks” by the government in an effort to erase their historically separate identity. Additionally, Iraqi Kurds have had numerous atrocities committed against them, most infamously when Saddam Hussein killed over 50,000 Kurds in the late 1980’s using chemical weapons and targeted shootings in an attempted genocide. With the current war against ISIS, Erdogan’s fear of a Turkish Kurd revolt, and the tenuous power Syria’s President Assad holds, this treatment of the Kurds is unlikely to improve if they do not have a nation of their own.

Starting in January, Turkey began a military offensive into Syria called the Olive Branch Campaign. The goal of this campaign is to drive the YPG out of Afrin, a group Turkey considers a terrorist organization but the US and many other UN member states do not. So far, this campaign has reportedly killed around 25 civilians and displaced thousands more. There are also allegations of war crimes, including Turkish soldiers firing their weapons indiscriminately at Kurdish civilians, and one particularly horrifying instance where Turkish-backed fighters mutilated the breasts of a female Kurdish fighter, posed for selfies with her corpse, and filmed the entire incident. Turkish officials justify this offensive as a way to secure their border against Kurdish “terrorists”. The US and other Western powers such as France have urged the de-escalation of the offensive, and the US even stated that they would not withdraw troops from one of the cities, Manbij, that Turkey wishes to attack, potentially bringing the two NATO allies into direct conflict. But, no Western power has seriously attempted to force Turkey to cease this offensive. As gruesome and objectionable as these actions by Turkey are, there may be a silver lining for the Kurds. Under international law, secession  is mainly used as a last resort when  people have been oppressed by the government they live under. There is already an argument to be made that the Kurds have been oppressed by each of the nations they live in, but this offensive by Turkey and highly publicized war crimes only strengthens the Kurdish justification for an independent state under international law.

In contrast to the Kurds’ situation in the Middle East, the Catalans not only enjoy great political and cultural freedom but are also guaranteed safety in their homeland. While it is true that Catalonian independence activists were executed under the regime of Francisco Franco in the 1940’s, it never amounted to the systematic atrocities committed against the Kurds’ under Hussein’s regime. Since Franco’s death, the region has been largely autonomous and has its own parliament and police force. Catalonia also has significant power in the national government of Spain as its representatives total nearly one-seventh of the total number of representatives in the Congress of Deputies, Spain’s National Legislature. Catalonia also gains significant advantages from Spain’s status as a member of the European Union due to their use of the Euro and access to the single market. Additionally, Catalonia owes 52 billion euros to the Spanish Government due to a program created in 2012 that loaned cash to regions who were not able to borrow money after the financial crisis. In comparison to the Kurds, Catalans are not persecuted for speaking their language or celebrating their culture; regional TV and news stations are in Catalan. While the region does hold valid complaints about the taxation policies of the national government – Catalonia currently pays 10 billion euros more in taxes annually to the national government than they receive back – Madrid has said that they are open to negotiations regarding this issue. Such accommodation is impossible to imagine from Iraq, Turkey, or Syria. Declaring independence is an unnecessary and polarizing step for a people who are already largely autonomous, reap many benefits from being a part of Spain, and whose national government is willing to negotiate on their main grievance. While it is true that the Spanish government did take control of Catalonia shortly following the independence referendum, Spain did allow new elections for the Catalonian parliament within 3 months. The Catalans can win the concessions they want without full independence.

The unfortunate irony of these two situations is that an independent Catalonia is economically viable while an independent Kurdistan would not be. Kurdistan’s main resource are its oil fields, which Iraq violently seized shortly following the referendum, and Kurdistan lacks the military power to gain back these oil fields. Turkey, Kurdistan’s main importer of oil, has threatened to stop buying their oil or even invade the region over fears of an uprising in Turkey. More so, the United States refuses to intervene on the Kurds’ behalf because they rely on their allies, Turkey and Iraq, in the war against ISIS. Syrian Kurds under attack in Turkey’s Operation Olive Branch have also seen little international support. Western powers have condemned the invasion but have undertaken no concrete actions to resolve the attack or stop Turkey. This leaves the Kurds with limited negotiating power in Baghdad. Since gaining semi-autonomy in 2006, the Iraqi Kurds have built two international airports and improved the region’s infrastructure, but the government is essentially an oligarchy run by the family and political party of recently resigned President Massoud Barzani. Barzani’s focus on building party loyalty has left other parts of the economy, such as agriculture and manufacturing, largely neglected. Left with little industry, the seizure of their main source of income, a weak military, and a lack of international support, an independent Kurdish state is not currently economically or politically viable.

In contrast, Catalonia has the economic strength necessary to support an independent state. Catalonia is one of Spain’s richest and most industrialized regions as a result of a booming tourism and manufacturing sector that garners massive amounts of revenue and creates thousands of jobs in the region. While it is true that Catalonia’s admittance into the EU could be vetoed by Spain, thus losing their access to the single market, an independent Catalonia would theoretically have an extra 10 billion dollars per year that they would no longer pay in taxes to Madrid, which  could be used to pay for access to the single market. Catalonia may even be able to continue to use the euro without the EU’s consent in the same way that Kosovo or Montenegro do, although it would lack access to the central bank. Catalonia could exploit its existing industries, large tourism revenues, and the financial surplus created from not having to pay taxes to Madrid in order to finance a newly independent nation.

In order to experience social and political freedom similar to the Catalans, the Kurds need their own nation. It is a terrible irony that an independent Iraqi Kurdistan is not currently economically or politically sustainable but an independent Catalonia would be. The US-backed Kurdish fighters have proved themselves strong allies in a fight against ISIS, and the US and other Western powers should support their campaign for independence. In addition, in order for Kurdistan to achieve the economic power to win their independence from Iraq, the region must gain the military power to win back their oil fields. While it is currently unlikely that the US would be willing to aid the Kurdistan military because they fear a resurgence of ISIS in this region and do not wish to anger Iraq, other countries with less of a stake in the region may be willing to step in. Even if the US does not provide military support, the country still may still be able to pressure the Iraqi government into some sort of deal regarding the oil fields. The region must also strive for a more democratic government by purging their current oligarchic regime and they must improve and strengthen their infrastructure. Those in connection with Barzani should step down and new elections should be held and new officials appointed. The government could possibly request loans from other countries with the purpose of improving agriculture, manufacturing, and taking advantage of their central location to trade. Lastly, Kurdistan must attain the support of the international community and powerful countries, such as the United States, who would recognize their independence, provide economic assistance, and assist and support them in negotiations. The Kurds need their own state in order to prevent the kind of persecution that has plagued their people throughout much of modern history. This state is a possibility in the future, but the Kurds have a long road ahead. They need both internal reforms and external support before this independent state could become a reality.