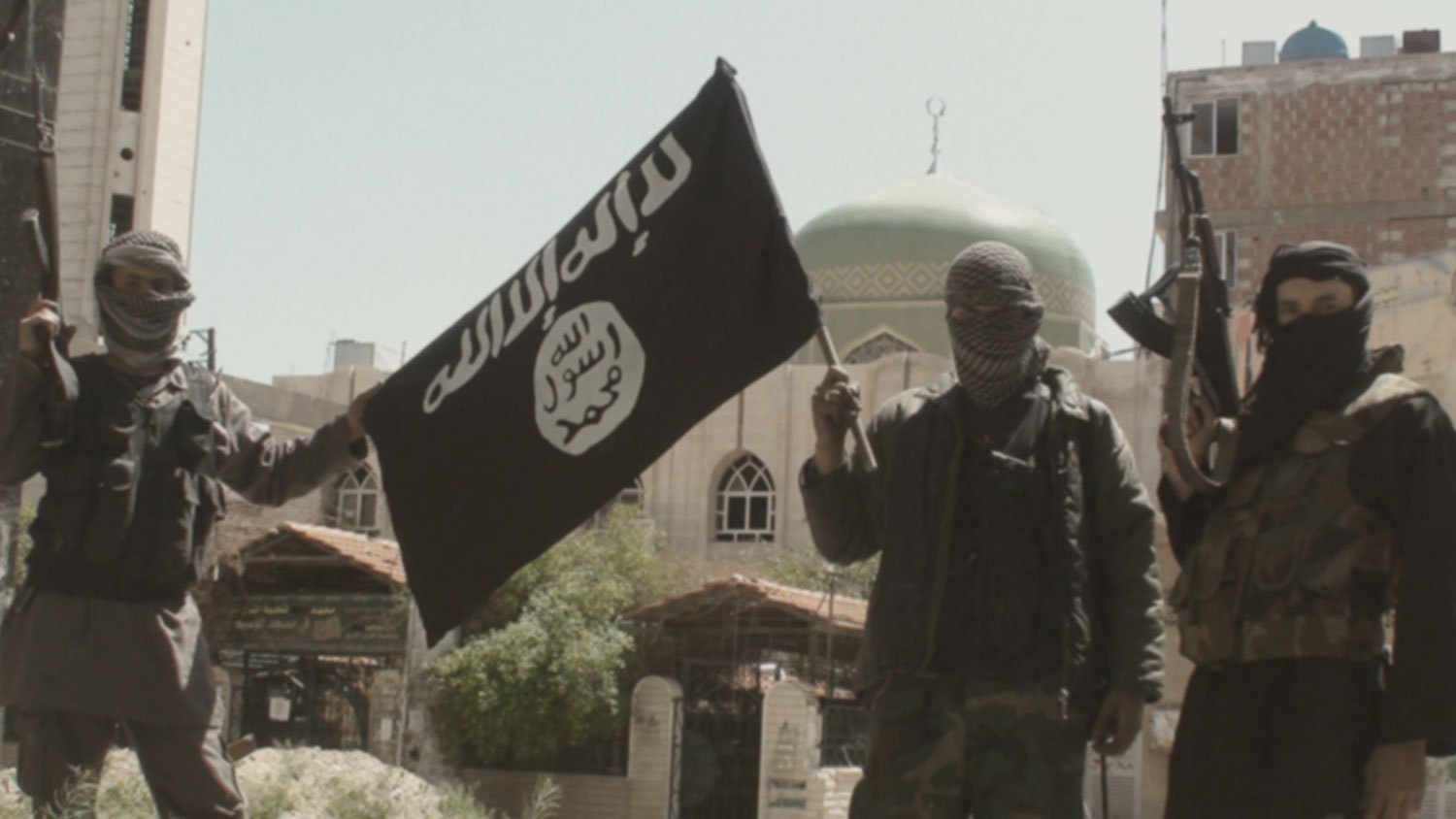 Since the Islamic State in Iraq and Syria (ISIS) formed in 2013, the United States has led a frontline fight alongside its allies to degrade and destroy the radical jihadist group. However, ISIS still persists throughout the region, and the US-led coalition’s strategy to defeat the group through primarily military means is flawed, especially where its inability to curb ISIS’s recruitment and outrageous collateral damage is concerned. The US-led coalition’s failures lie primarily in their historical lack of political coordination with the Sunnis. ISIS has thus been able to easily exploit this cleavage and deeply consolidate its roots in disenfranchised Sunni communities. Hence, to improve the effectiveness of the strategy against ISIS, the US-led coalition needs to learn from the past mistakes of Sunni disenfranchisement made by the Bush and Obama administrations, bolster the Sunni voices in Iraq and Syria calling for unity, and ultimately help re-create a strong notion of a unified Sunni community in the region. Only then can the US and its allies gain an upper hand in gradually squeezing out ISIS’s influence and its exploitation of these areas.

Thus far, the approaches taken by US leaders to quell terrorist recruitment have been ineffective because they have all generally lacked Sunni inclusion throughout the region. Since the 2003 Iraq War, both the short-sighted de-Baathification policies of the Bush administration’s state-building efforts and the Obama administration’s lackluster approach towards Syria allowed highly disenfranchised Sunnis in both nations to resort to ISIS for answers, inevitably increasing its influence and strongholds across the region.

After the US invasion of Iraq in 2003 and the fall of Saddam Hussein’s regime, the Bush administration introduced indiscriminate and ultimately detrimental de-Baathification policies. Over the course of a few years, the Iraqi government and military was swiftly purged of all remaining Sunni Baathists from the former regime. In turn, the US Coalition Provisional Authority installed exclusively Shia militias and officials into the government. Such a move quickly marginalized thousands of Sunnis once under Saddam Hussein. As a result, the then-developing militant Sunni group, Al Qaeda in Iraq (AQI) conveniently capitalized on the widespread Sunni disenfranchisement and gained significant support and influence in the region, later rebranding itself into the Islamic State in 2013. The 2003 US-led Coalition Provisional Authority pursued de-Baathification as an attempt to eliminate all remaining Baathist influences from Saddam’s fallen regime in the country. Simultaneously, the Bush administration invited in some of the largest Shia militias of Iraq, who used the new government to further increase their own power in the country. As a consequence, Sunnis became incredibly frightened of being tied to Saddam Hussein and were soon treated as the enemy by the Shias ruling Iraq. Instigated by the US’s short-sighted rebuilding efforts, this overnight reversal of Iraq’s power dynamics drove victimized Sunnis to seek assistance from AQI, the emerging Iraqi affiliate of Al Qaeda that pledged to reassert Sunni control across the country. As increasing Sunnis regarded AQI as a necessary vehicle of protection, the jihadist group expanded and was eventually able to morph into the Islamic State of today.

The Bush administration’s offensive foreign policy created favorable conditions for the emergence of the Sunni military. However, the Obama administration’s passive attitude towards the Syrian civil war was ultimately responsible for allowing the Islamic State to capitalize on the disenfranchisement of “abandoned Sunnis.” Obama’s swift pullout from Iraq in 2012 was initially lauded as a productive step. Nancy Pelosi, the then House Minority Leader praised the move, stating that it honored “the US-Iraq Security Agreement and the wishes of the American people to bring all our troops home.” However, in hindsight Obama’s unwillingness to get involved in Syria has indisputably contributed to the further disenfranchisement of Syrian Sunnis and fuelled the growth of ISIS. Two years after the 2011 uprising, Sunnis harbored increasing hatred for the violently oppressive Assad regime.

During these early years, the Obama administration should have adopted a proactive approach towards Syria and committed its full support to moderate groups of the opposition in exchange for non-sectarian behavior. However, Obama’s refusal to intervene during those critical years conveniently gave more hardline jihadist groups an upper hand in recruitment. Disenfranchised Sunnis increasingly turned towards groups such as the Islamic State for sectarian solidarity and a means of protection, and the jihadist militancy managed to effectively broaden its influence and establish a de-facto capital in the northern Syrian city of Raqqa. As the Islamic State rapidly expanded, its leader, Abu Bakr al-Baghdadi, flared the sentiments of Sunni disenfranchisement by proclaiming an alleged international conspiracy, accusing the West of encircling and beleaguering this majority sect of Islam. Thus far, the growing fear and beleaguerment felt by the Sunni community in Syria and other regions have served as nothing but ammunition for ISIS’s expansion. In fact, in July 2013, Syria’s then largest rebel faction, the Free Syrian Army (FSA), publicly expressed its willingness to cooperate with ISIS, stating, “ISIS are our brothers who came to help us in a time when other Islamic and Western countries kept silent about the regime’s crime” Once described as the “cornerstone brand of Syria’s moderate opposition, representing the original moderate vision of the revolution,” the FSA has become largely decentralized and currently faces great dysfunction within its ranks. Had the Obama administration crafted US foreign policy during the war’s early years to display a committed willingness to engage with and assist these and other moderate Sunnis in their fight against the Assad regime, they would likely have resisted the calls of extremist groups like ISIS for desperate solutions.

Hence, the new Trump administration needs to seriously modify the existing methods of the US-led coalition against the group and rally the Sunnis. As the frontrunner of this global fight, the United States should acknowledge the potential and importance of of Sunni Muslims in the region to serve as a vanguard proxy to fight the Islamic State. The US should work to help Iraq revive its notion of a resilient and united society from its weak sense of nationalism. This includes bolstering Sunni voices in the country that are already calling for national unity.

The Trump administration cannot afford to demonize Iraq and other Arab countries, as it did so with its repeated (but failed) travel ban attempts. By implementing these actions, the United States will further distance already frustrated Sunnis in fear of international beleaguerment and essentially sleepwalk into al-Baghdadi’s conspiracy. This will result in increased leverage for ISIS and the guaranteed failure of any future American approaches toward cooperating with the region’s Sunni Muslims.

As we witness  rising aggression surrounding the Trump administration’s foreign policy, seen from the most recent slew of missile launches targeting Syrian governmental airbases as a response to the Khan Sheikhoun chemical gas attacks, as well as the largest non-nuclear bombings of ISIS caves in Afghanistan, it is clear that the US is taking a much more resolute stance against the Assad regime and ISIS itself. Nonetheless, exclusively resorting to military approaches will not yield any long-term results. Instead, the US needs to further rally the region’s Sunni Muslims in the fight against brutality and radical extremism. No matter what approach the US-coalition eventually settles on, one thing is certain: a continued American passiveness towards engaging with the Sunni community has already and will continue to embolden ISIS’s view that the West has little regard for these Muslims. As a result, Sunni disenfranchisement will continue to rise as it has done since the Iraq War.

The United States and its allies must shift their current approach. Only by acknowledging the disenfranchisement of Sunnis in the region and extending a genuine helping hand will there be any actual hope in degrading and destroying ISIS. In the meantime, ISIS will continue to exacerbate the region’s societal divisions and use the mass Sunni disenfranchisement as a feeding ground for its expansion.