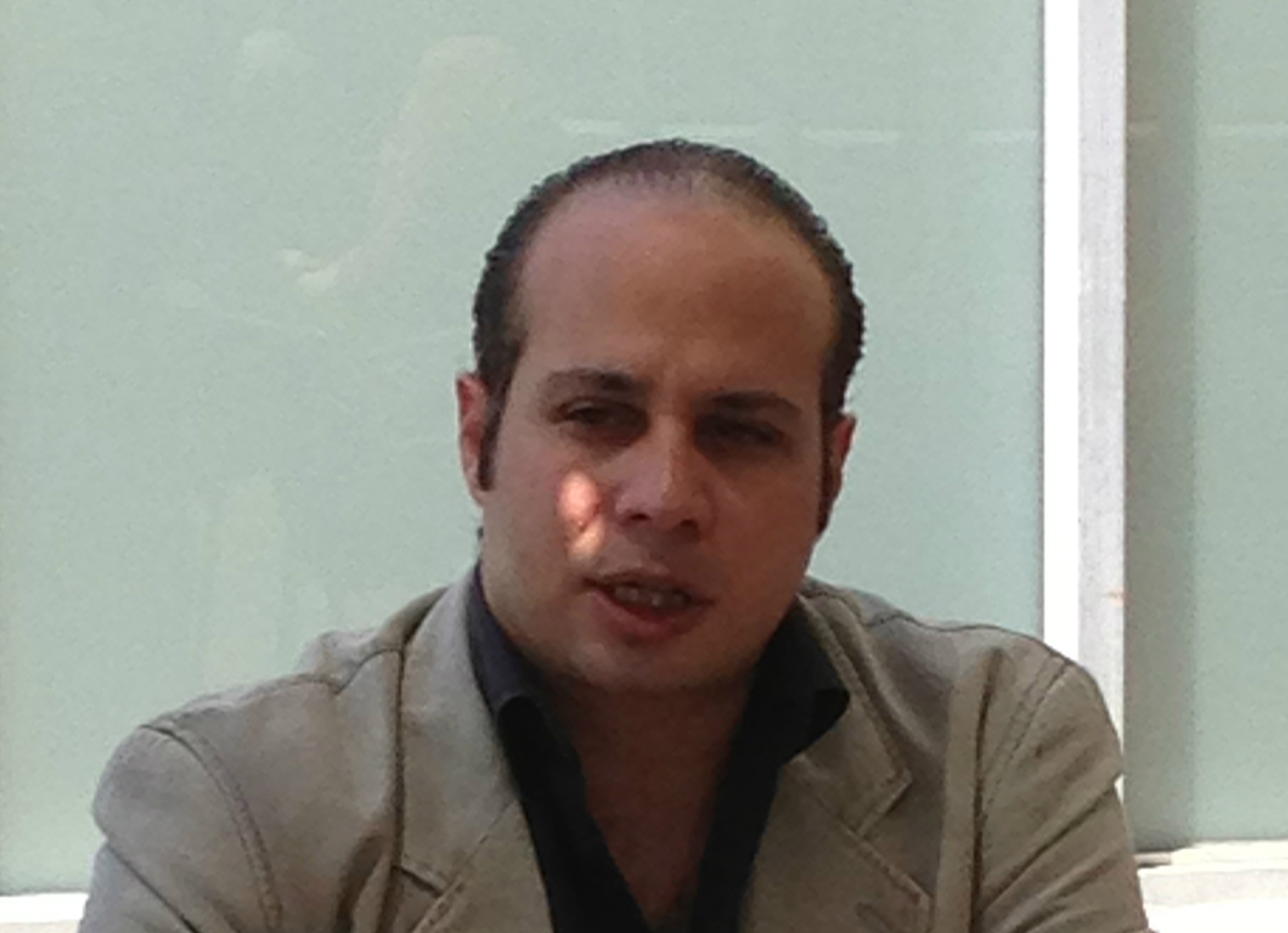 CAIRO – Ahmed Maher, architect of Egypt’s 2008 April 6 Youth movement and Nobel nominated political activist has been on hunger strike for the past two weeks. Maher, who visited the UCLA campus twice in the last year, continues his policy of non-violent resistance from within Torah Prison in the lead up to his appeal hearing on January 8.

Maher was arrested and charged with violating a controversial new law in Egypt that criminalizes gatherings of more than ten people. After voluntarily surrendering to authorities on November 29, he and two fellow activists, Ahmed Douma and Mohammed Adel, were convicted on December 22 and sentenced to three years hard labor. The three were convicted on charges of rioting, thuggery and the use of violence against security officers.

Maher has been kept in solitary confinement since his transfer to Torah, according to reports smuggled out of the prison. He has been denied access to writing materials, but managed to send out a number of messages written on toilet paper. Sources close to Maher confirm that he has been on hunger strike since December 25.

Maher first came to prominence during the 2011 uprisings against Hosni Mubarak. As one of the principal founders of the April 6h Egyptian youth movement, Maher became a vocal opponent of the Mubarak regime, and a lynchpin in the electronic resistance efforts of Egypt’s “Arab Spring.” Since that time, he has continued to be an outspoken advocate for democratic reform, first against the perceived autocratic presidency of Mohammed Morsi and later against the military-installed Provisional Government of Acting President Adly Mansour.

Maher was nominated for a Nobel prize in 2011, alongside April 6 co-founder Israa Abdel Fattah, in recognition of their sustained efforts to promote non-violent change in Egypt. The organization has over 70,000 active participants and includes a strict code of conduct for members. During his recent visit to the UCLA campus, Maher described the extensive process applicants must go through to demonstrate a commitment to the non-violent ethos of the group before they are considered active members. Maher’s conviction on charges of violence have been seen by some as an attempt to denigrate the organization’s reputation and undermine its legitimacy.

Since the Egyptian coup d’état in July of 2013, the group has come under increasing pressure from Egyptian authorities. Maher has suggested that the military junta demonstrates the return of the remnants of the Mubarak regime to power in Egypt, negating the gains of the 2011 revolution. In a message from the prison dated Dec 10th, Maher states that “All the corrupt figures of the Mubarak era are back and the abuses of human rights have increased…it is now crystal clear that this is a war against the January 25th revolution.” In addition to the new regulations outlawing public gatherings, the current government has also instigated a severe crackdown on dissident groups, designated the Muslim Brotherhood as a terrorist organization and declared a state of emergency in response to mass protests throughout the country.

International responses to Maher’s conviction have been critical. Both the United Nations and the European Union have expressed concern over the suppression of political dissent and the targeting of democratic activists by the regime. In the United States, the State Department expressed deep concern over the worsening climate for freedom of assembly in Egypt and the notion that the conviction of opposition leaders and human rights advocates sends a “chilling message to civil society at large.”

In response to the heavy handed tactics of the police in suppressing political demonstrations and dissent, the Obama administration announced a temporary freeze in aid to Egypt in October, although Secretary of State John Kerry was quick to clarify that this was not intended as a punishment against the military regime. Calls for a stronger response from the administration against the suppression of democratic ideals in Egypt have gone unheeded.

International human rights activists and civil society actors have rallied around the convictions as proof of the anti-democratic and authoritarian nature of the interim government. A strong presence on Facebook and Twitter has gathered momentum in the build-up to the next court appearance in an effort to show solidarity with the pro-democracy movement in Egypt. A web-page (http://www.jan25solidarity.com) has also been launched to coordinate advocacy efforts and to focus international attention on the case.

Maher, Douma and Adel will have their appeal hearing on Wednesday, January 8.