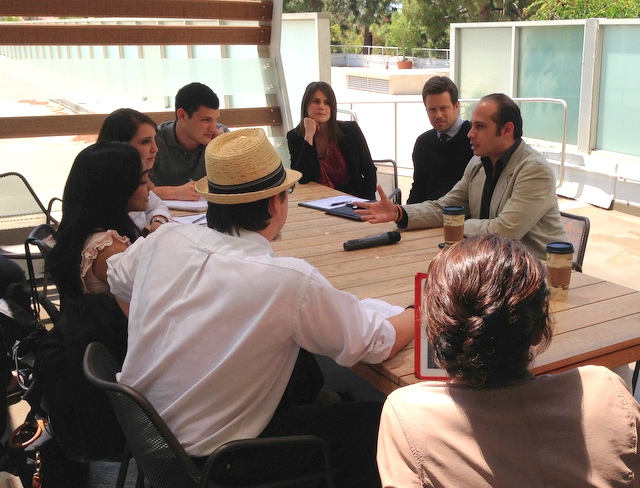 A little over a week ago, The Generation was fortunate enough to host and interview Ahmed Maher, a modern-day revolutionary, who upon his return to Egypt a few days ago was arrested by Egyptian authorities. Ahmed Maher was one of the leading architects of the “Arab Spring” in Egypt, a founding member of the April 6th movement, and a proponent of youth oriented political change and democratic inclusion for one of the oldest nations on earth. The organization, which had begun with a handful of dedicated activists, now encompasses upwards of 50,000 dedicated and politically active members from a broad cross section of Egyptian society. Inspired by student-led, non-violent protests in Eastern Europe, the April 6th movement has worked tirelessly to embody the ideals of political activism, collective expression, and non-violent change that are the hallmark of modern democratic societies, as exemplified by Mahatma Gandhi, Dr. King, and Otpor!.

That is why it is so disheartening to report that upon his return to Egypt, Maher was immediately arrested and detained on a number of politically motivated charges. He was subsequently released on bail, but must now face another round of legal and political obstacles. This is not the first time that he and his fellow April 6th leadership have been attacked by the Egyptian establishment – but this time it is not the corrupt regime of Hosni Mubarak that fears the voice of Egyptian youth – rather it is the government of President Mohamed Morsi. Amongst a flurry of other high profile arrests, the detention of Maher for crimes of “incitement” only goes to demonstrate the desperate measures the current regime is willing to go to in order to quell dissent amongst the people.

What is most disturbing is the notion of Maher being portrayed as a threat to the peaceful stability of the state. Throughout our conversation with him on campus, a number of points were continually raised: the need for Egypt to transition into a true, peaceful democracy; the necessity of maintaining the non-violent philosophy of the organization; and the fact that the solution to Egypt’s pressing social, economic, and political problems must come from the people of Egypt themselves. Ahmed Maher is an Egyptian patriot in the true sense of the word. The rigorous process through which hopeful Egyptian applicants must apply to become members of April 6th is intended to make them prove their commitment to the aims, goals, and philosophical objectives of the group. This strict dedication stands as a testament to the movement, and to its leadership’s desire to help Egypt navigate through this complex period of transformation.

Maher was in the US in an attempt to raise political awareness of the situation on the ground back home. He travelled to a number of cities, meeting with powerful groups in the Obama administration and Congress, as well as with student groups such as The Generation here at UCLA. When we asked him directly what he wanted to achieve during this visit, Maher replied that he wanted to highlight the complex challenges that democracy faced in Egypt, and help to forge connections between youth groups and activists across the globe. To be clear, he did not want US students to answer the questions facing his country – the Egyptian people are quite capable of doing that for themselves – but what he wanted was for a sense of solidarity and shared understanding, support, and compassion between the youths of the world. The more visible we are to each other, the more successfully we will be able to face the challenges of the modern era.  The April 6th movement stands as a testament to what can be achieved by dedicated people, and those willing to stand up for what they believe in.

Ahmed Maher and his allies were able to use the power of social media to help foster the revolution two years ago. Facebook and Twitter stand out as ideal non-violent media through which activists can gather, coordinate, express their views, and work for change. Even from a distance, those with an interest in the solidarity that Maher was talking about can make their presence felt. There are already rumors floating through the net concerning President Morsi deleting tweets about this incident, in the face of public scorn. With that in mind, I would urge you to take your place on the digital barricades. News concerning this recent arrest can be followed on Twitter at #FreeMaher, and there are countless Facebook and other Twitter feeds you can follow, write on, and show your support for. Our generation is often accused of being disinterested in the world at large, or at best of being “slacktivists.” The dedicated youth of Egypt prove that idea to be false – stand with them, and show the world that our generation is up to the challenges of the 21st century, wherever in the world they may be.

Written by James Walker on behalf of The Generation editorial team.